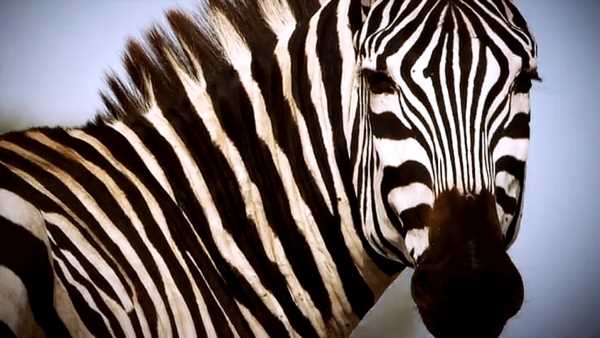 Discovery’s epic Serengeti is a bit of a soap opera in our exclusive Sunday clip of the classic boy-versus-boy battle for the girl.

The familial and relationship drama and stories are played out in great detail thanks to the prescient and clever lensing of director John Downer.

He followed these great animals of the African plains and over time, learned their behavioral patterns and predictive natures. The third and latest episode for Discovery caught a herd of zebras in full conflict.

The reason? The male of the species’ do or die urges for the right to breed with one special, long-lashed (she actually bats them in the clip) mare named Shani, who has a foal and is the primary hotcha-hotcha lady zebra to breed with in the extended zebra family.   There are several females in the herd but for whatever reason, Shani is the “get.”

Her current stallion has to mark his turf and defend his rights for exclusive mating with a nervy interloper stallion, who wants in…literally. Zebras and mammals, in general, see this all the time during mating season when the females are in estrous or are receptive to the act.

Shani, a female zebra leading her family on the migration, has already given birth to a foal before continuing on to the river but will the newborn be able to mature enough to make the migration? That’s also on the episode’s menu.

The herd must cross the treacherous waters where Cape Buffalo also cross and crocodiles lay in wait for the weak to snatch.  Lions wait in the tall grasses on the banks.

This is not a walk in the park but a real gauntlet of survival.  All resources now in the Serengeti are in retraction mode, meaning the searing heat and lack of rain will determine who eats and who becomes dinner.

The clip shows the victor taking control of her and her family as the herd leader. Shani is the ultimate prize and she won’t be taken easily. The stallion will defend her to the death, a takeover that could tear Shani’s family apart.

Her stallion fortunately keeps his lady zebra for now and the herd returns to the business of grazing and side-stepping imminent death.

Discovery says: “With the Great Migration in full flow, there are winners and losers on both sides.”

Also this Sunday, the Serengeti families are all in anticipation of the annual Great Migration as the land gets hotter and hunger starts to be an issue.

Lioness Kali and her reunited sister entrust their cubs with a new babysitter, Sefu.

While baboon Bakari is shaken when a trip to the river for crocodile eggs nearly ends in tragedy for his new female, Checa, and the adopted baby. And a new family of wild dogs moves in, led by male Jasari, but finding food for so many mouths is no easy task.