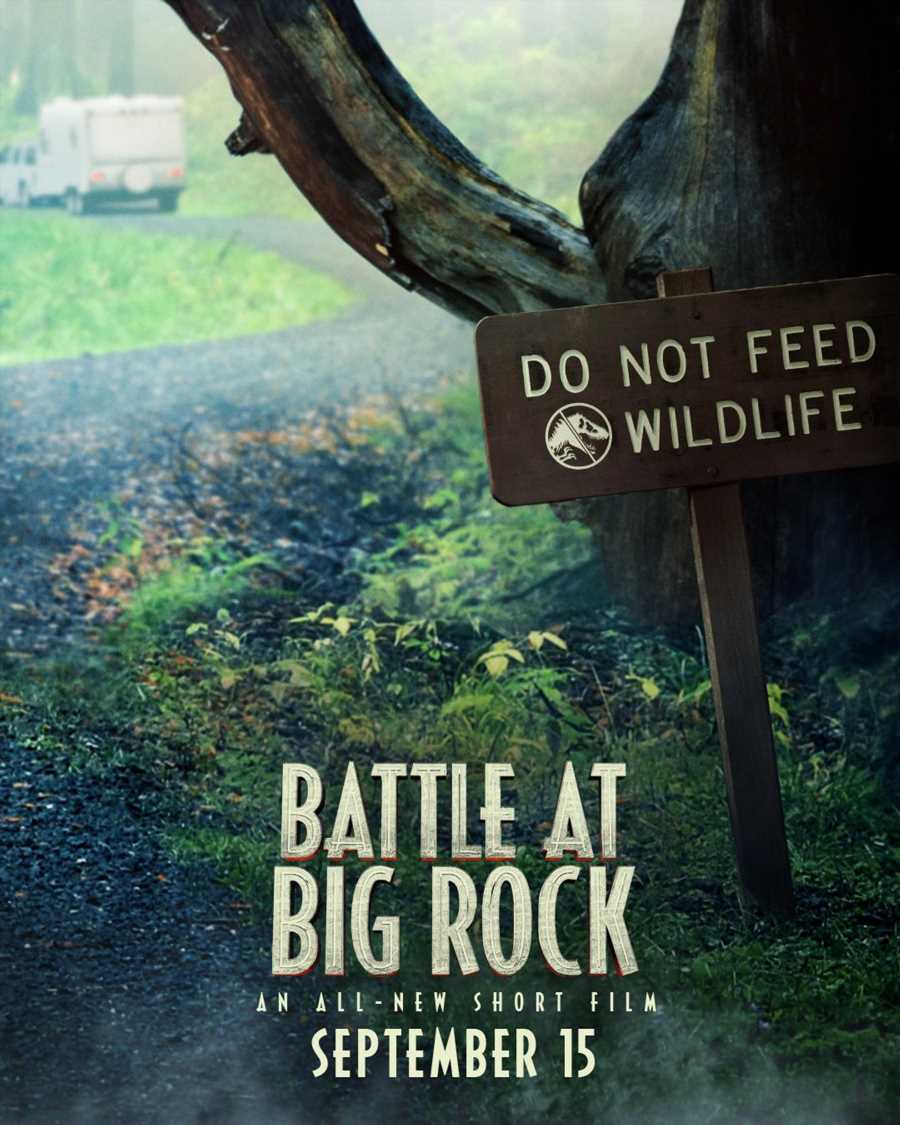 Hold onto your butts.

The short, starring André Holland, Natalie Martinez, Melody Hurd, and Pierson Salvador, will premiere Sunday on FX (the network is airing World at 7:30 p.m. ET) and then be released immediately online according to Trevorrow. The director also quoted Jeff Goldblum’s chaos mathematician Ian Malcolm in his tweet.

While it’s unclear where Rock takes place in the Jurassic time frame, EW’s best guess is it falls after the climax of Kingdom which saw several species set free in the U.S. and others kidnapped by black market buyers.

Trevorrow told EW shortly after the release of Kingdom in June 2018 that Jurassic World 3, which he is also directing, “will be focused storytelling with dinosaurs all over the world. We really wanted this technology, this genetic power, to go open-source at the end of the film. What we’re suggesting is not just that these specific animals that we care about that were in captivity were freed, but also that the ability to create these animals has gone a little bit wider than our friend Dr. Wu. The open-sourcing of any technology, like nuclear power, that’s the scary side for me.”

The poster for Rock seems to imply dinos are indeed living amongst humans in the wild and that Rock focuses on a family camping trip gone awry.