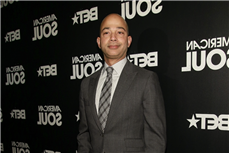 ViacomCBS has promoted Scott Mills to Chief Executive of BET.

Mills has been upped after spending four years as President of the network.

He has been with BET and ViacomCBS in a variety of roles since joining the former in 1997 as SVP, Business Development. He was COO of BET Interactive, CFO, and President and COO of the network before moving to Viacom to become EVP and Chief Administrative Officer responsible for Human Resources, Media Technology Services, Real Estate, Programming Acquisitions, Facilities and Security.

The promotion comes after a busy year for BET, which launched BET Studios in partnership with the likes of Kenya Barris and Rashida Jones.

During his time running BET, he was also responsible for the launch of BET+ and has worked with talent including Tyler Perry, Lena Waithe and Lee Daniels.

‘Ghostbusters: Afterlife’ Opening: We Came, We Saw, We Kicked Up $44M+