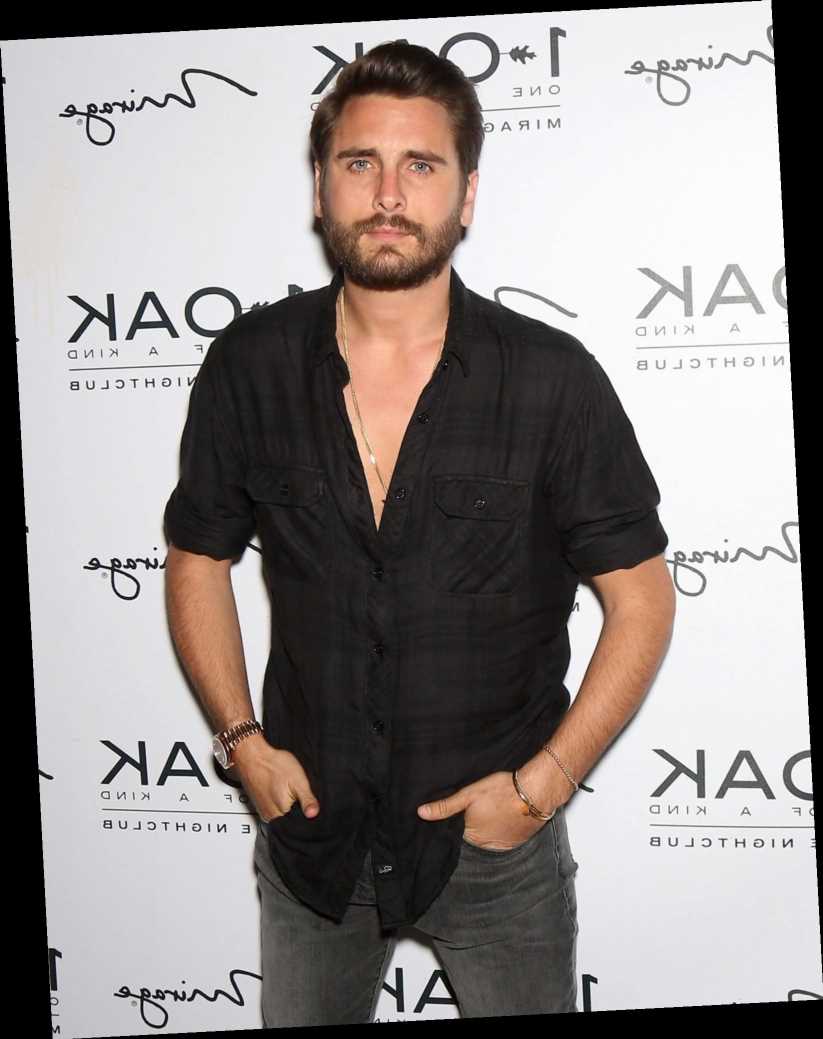 After struggling with unexplained fatigue, Scott Disick went searching for answers on Thursday's episode of Keeping Up with the Kardashians.

As the episode began, Disick, 37, explained that a "feeling of exhaustion" had suddenly hit him, leaving him wondering whether he had contracted COVID-19, which was just beginning to spread in the U.S. at the time.

"I don't have the drive to get up and run around with my girlfriend and my kids," continued the reality star, who was dating Sofia Richie at the time and has three kids with ex Kourtney Kardashian. "I just don't have the energy. I don't know if I'm getting old or I'm just not in great shape, but I just want to see if there's anything wrong with me."

Unable to shake it, he decided to take Kim Kardashian West's advice and get his blood drawn.

"I'm definitely a drop nervous to do all these blood panels, because I've put this vessel through a lot of trauma, I'm not going to lie," he admitted. "I'm definitely scared, but if there's anything wrong with me, whatever is the best way to get my body functioning better is what I'm going to do."

"I feel like there's definitely been some stress in my life," he continued. "Missing my parents, it's really hard. My life hasn't always been easy — I used to drink and party and go out a ton, so my body, it's been through some rough waters and taken some pretty bad beatings. I never thought that there was a possibility any of that stuff could affect me in the long run."

Disick, who in the past has struggled with alcohol abuse and checked himself into rehab twice in 2015, anxiously awaited his results. When they finally came through, he found out that his testosterone levels were "clinically low," hence the lack of energy.

"I'm very thankful that there was nothing serious," he said. "It could be from a number of reasons, so my doctor suggested I meet with a nutritionist, who did a more detailed blood test to find out why my testosterone is so low and to see exactly what's working and what's not working on my body."

With the help of his nutritionist, he devised a plan to try to raise his testosterone levels naturally by working certain foods into his diet and taking certain supplements.

Towards the end of the episode, he met with Kris Jenner to catch her up on what was going on.

"All of the beatings that my body took over the years of drinking and partying and running around, my body can't be perfect," he said. "So obviously I don't drink anymore, but my body still has things in it, even from taking sleeping medications, doctor-prescribed medications. And then when I got my blood results in, my testosterone was so dramatically low, they were like, concerned how I even have the energy to get out of bed every day."

"I'm thrilled for healthier choices, and that you're being proactive about it," Jenner told him. "We want you to be happy and healthy, that's all. All of us."

Disick also sought treatment in rehab this past April. When a photo of him inside the rehab center was leaked online in early May, just under a week after he'd arrived at the Colorado treatment facility, he checked himself out and flew back to Los Angeles. The incident will play out on this season of the show.

His attorney Marty Singer has denied reports that his client entered treatment because of cocaine or alcohol abuse, maintaining it was to "work on his past traumas."

A source told PEOPLE at the time that Disick was "committed to getting better" and would "do anything to help himself be the right type of man and father, but being somewhere where photos are released is not a safe place for him."

"He's talking to a lot of people who can give him psychological, emotional, physical and spiritual health," the source added. "He knows he needs all four."

Keeping Up with the Kardashians airs Thursdays (8 p.m. ET) on E!

If you or someone you know is struggling with addiction, please contact the SAMHSA substance abuse helpline at 1-800-662-HELP.