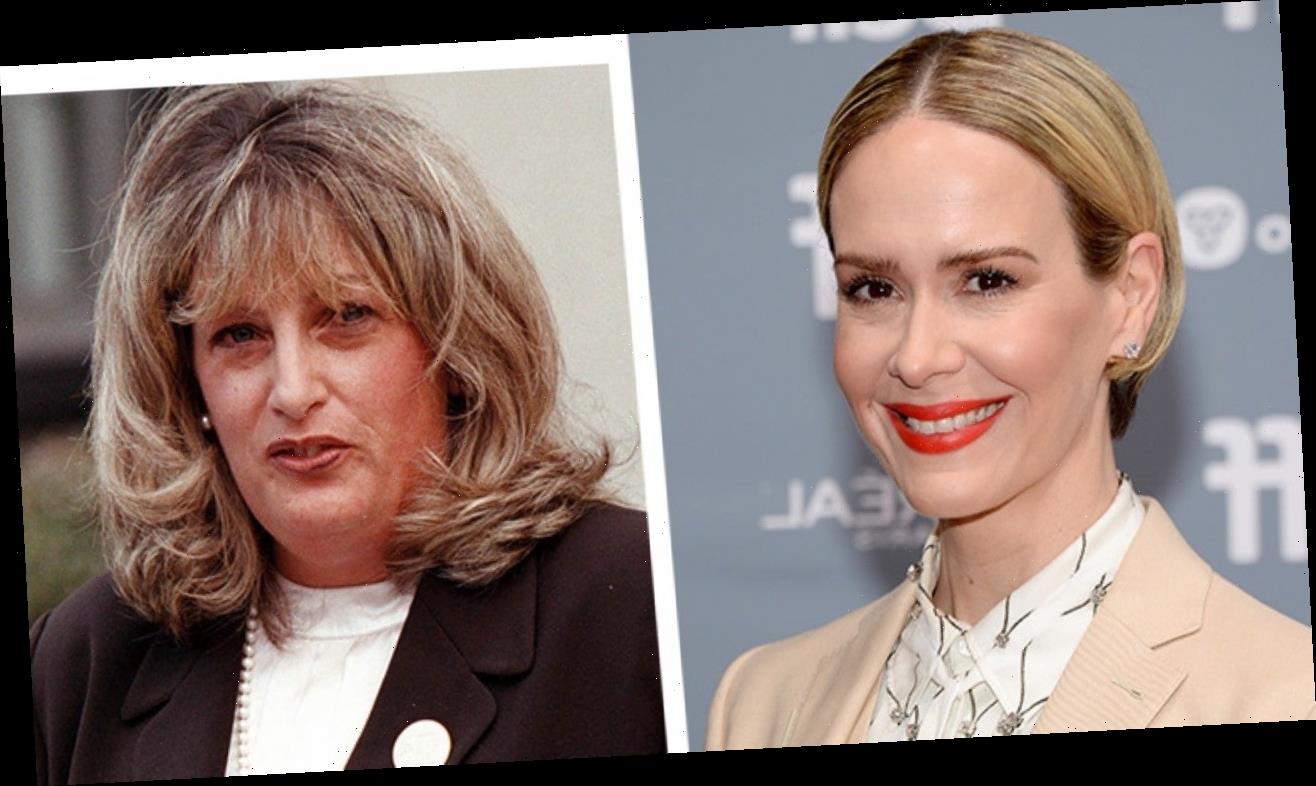 Sarah Paulson has transformed once again. On Friday, the actress shared the first look of herself as Linda Tripp in the upcoming Impeachment: American Crime Story.

Paulson is nearly unrecognizable as key player Tripp, who worked alongside Monica Lewinsky at the Pentagon. The third installment of Ryan’s Murphy’s anthology series depicts the 1998 impeachment trial of President Bill Clinton, and goes inside the national scandal that made Lewinsky, Tripp and Paula Jones key figures in the country’s first impeachment proceedings in over a century.

Tripp was known as the whistleblower after she began to record her private conversations with Lewinsky, who confided in her about her relationship with the president.

“There’s no way for me to approach playing her as a way of thinking how to redeem her. I don’t know that it’s redeemable, some of what she did to her friend,” Paulson told The Hollywood Reporter about how she would approach playing Tripp. “But I’m not going to be looking for a way to make her likable — I don’t really like to do anything like that. I’m not worried if people like me as Linda Tripp. That’s not my job.”

Impeachment includes a star-studded cast with Beanie Feldstein portraying Lewinsky, Annaleigh Ashford as Jones and Clive Owen as the 42nd president. Billy Eichner will take on the role of Matt Drudge and Betty Gilpin as Ann Coulter.

The new season is based on Jeffrey Toobin’s best-selling book, A Vast Conspiracy: The Real Story of the Sex Scandal That Nearly Brought Down a President. Lewinsky, herself, serves as a producer for the show.

“I was hesitant, and truthfully more than a little scared to sign on. But after a lengthy dinner meeting with Ryan, I came to understand even more clearly how dedicated he is to giving a voice to the marginalized in all of his brilliant work,” Lewinsky told Vanity Fair last year. “I’m privileged to work with him and the other talented people on the team, and I’m privileged to have this opportunity.”

Impeachment: American Crime Story was originally slated to premiere in 2020. However, the coronavirus pandemic impacted production.