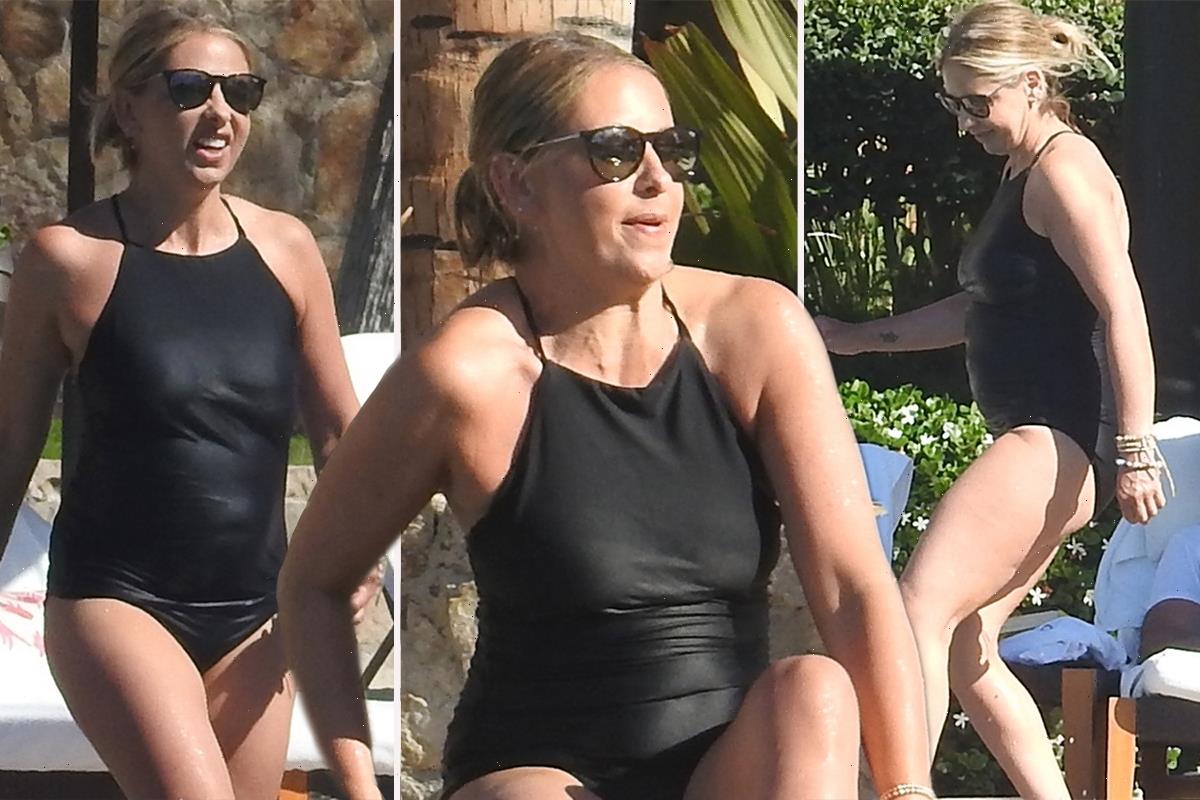 SARAH Michelle Gellar celebrated her 44th birthday with a trip to Mexico with a bunch of her gal pals, including The Hills’ Lauren Conrad.

The Buffy the Vampire Slayer alum showed off her toned arms and legs in a black swimsuit during the sunny getaway. 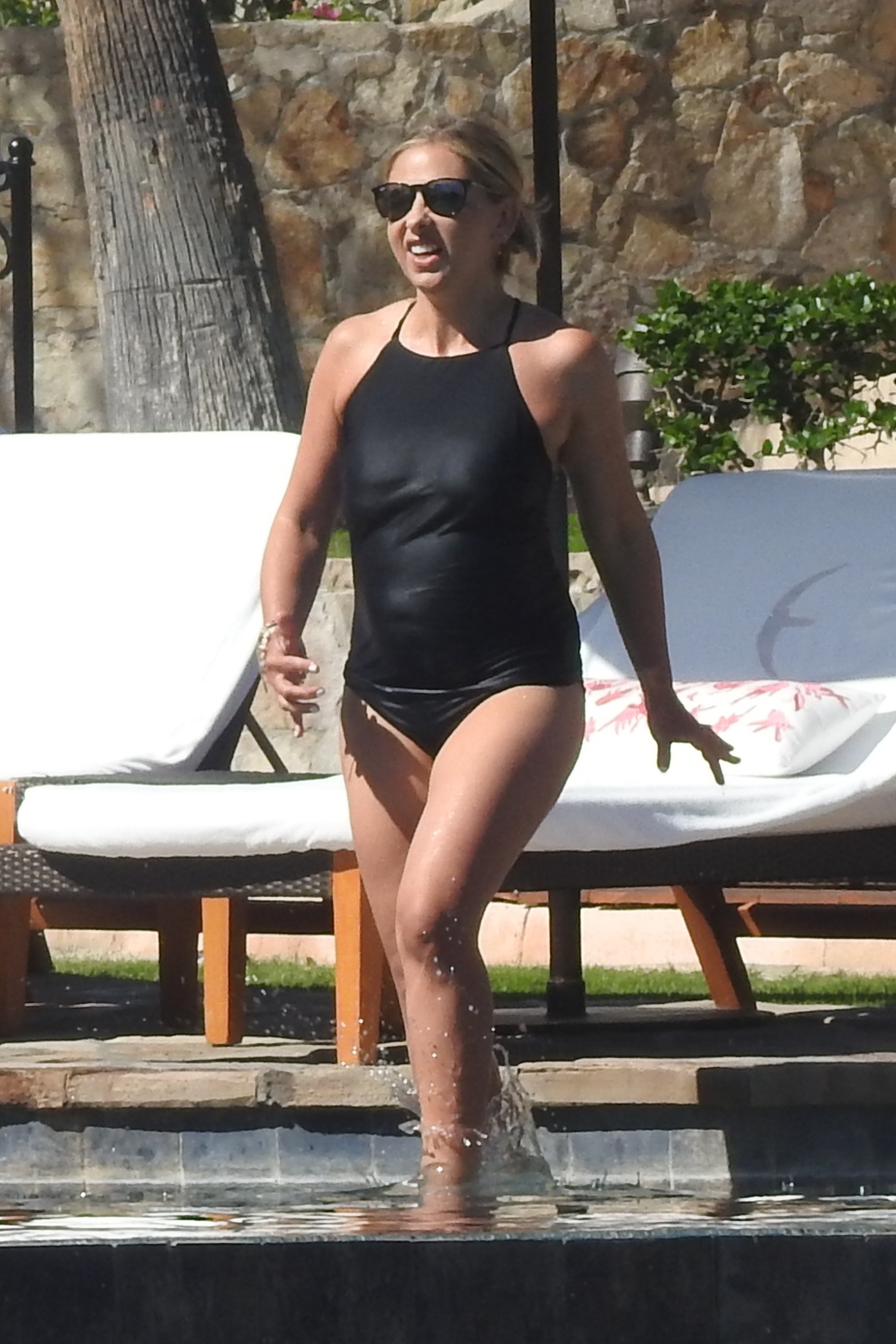 The mom of two, who shares daughter Charlotte, 11, and son Rocky, 8, with her husband Freddie Prinze Jr., left early last week for the trip, excited about having “some me time” with a kids-free trip.

She showed off her passport, while rocking a white face mask, a clear face shield and glasses, and a wide-brimmed sun hat, which she thanked her friend Lauren Conrad for.

“Well I finally did it…. on a plane, no kids heading off for some me time,” Sarah wrote with it. “And not the 2020 kind where I lock myself in my closet to do zooms in a modicum of peace 😂” 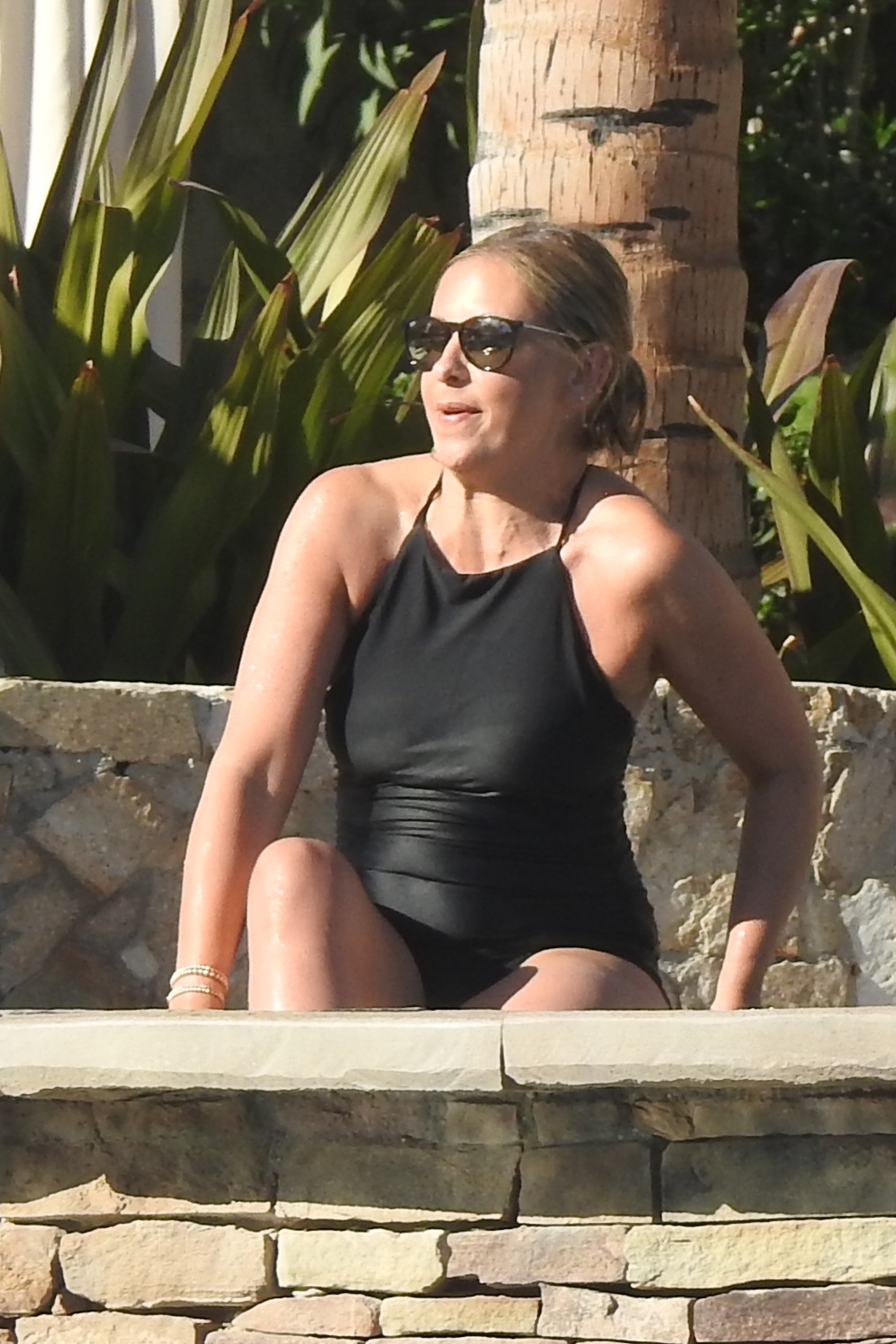 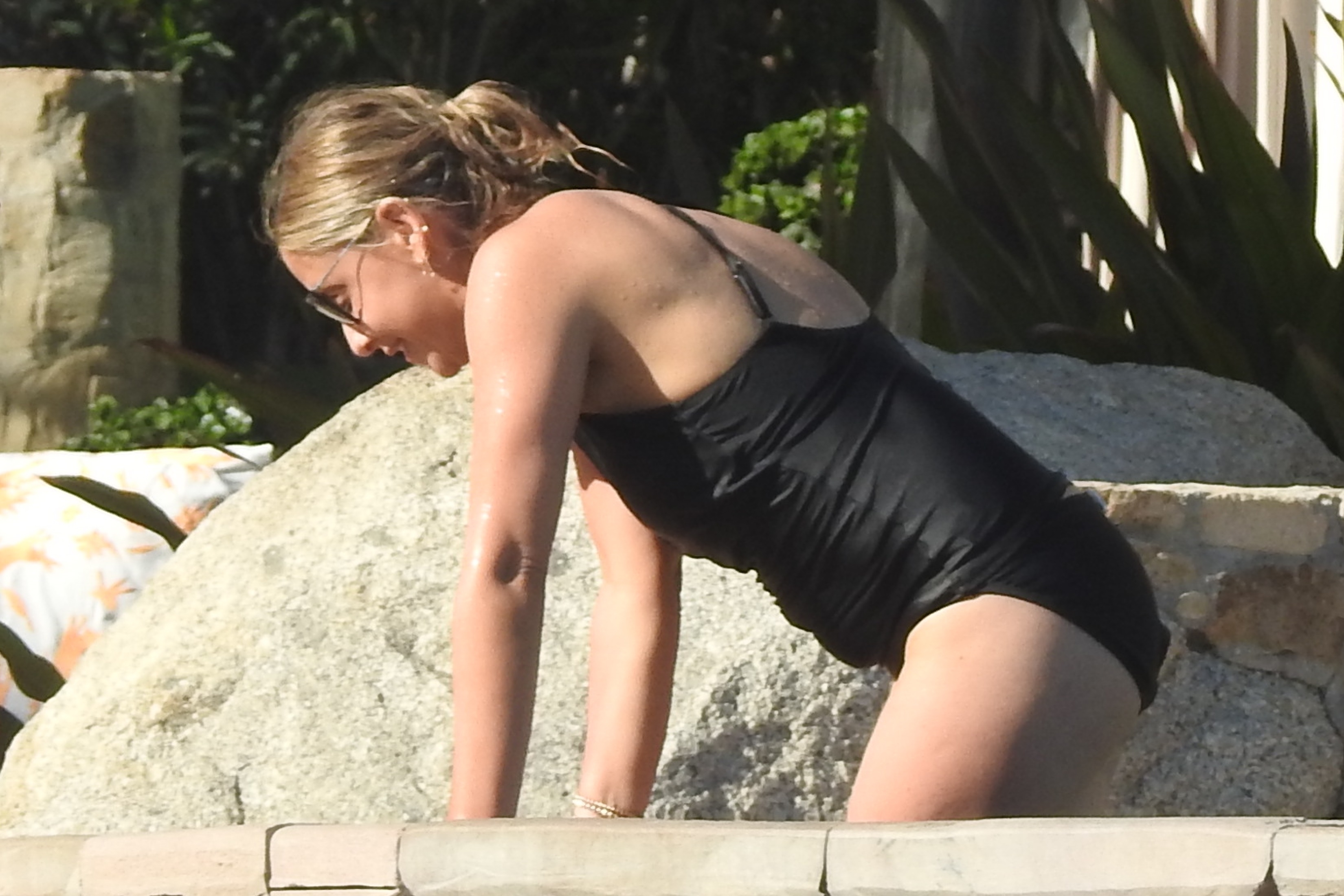 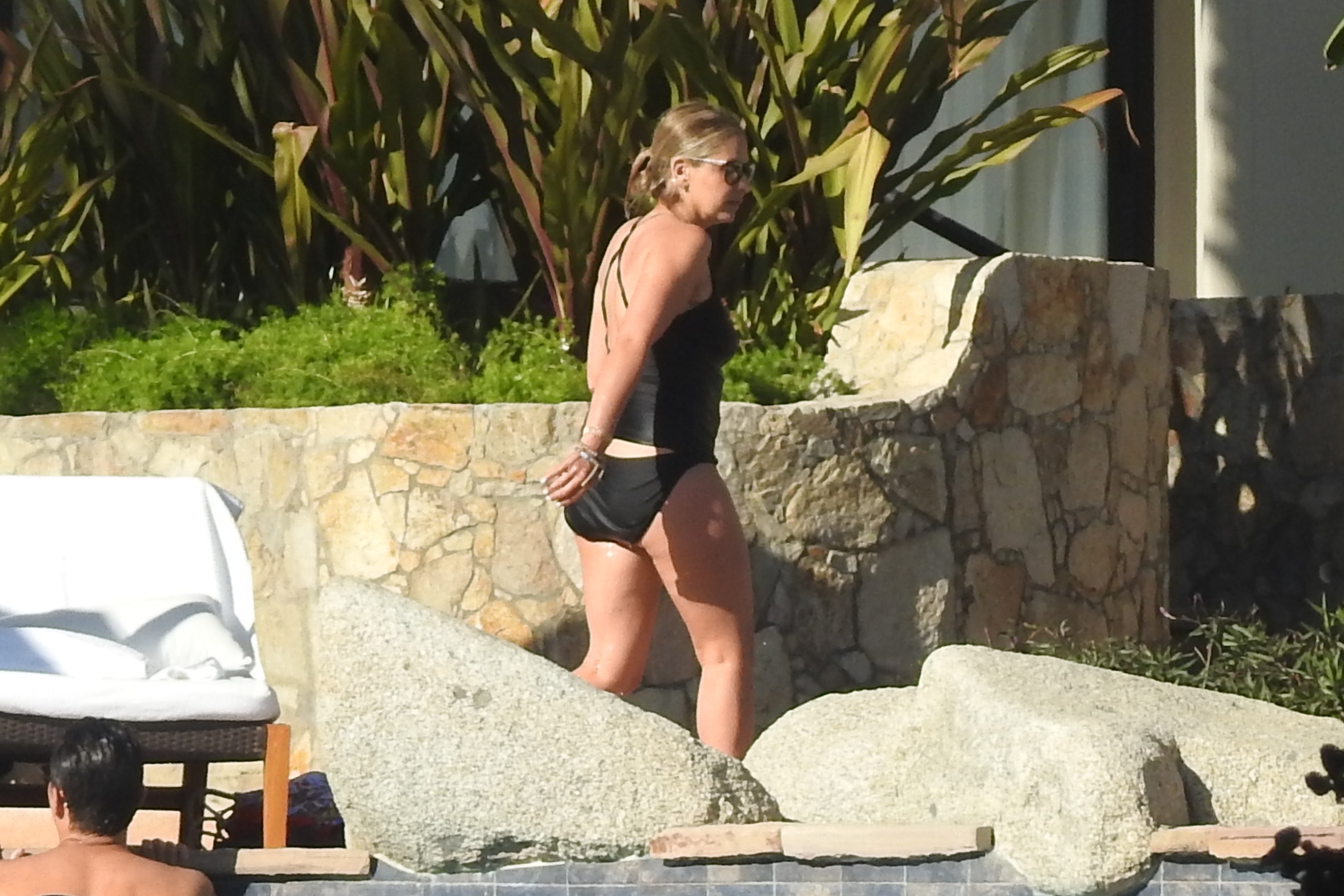 The next day, she was spotted soaking up the sun as she soaked herself in the pool in Cabo San Lucas, Mexico, while rocking a black tankini.

Sarah, who turned 44 on April 14, carried her sandals as she walked down the steps to the outdoor pool in her halter swim top, bikini bottoms, and sun hat.

She took off her large hat but kept on a pair of black sunglasses as she waded in the pool and splashed around. 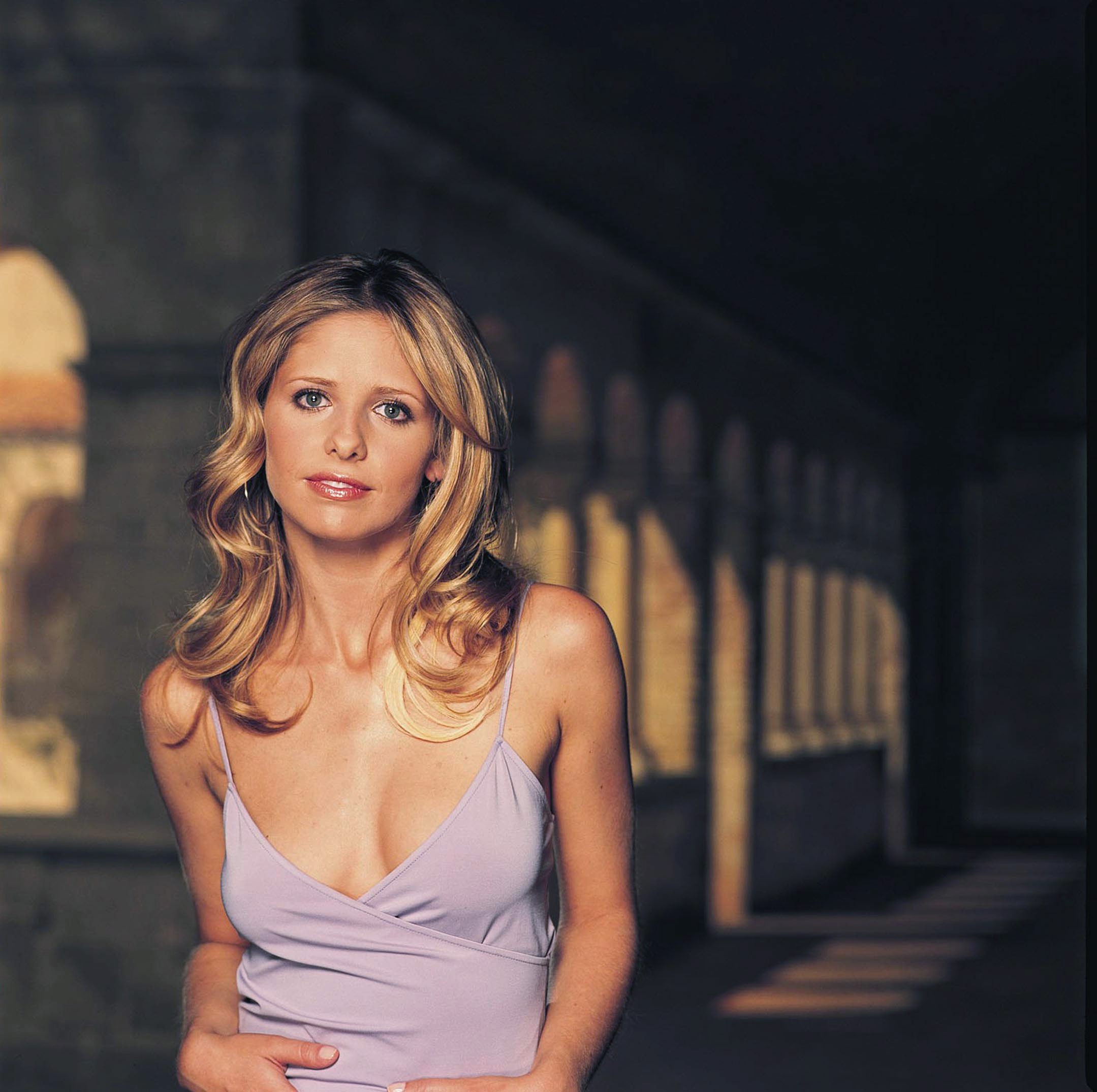 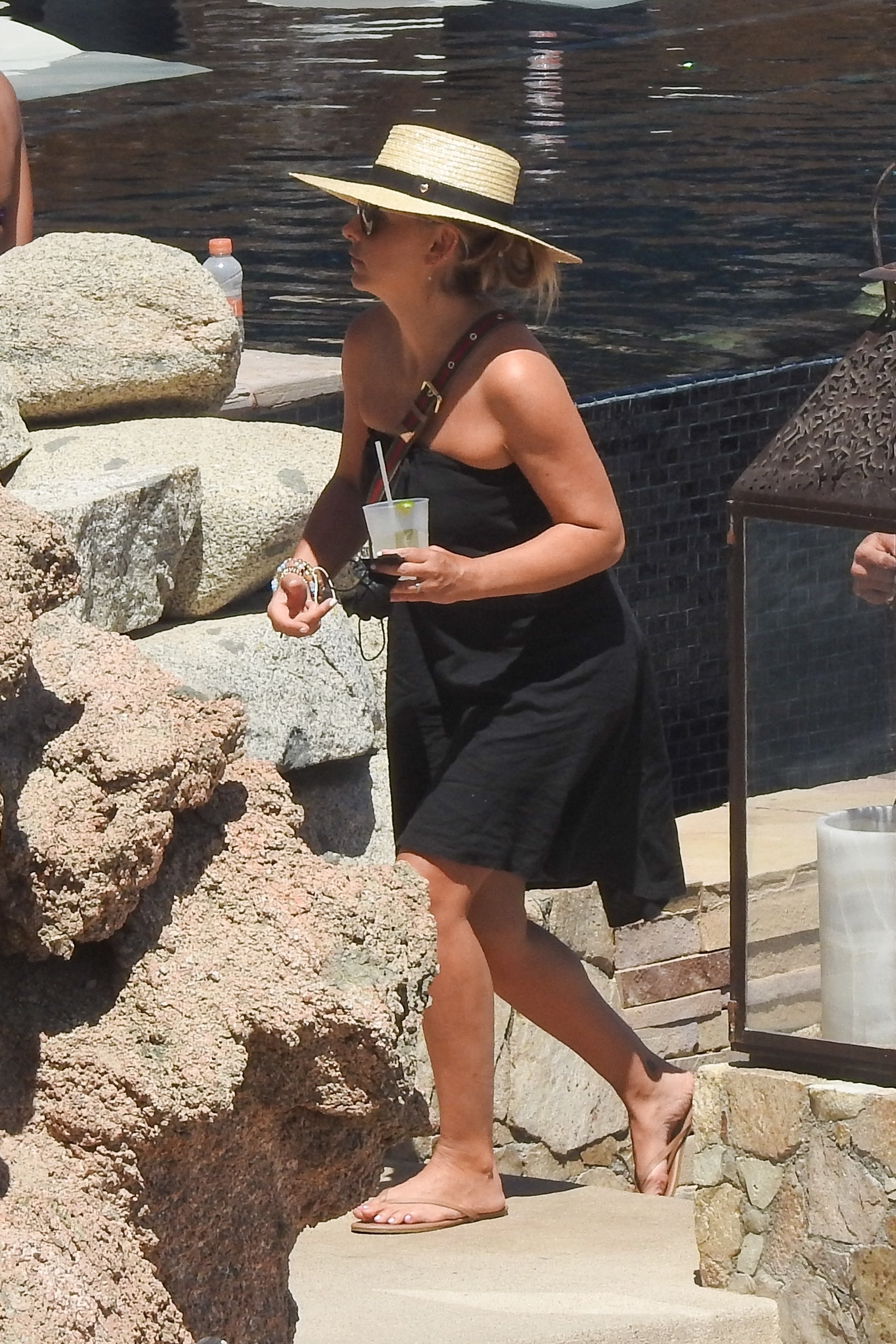 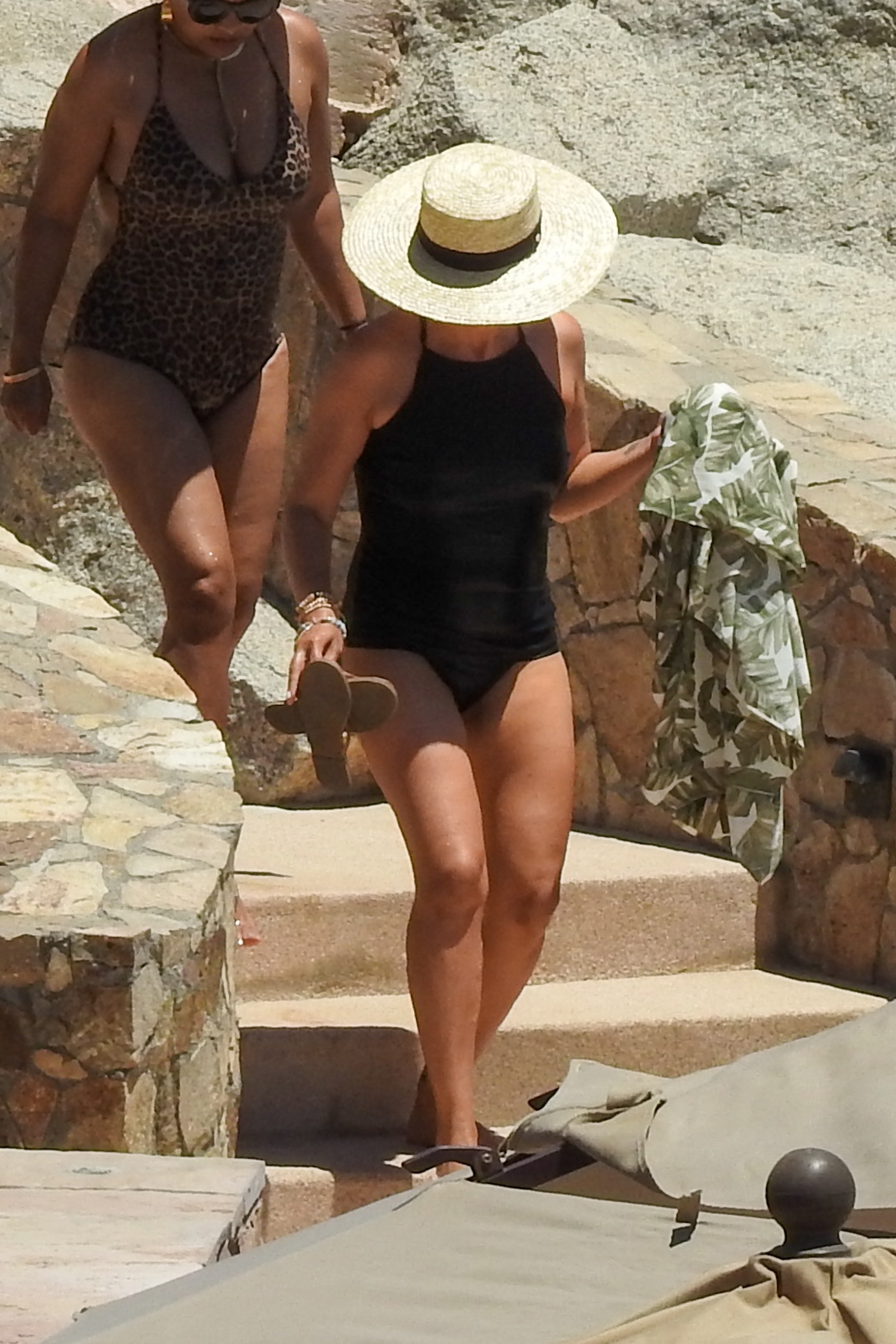 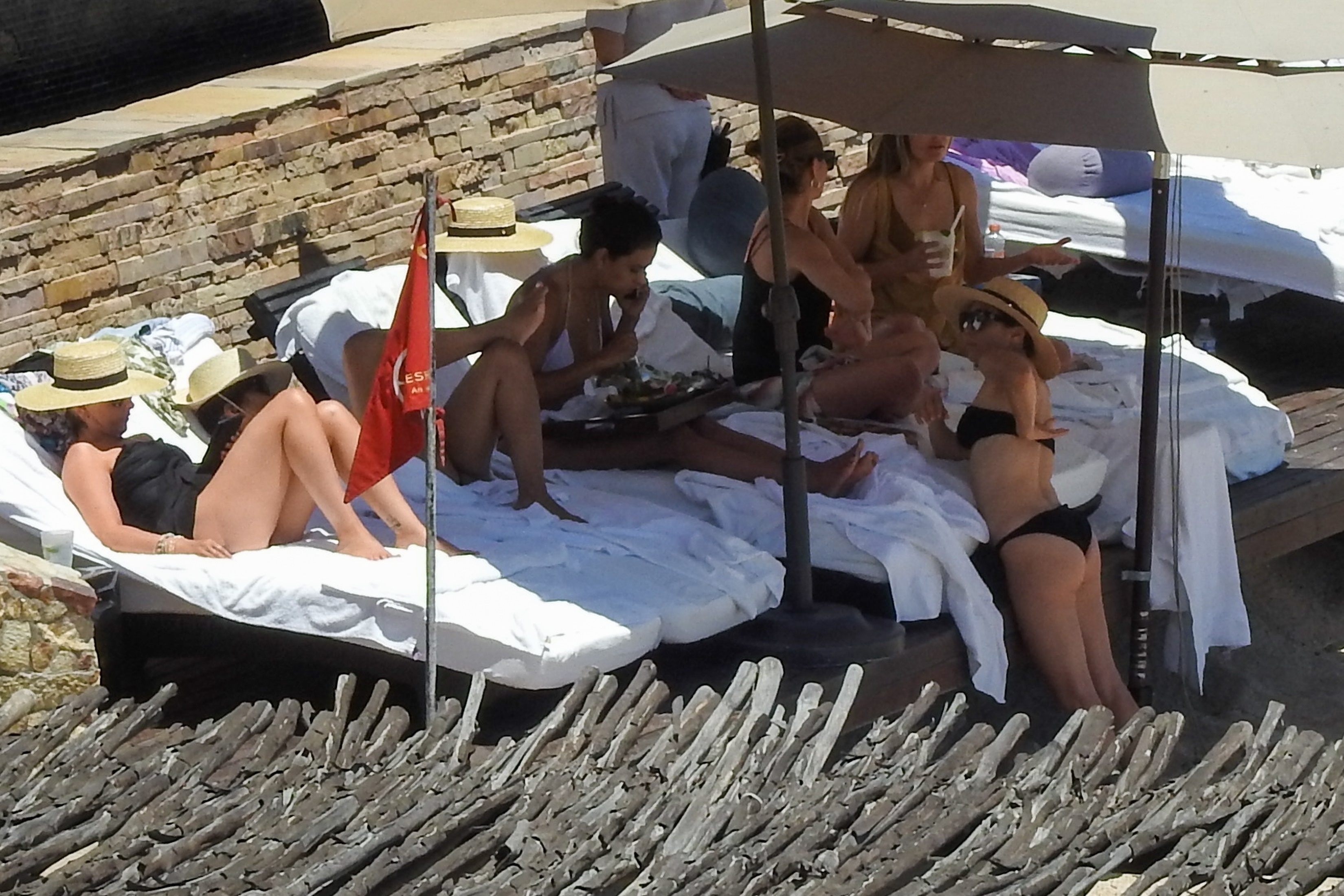 The Cruel Intentions actress was all smiles as she enjoyed her birthday trip, which included multiple days in the pool, as well as walks on the beach, oceanside dinners, fireworks, and nights getting dressed up with all of her friends.

She shared a photo of herself looking serene and calm while hanging out in the pool last week, writing: “Yup… I remember how to do this (I was actually concerned I wouldn’t remember how to relax but thankfully it’s like riding a bike).”

Over the weekend, she posted a gallery on Instagram of her dancing in front of fireworks and posing with friends on the beach. 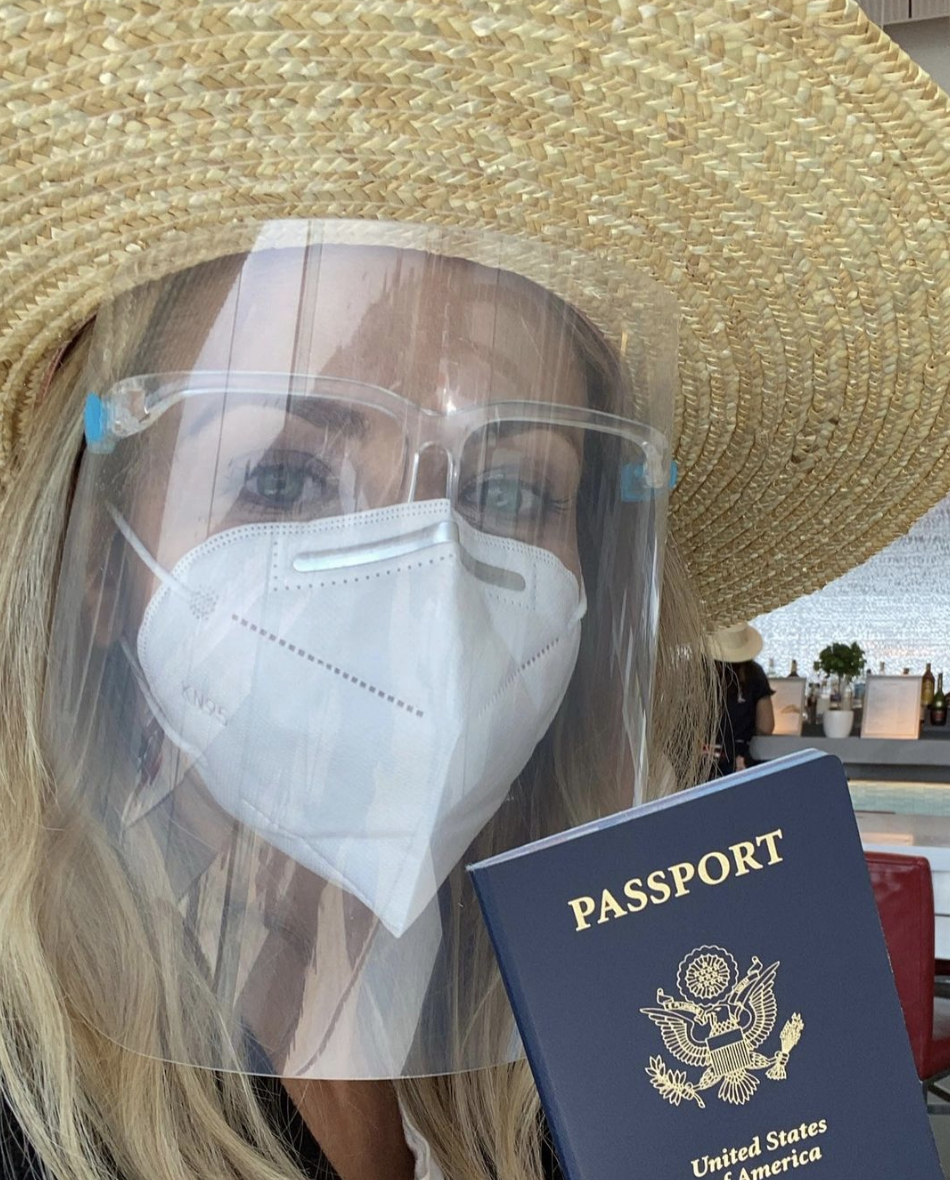 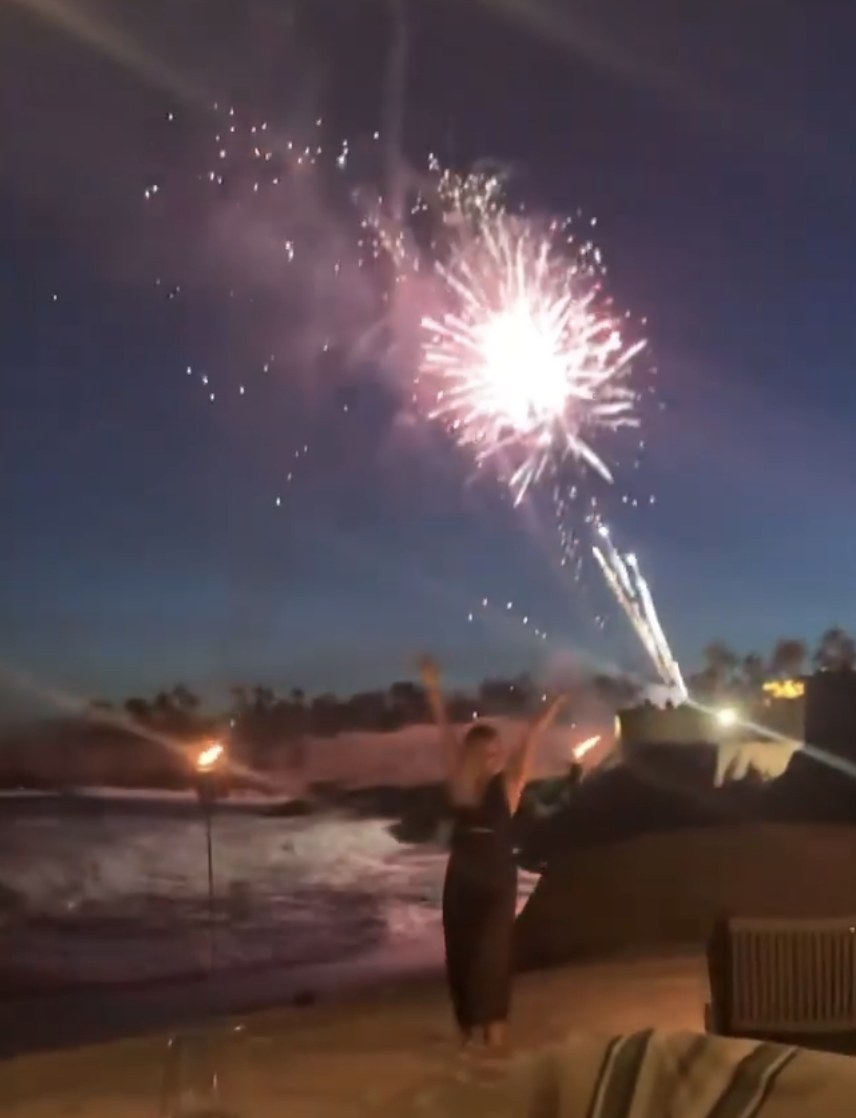 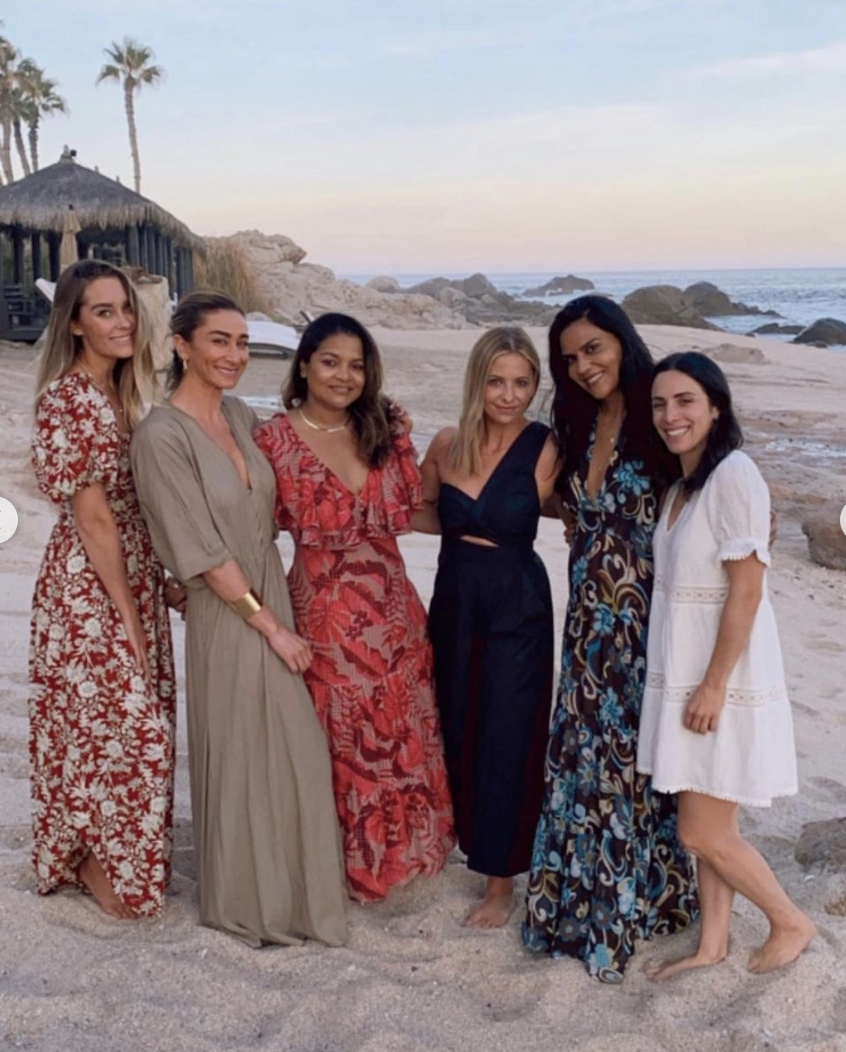 “Well I’m officially done celebrating my birthday,” Sarah wrote, “and it was worth waiting for. What a magical evening.”

Feeling “recharged and ready to swing in to the week,” the mother of two shared one more Mexico post on Monday, this one a gif of her standing on a beach swing in a flowy asymetrical dress.

“Carpool here I come,” she added in the caption, noting that it’s time for her to return to “reality.”

Earlier this year, Sarah's Buffy co-star Charisma Carpenter made allegations against their show creator Joss Whedon, and Sarah released a statement in which she says she stands "with all survivors of abuse."

She added that she's "proud of them for speaking out."

"I am more focused on raising my family and surviving a pandemic currently so I will not be making any further statements at this time."