Once upon a time in a sugar daddy’s bed, Margaret Qualley whipped a wealthy man into shape.

Penned by “Homecoming” co-creator Micah Bloomberg and directed by SXSW “The Heart Machine” helmer Zachary Wigon, “Sanctuary” takes place over the course of one night in a hotel room where Rebecca (Qualley) seduces her elite client Hal (Christopher Abbott) to disastrous ends. Hal attempts at terminating his relationship with Rebecca as he is about to inherit his late father’s professional position and fortune, but Rebecca has other ideas in store for how to punish him for daring to cross her. What’s the safe word, again?

“Sanctuary” is produced by David Lancaster and Stephanie Wilcox of Rumble Films (“Whiplash,” “Nightcrawler”) with Ilya Stewart of Hype Film and Pavel Burian of Mosaic Films co-producing, along with Charades which is also handling international sales rights on the film. UTA Independent Film Group is managing the U.S. sale and arranged the financing.

“That lends itself to a connotation that makes it seem like a lot more sexy than it really is. In reality, it’s not S&M or anything. It’s psychological domineering,” Qualley explained. “But it was so fun.”

She added, “It’s certainly lighter than [‘Maid’]. It’s not comedic. There are comedic elements, but it’s still heavy.”

Check out the first look below. 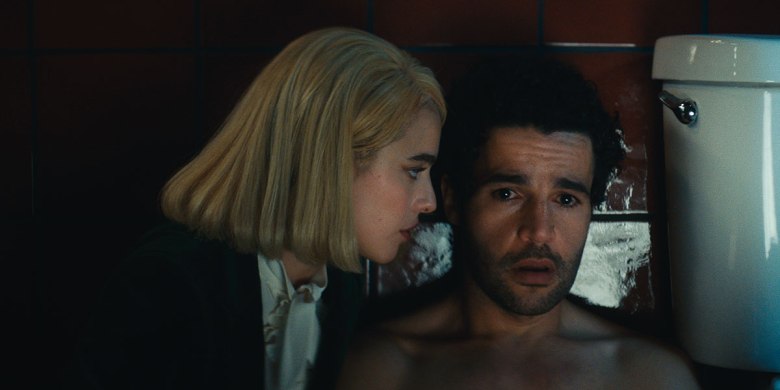