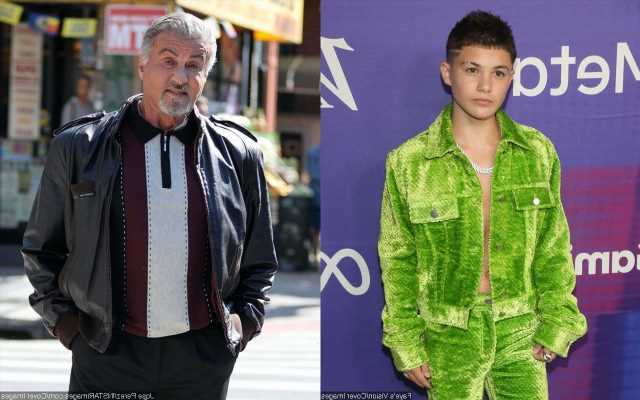 Gushing about the ‘Rocky’ actor, the ‘Euphoria’ star shares about starring opposite 76-year-old in the new Prime Video movie, ‘Working with Sly in general was just a lot of fun.’

AceShowbiz –Javon Walton would “love” to work with Sylvester Stallone on another movie. The 16-year-old actor starred alongside Hollywood legend Sylvester, who is best known for playing boxer Rocky Balboa in the “Rocky” film series, in the new superhero movie “Samaritan” and admitted that getting the chance to work with Sylvester was a “great” experience which he “wouldn’t trade for the world.”

He said, “How ‘Samaritan’ started for me was I was coming home from filming ‘Utopia‘, and I did an audition and I ended up flying out to L.A. I met Sly at his house, which was super cool, and he wanted to see if he thought I was good for this role, and thankfully he did. So, that’s how it started.” The teen continued raving over the acting vet, “Working with Sly in general was just a lot of fun. If you ever talked boxing with him on set, it was truly something special, and I wouldn’t trade that for the world. I would love to work with him again in the future.”

The “Euphoria” star plays 13-year-old Sam Cleary, who teams up with superhero Joe, played by Sylvester, after taking a job to support his struggling mother, played by former “Orange is the New Black” actress Dascha Polanco, who also gushed about getting the chance to work with Sly.

In the joint interview, she told ScreenRant, “I think it’s a great thing when you look up to an actor as iconic as Sly, and you get to work with him and he’s such a great, present, generous individual on set. You can’t prepare for that. With Sly and the movie and how it was written, I must say that I’m ready for the second part! So, definitely a great time and a great person to work with.”