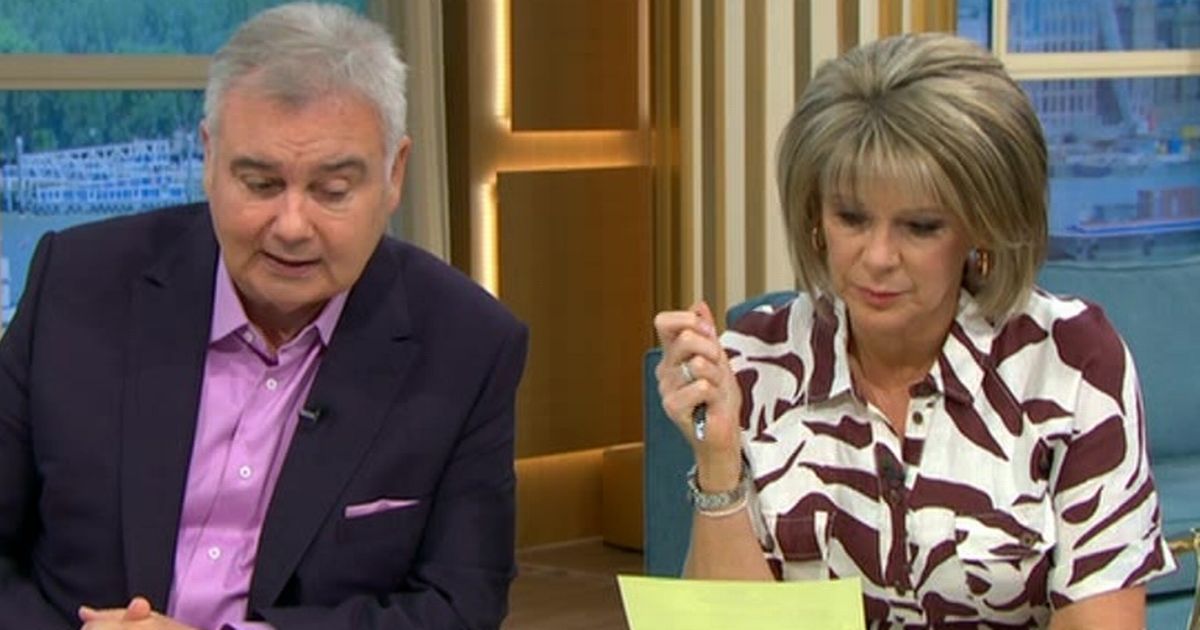 Ruth Langsford left the studio in tears as she struggled to cope hearing a caller describe symptoms that had been similar to her sister's.

The TV presenter's sister Julia Johnson, who suffered from chronic depression, tragically died in June after a long illness.

Today on the programme, hosts Eamonn Holmes and Ruth were listening to a phone-in on anxiety.

But half-way through one caller's questions about dealing with her anxiety, Ruth disappeared and husband Eamonn explained to viewers that she had had to leave the studio because she was still coping with her sister's death.

At the end of the segment, Eamonn said that they would be getting Ruth back soon but things were still "very raw" for her.

Psychologist Angela spoke to callers who were trying to break their cycle of anxiety and depression.

First to call in had been 'Michelle', who struggled to open up about her palpitations and hour-long anxiety attacks and said that she didn't know how to deal with it when she was caring for a seven-year-old at home.

When the woman apologised because she was nervous, Ruth said: "It's amazing you found the strength to ring in Michelle. That's an amazing start."

Angela asked about whether Michelle had spoken to her doctor about how she was feeling on her medication, and suggested that she go back to her GP about her side effects.

Eamonn was later seen on screen alone as he said: "Obviously this is featured in Ruth's life, she's upset now and she's had to leave the studio because of her sister, who was a chronic depressive.

"And no matter how much medication it didn't seem to make much difference, there were good times and bad times."

At the end of the segment, Eamonn said: "We'll get Ruth back after the break, obviously these things are very raw for her at the moment following the death of her sister."

After the break, Ruth returned to the studio to continue presenting.

Ruth announced on June 20 that her sister had died and that she would be taking a break from TV .

She shared the tragic news on Instagram , posting a gorgeous picture of her and her sister together.

She said: "My lovely Sis Julia has sadly died after a very long illness. My heart is completely broken. She was the kindest and most gentle soul and I will miss her forever. As I am sure you will appreciate I need to take time to grieve with my family. Thank you for your understanding."

*This Morning airs weekdays at 10.30am on ITV