Actress Natalie Morales said her voice character Betty in the rebooted Paramount+ Rugrats series will be an openly gay woman.

Morales made the revelation in a statement to the A.V. Club. The character is mother to two children, Phil and Lil, and has been married to Howard in prior versions. 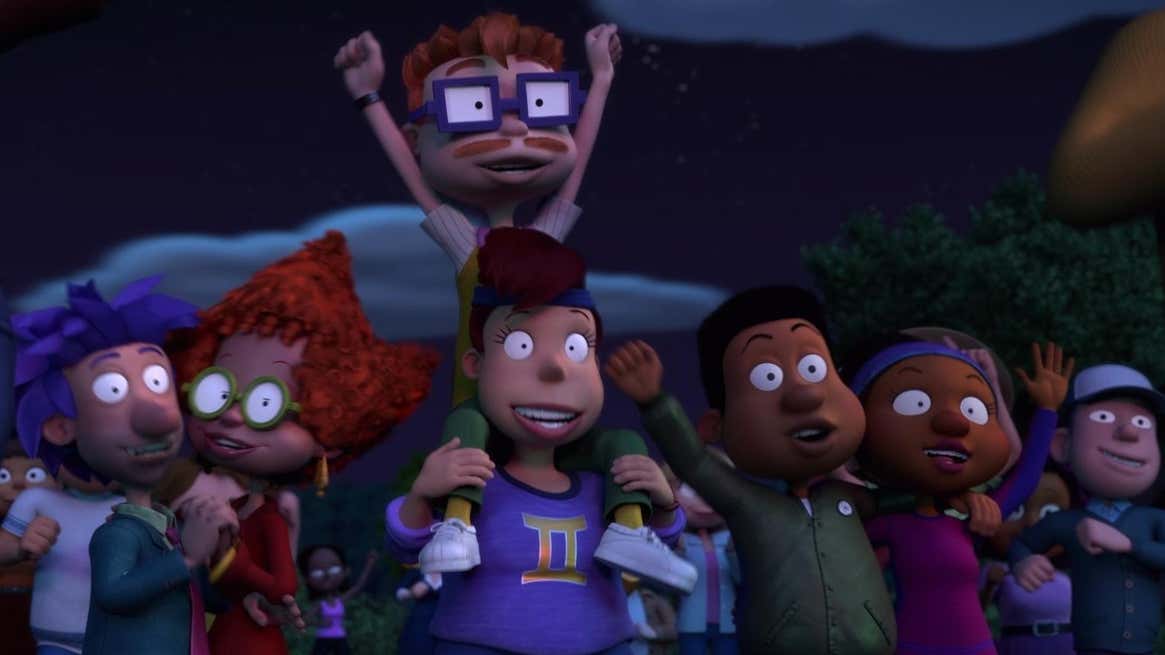 Morales said in her statement that she thinks “Anyone who watched the original show may have had an inkling Betty was a member of the alphabet mafia.”

She added, “Betty is a single mom with her own business who has twins and still has time to hang out with her friends and her community, and I think it’s just so great because examples of living your life happily and healthily as an out queer person is just such a beacon for young queer people who may not have examples of that.”

Morales said that “cartoons were hugely influential for me as a kid, and if I’d been watching Rugrats and seen Betty casually talking about her ex-girlfriend, I think at least a part of me would have felt like things might be okay in the future.”

Nicole Byer, Tony Hale and Morales are among the voice talent tapped for the adult roles in Paramount+’s Rugrats series revival. Hale will play Chuckie’s father and Byer, with Omar Miller, will be Susie’s parents.

Also joining the original cast members who voice the adventurous titular toddlers are Ashley Rae Spillers (Vice Principals) and Tommy Dewey, as Tommy’s parents; Anna Chlumsky and Timothy Simons, as Angelica’s parents; and Michael McKean, as Grandpa Lou Pickles. The reimagining is set to debut on Paramount+ this spring. The announcement was made in conjunction with Nickelodeon’s virtual upfront presentation.

In an interview with Deadline, Nickelodeon President Brian Robbins addressed the decision to keep the original core original cast voicing the kids but bring in new actors for the grown-up roles.

“First of all, we have all the original babies back, all the original cast back, which we are thrilled to have” Robbins said. “Some of the original actors — remember the show is 20-25+  years-old, and we thought there was an opportunity for new exciting comedic voices who grew up watching and being fans of the show and let them do cameos. So we are really excited about our adult cast on Rugrats.“

The original Rugrats series premiered 30 years ago, in August of 1991, and some of the actors who played adult characters are no longer alive. The original became a groundbreaking phenomenon, spawning consumer products and three hit theatrical releases, cementing its place in pop culture history through its iconic characters, storytelling and unique visual style. Rugrats was in production for nine seasons over the course of 13 years. The series earned four Daytime Emmy Awards, six Kids’ Choice Awards and its own star on the Hollywood Walk of Fame.

The all-new Rugrats is based on the series created by Arlene Klasky, Gabor Csupo and Paul Germain. Eryk Casemiro and Kate Boutilier  are executive producers and Dave Pressler and Casey Leonard serve as co-executive producers, with Rachel Lipman as co-producer and Kellie Smith as line producer. Production is overseen by Mollie Freilich, Senior Manager, Current Series Animation, Nickelodeon.

Alexandra Del Rosario and Nellie Andreeva contributed to this report.