Dignitaries from across the world have gathered today [Monday, September 19] for Queen Elizabeth II’s funeral at Westminster Abbey, paying respect to Her Majesty following her 70-year reign. Those among them were, of course, her beloved family, including King Charles III’s youngest son Prince Harry and his wife Meghan Markle. Royal fans spotted the Duke of Sussex trying to hold back the tears near the end of the moving ceremony.

The Queen’s funeral was attended by 2,000 guests at Westminster Abbey but with her family at the front of the proceedings.

Prince Harry and Meghan Markle were sat behind King Charles and Queen Camilla and seated next to Princess Beatrice.

Near the end of the ceremony, the national anthem began with the new “God Save The King” lyrics sung by attendees.

However, eagle-eyed viewers have suggested that the Duke of Sussex didn’t join in to sing, despite footage showing the Duke joining in. 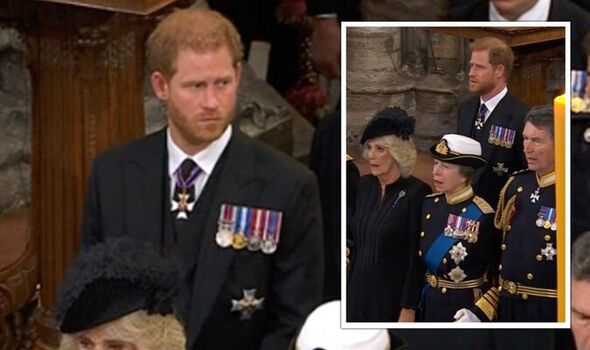 Taking to Twitter, one person questioned: “Is it me or did Harry and Megan not sing the anthem?”

While a third added: “Can’t be the only one that noticed Harry didn’t sign the National Anthem”.

Even though some believe Prince Harry wasn’t singing during this key moment, looking back, he can be seen singing alongside the rest of his family. 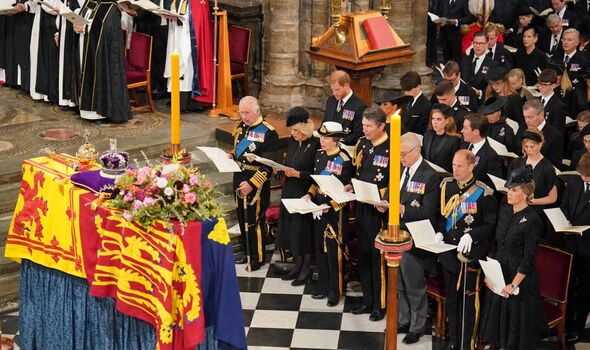