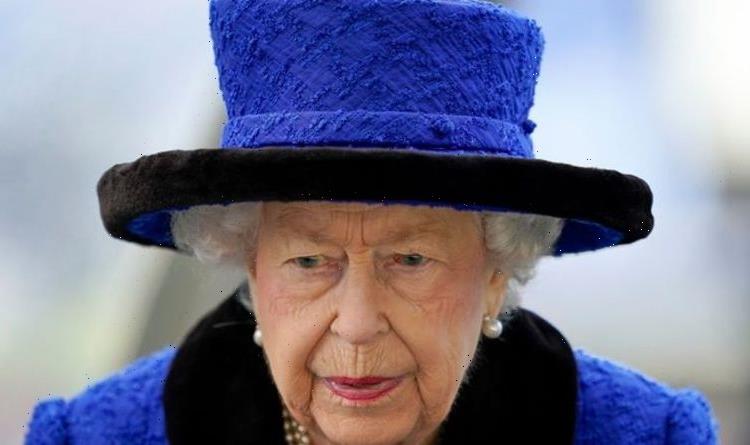 Royal commentator Rebecca English has asked revealed that the Palace only confirmed the Queen’s hospital visit after word was starting to leak out, asking whether there is “something going on behind the scenes”. It came after the Queen was spotted driving through Windor Park yesterday in her car amid concerns about her health.

Speaking to Palace Confidential, Rebecca English said: “So when the Queen cancelled this visit, we were told she was not going.

“Royal correspondents and myself were briefed that she would be resting at Windsor.

“And it turns out actually, only hours later, she was taken to hospital for what they describe as preliminary investigations and kept in overnight.

“And unfortunately, the palace only decided to confirm this when word started to leak out.”

She went on:“So obviously it hasn’t helped for the kind of public mood that is there something going on behind the Scenes.

“So it’s just a quick look at resting and taking things a little bit easier because there is always a little bit of concern in the back of people’s minds.”

The Queen pulled out of Cop26 on doctor’s orders last week.

Buckingham Palace said in a statement: “Following on from their recent advice that the Queen should rest for a few days, Her Majesty’s doctors have advised that she should continue to rest for at least the next two weeks.

“The doctors have advised that Her Majesty can continue to undertake light, desk-based duties during this time, including some virtual audiences, but not to undertake any official visits.

“Her Majesty regrets that this means she will be unable to attend the Festival of Remembrance on Saturday 13 November. However, it remains her firm intention to be present for the national service of remembrance on Remembrance Sunday, on 14 November.”

However, the queen was seen driving through Windsor Great Park on Monday.

This sparked hope that the 95-year-old monarch is on the road to recovery.

The Queen hopes to return to duties for Remembrance Day on Novemeber 14.

She spent one night in hospital for “preliminary investigations”, but was later discharged in “good spirits” and has accepted doctors advice to cancel all engagements for at least a fortnight.
Source: Read Full Article