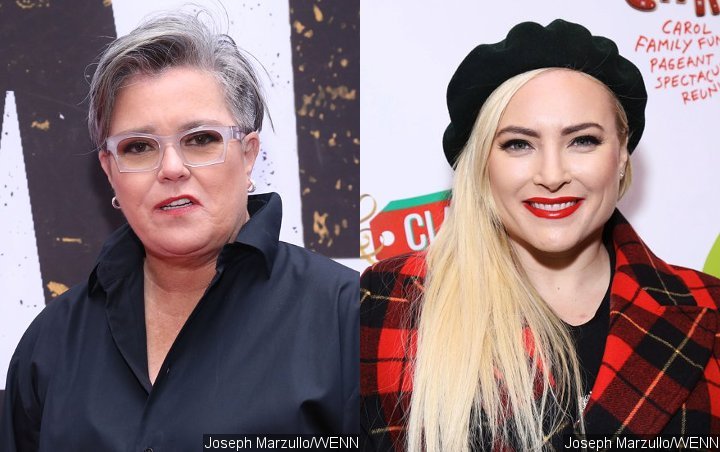 While the 57-year-old TV personality has nothing but respect for her late father John McCain, Rosie sounds off when it comes to Meghan, who joined ‘The View’ two years after she left the show.

AceShowbiz –Rosie O’Donnell stopped by “Watch What Happens Live with Andy Cohen“, and it seemed like she was being too honest with her opinion. In the Monday, June 24 episode of the show, a fan asked her about what she thought of Meghan McCain, who joined “The View” two years after she left the show.

“I had the pleasure of working with her father for a lot of the Wounded Warrior project, so got to know him through there and you know I think she’s in a difficult position…she was very very tight with her father,” Rosie said of John McCain, who passed away from brain cancer in August last year.

While Rosie had nothing but respect for John, she sounded off when it came to Meghan. “I do have some compassion for her, although I wish she wouldn’t be mean to Joy Behar,” she said. Calling Joy “a living legend,” she went on suggesting that Joy “should be respected for no other reason than she’s the elder statesman in the room.”

Rosie said she was grateful for the opportunity of being a part of the show. However, she added, “The thorns were it got a little ‘thorny’ there, and that’s being diplomatic.” She went on saying, “Whoopi Goldberg was as mean as anyone has ever been on television to me, personally — while I was sitting there. Worse than Fox News. The worst experience I’ve ever had on live television was interacting with her.”

This arrives after Meghan called Joy a “b***h” in the Wednesday, June 19 episode of “The View”. After getting into a heated argument with Joy over President Donald Trump, Meghan shouted, “Don’t feel bad for me, b***h! I get paid to do this!” Not wanting things to go even worse, Whoopi hurried the show into a commercial break.

After the ad break, Meghan attempted to explain that she used the b word regularly and there was no bad blood between her and Joy. “Joy and I call each other b***h all the time,” she said. “I know this is a big shock: We get along backstage!” Joy added, “We’re both pugilistic, and so we’re fine. I’m very straight in what I believe, and so is she, so we’re going to fight. I don’t care if you call me a b***h.”