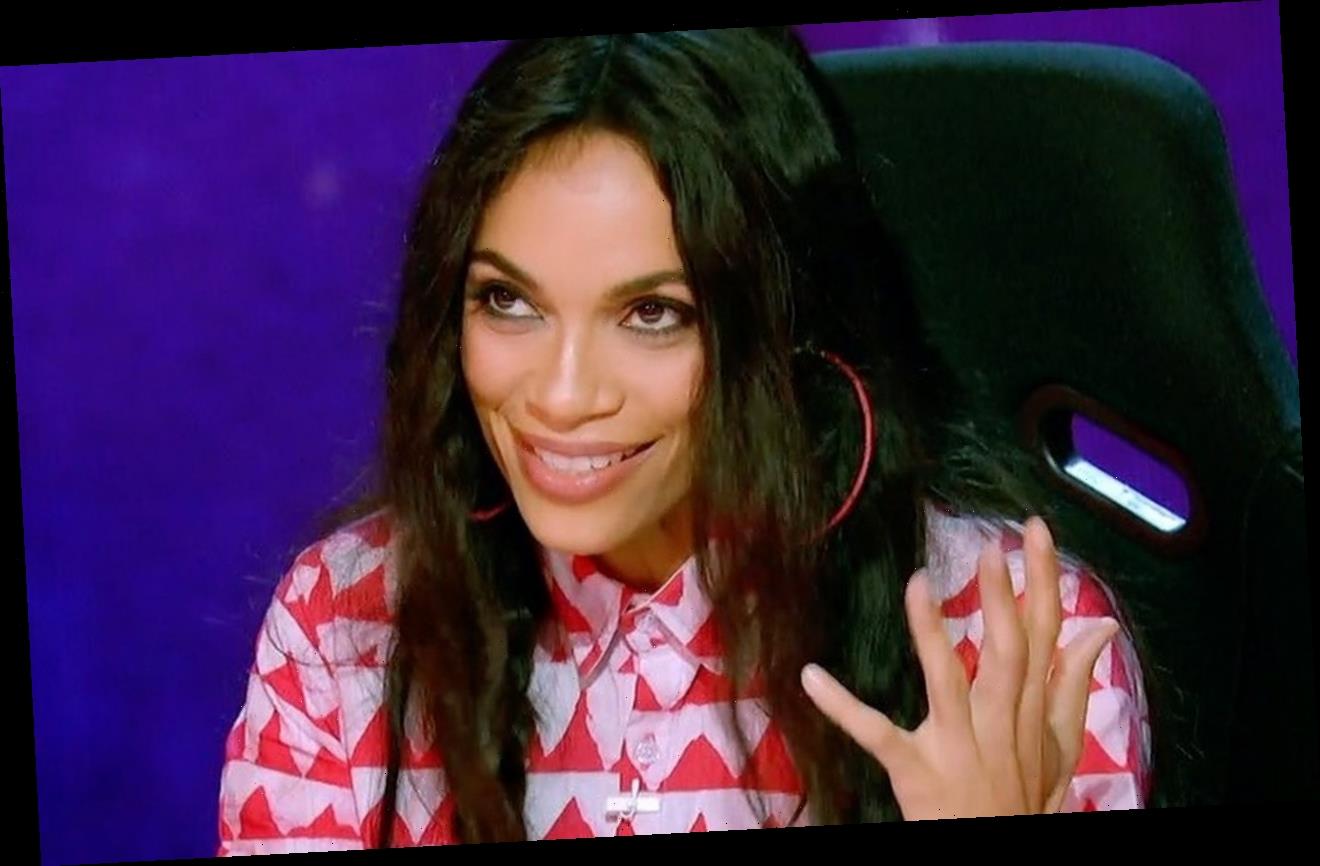 The ‘Sin City: A Dame to Kill for’ actress is left shocked by the dangerous stunts on the ‘Go-Big Show’ where she serves as a judge along with Snoop Dogg and Jennifer Nettles.

AceShowbiz –Rosario Dawson put herself “in danger” so many times on the “Go-Big Show” – but still had the “most incredible” experience of her life.

The actress is a judge, alongside Snoop Dogg and singer Jennifer Nettles, on the outrageous new TV contest, which pits daredevils against each other – and she’s often called upon to take part in their risky acts.

In one show, she narrowly avoided an avalanche of arrows that were shot in her direction, screaming in fear as she risked serious injury.

“He (competitor) shot an arrow that started a triggering of all the other arrows which I walked by…,” she explains. “There’s so many moments in this show that I had to keep reminding myself that I guess I signed an insurance waiver (release) at some point because they had me in danger so many times.”

And she admitted she has been shocked by some of the show’s scary scenarios.

“It kept happening after the fact, where I’d realise, ‘Oh, that’s what I just signed up for. I might have needed that information a little bit more ahead’,” she groaned. “But I have to say I had the most incredible experience I’ve ever had in my life.”

“What Go Big means for different people is just absolutely extraordinary. There’s this guy, Andrew, who swallowed a sword and then had me levitate off of his face. And another guy… this was unbelievable, it brought Snoop to his knees… He’s a strongman and he had both me and Jennifer on this huge pole that he swung. He was rotating it, we were swinging in the air. It brought me to tears, it was so amazing. We were flying.”

The “Go-Big Show” debuted in America earlier this month (Jan21).