Robert Pattinson has curated a collection fit for Bruce Wayne.

The “Batman” actor partnered with Sotheby’s on an exhibit for the Contemporary Curated program, which runs from September 23 through 29 at Sotheby’s New York. A live auction will conclude the exhibit on September 30.

Pattinson selected six pieces from artists including Willem de Kooning, Richard Serra, and Lynette Yiadom-Boakye. According to Artnet, estimated values for the works range from $100,000 to $2.5 million. Pattinson, who is deemed a “passionate art collector” by a Page Six source, previously auctioned one of his own sketches for charity in 2017.

“What I look for is when a piece has its own language,” Pattinson said in a press release of his curation strategy, especially applauding artist Julie Mehretu’s portrayals of “magnitude and abundance” in her “Untitled” ink drawing.

“It doesn’t necessarily feel like it just exists for its own sake and has a presence that hums with a bit of life,” Pattinson said. “It has the ability to communicate with you on a kind of primordial level. I sort of sway between things that feel very profound and cosmic and alien. Then, even on the other side, I like subversive, naughty, slightly dangerous stuff as well.”

The collection also included a Thomas Houseago sculpture in bronze and California redwood that could retrieve $80,0000 at auction, plus Genieve Figgis’ “Kissing by the Window,” with an estimated value of $30,000 to $40,000.

“Curating this group of paintings has been a really exciting process and an honor for me,” the “Twilight” alum continued. “Acting has made me realize that there is an interconnectedness between all art forms, and it made the process of curating the sale a fascinating and fun experience for me.”

Pattinson concluded with advice to collectors, saying, “Only acquire pieces that you’re going to love, no matter what. Just having something which you’re going to keep for the rest of your life is probably the best idea.” 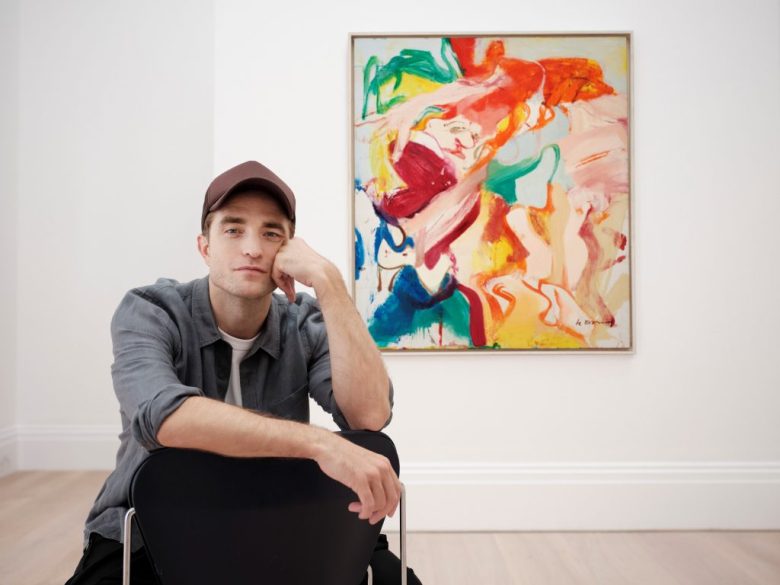