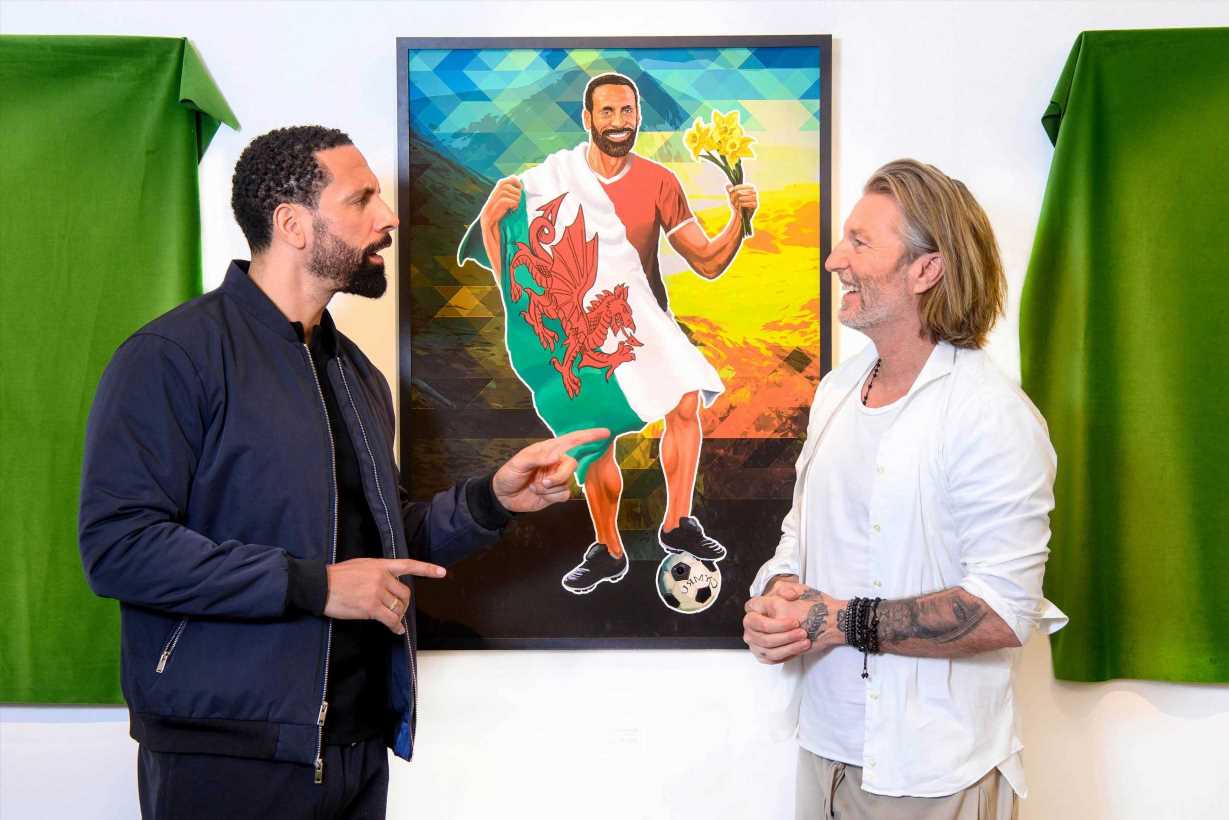 ROBBIE Savage pranked his pal Rio Ferdinand in a hilarious skit to celebrate the start of the Euros.

The BBC pundit teamed up with Heineken, the official partner of UEFA Euro 2020, to pull the stunt which left the former Manchester United and Three Lions star stunned. 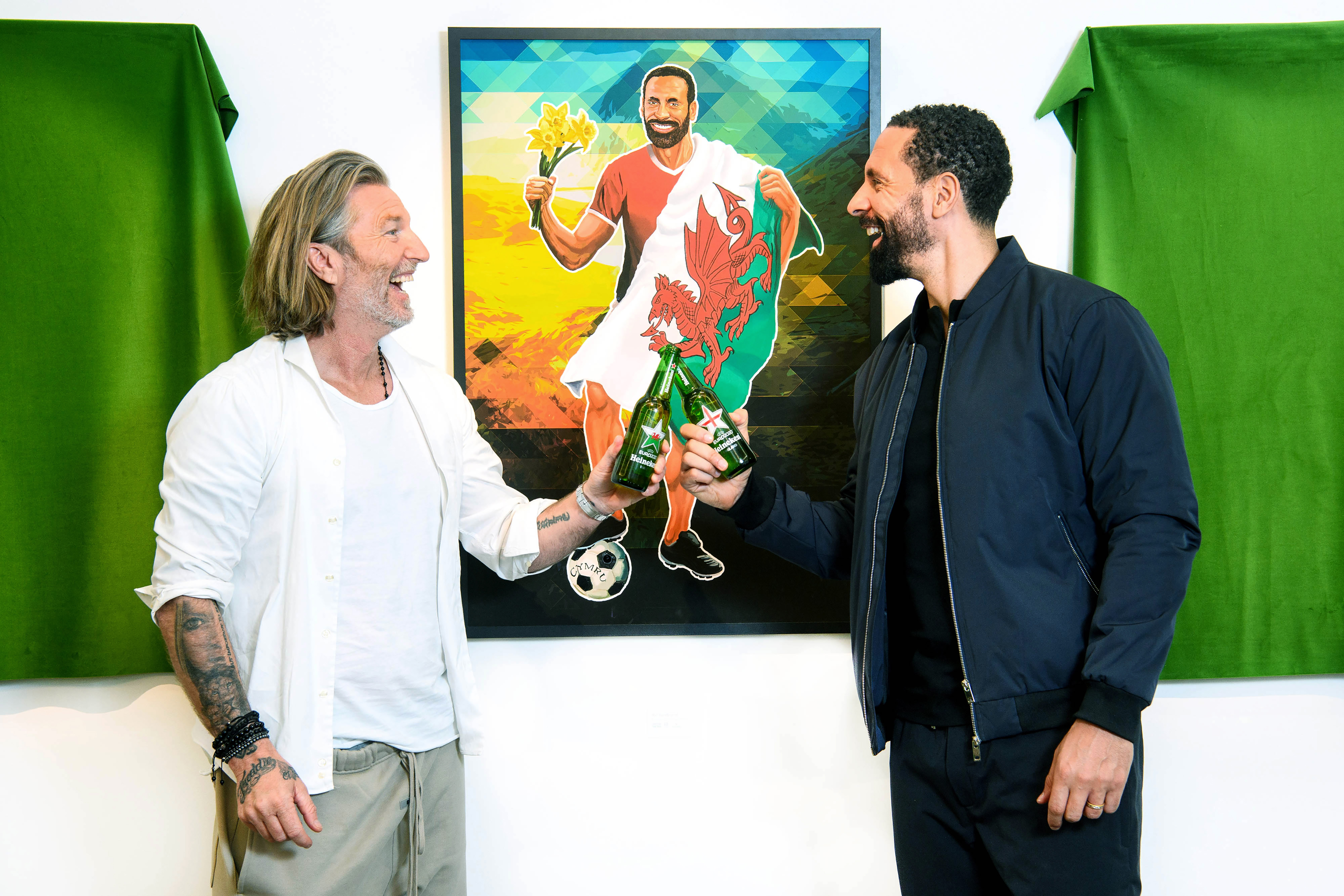 In the prank, Rio was told he was being inducted into Heineken’s official Hall Of Fame alongside a number of international football icons.

But little did he know that Robbie, 46, was actually the one executing the operation – from the artwork to those unveiling the portrait on the day.

Robbie was even in control of everything the actors said on the day, including making a joke about Rio’s teeth.

The prank culminated in Rio, 42, being shown his portrait, which revealed him in a Welsh flag – leaving the patriotic Englishman aghast. 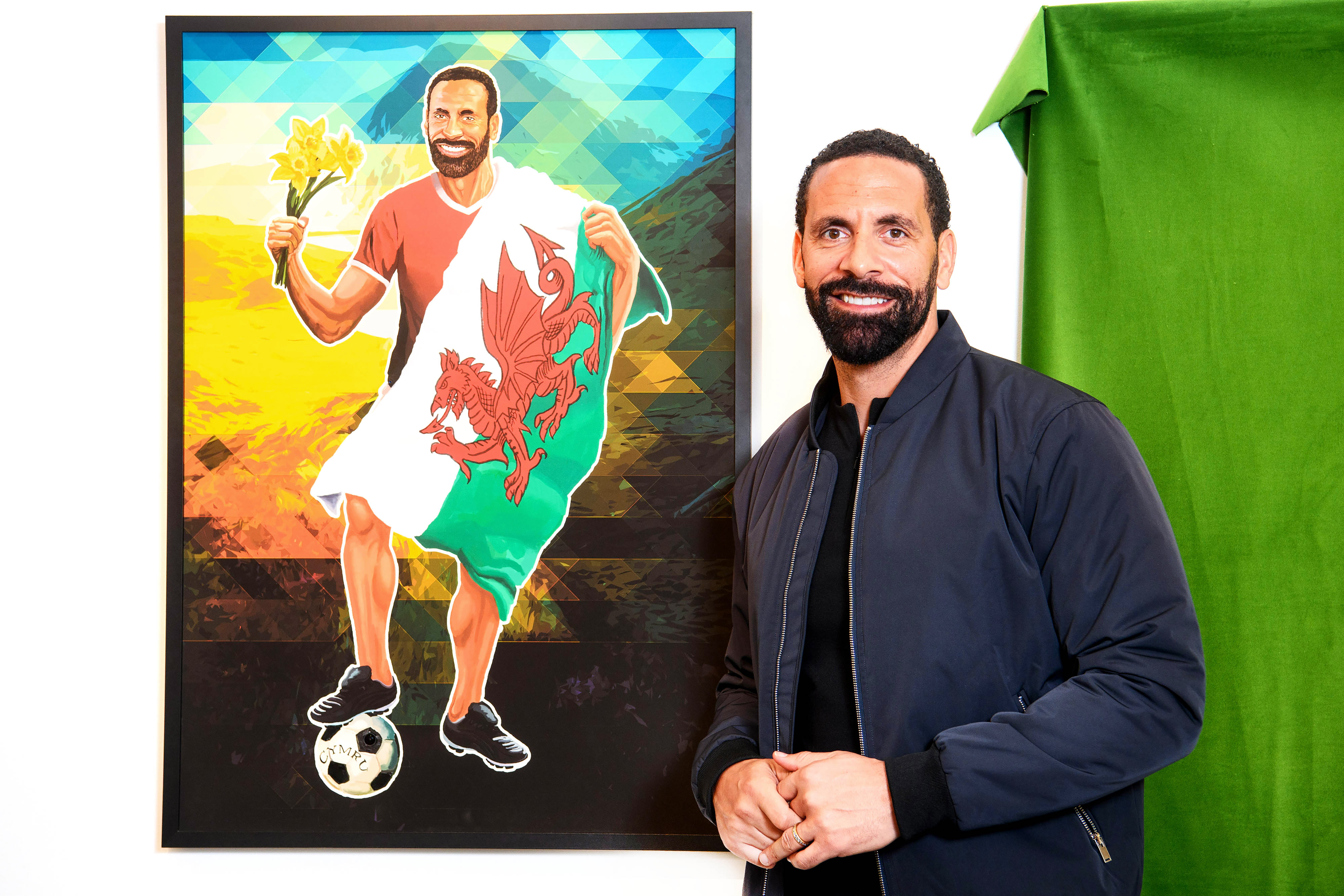 Speaking exclusively to The Sun about the prank, Robbie said: “This campaign is all about being friendly rivals.

“Rio has pranked me so many times, including with snakes during a trip to South Africa, so when Heineken asked me to get involved I jumped at the chance.

“To be in the actor’s ears was amazing, when I made the comment about his teeth. That was funny. This campaign is brilliant because it is fun.

“In this Euros everyone is coming back together and this campaign is all about bringing us together.” 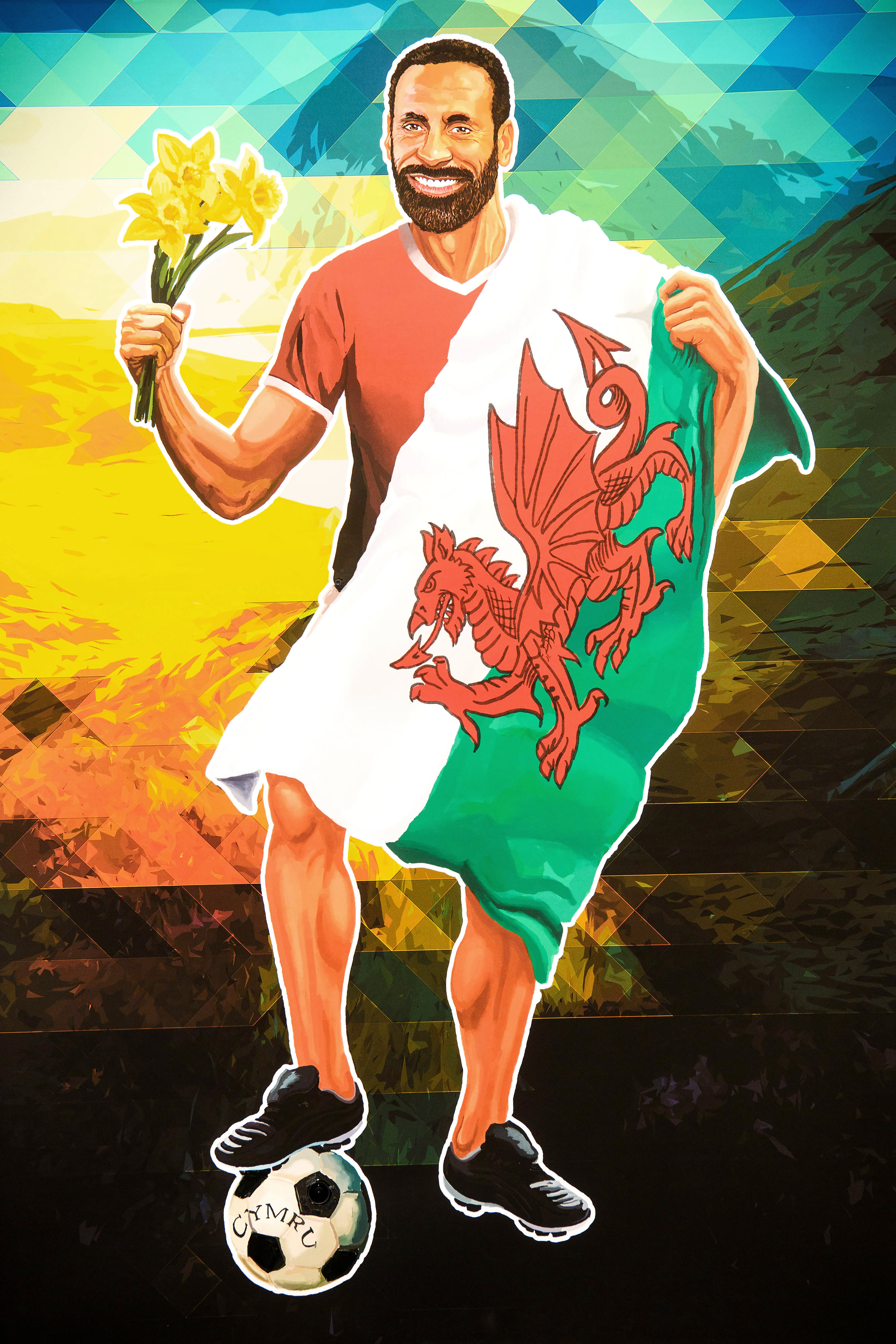 Robbie also opened up about his own rivalry with Rio, which saw them regularly clashing on the pitch during their days as Premiership players.

“We have gone from rivals to really close friends, I was at Rio’s wedding in Turkey to Kate – it was a privilidge for me to be there.” 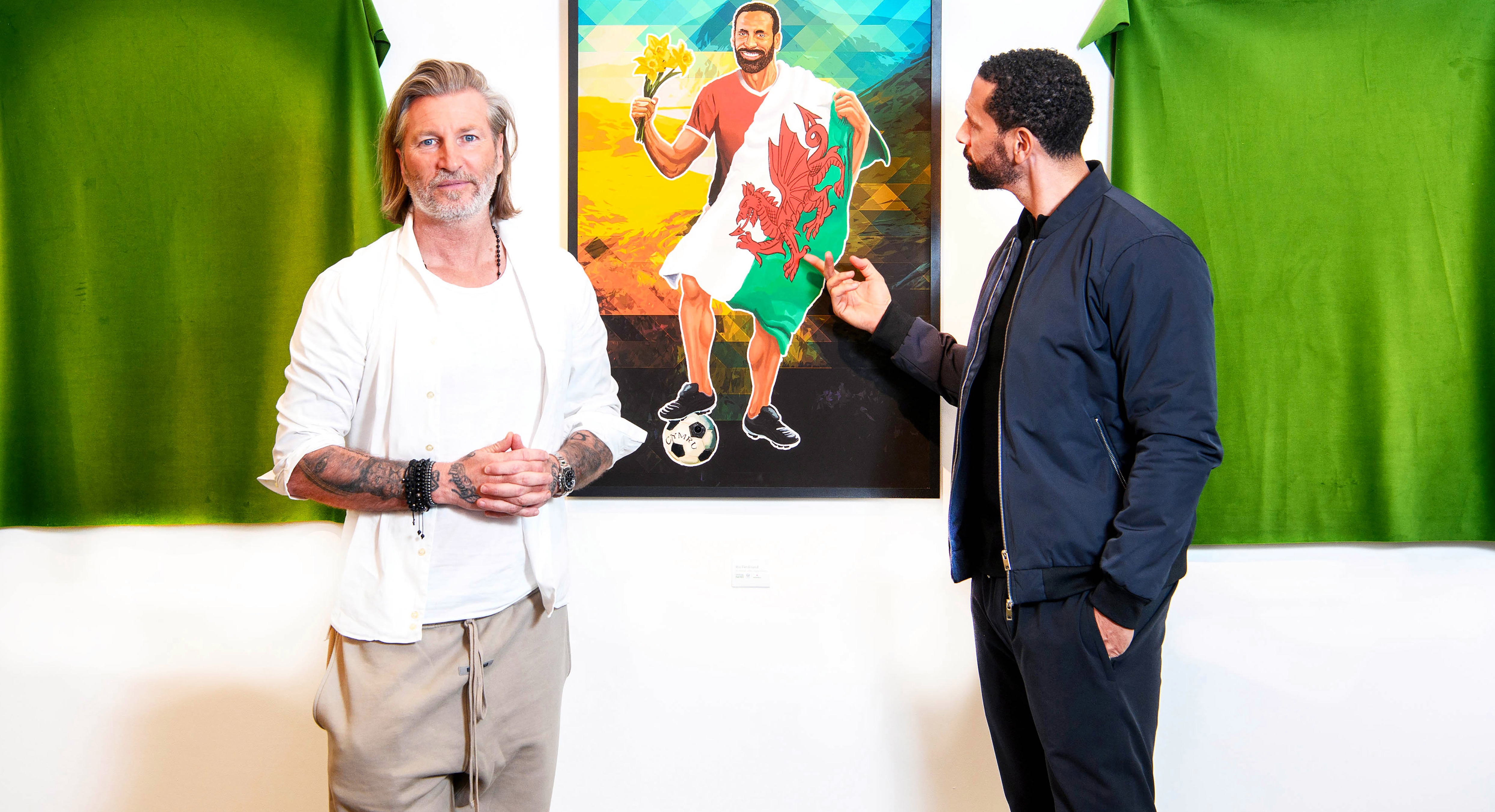 During the prank Robbie said he wanted to push Rio to his limit but was encouraged to call it a day after seeing a tell-tale sign from the pundit.

Robbie said: “Rio and I share the same agent and he was in on the prank.

“There was one point I saw Rio’s eyes go, and I’ve seen those eyes before on the football pitch.

“Our agent said I had to go in there but I wanted to wait a bit longer.

“I’ve seen when Rio really goes. When I got him sent off he tried to get into the changing room, he was fuming.

“I wanted to carry on but when his eyes went, I ran in. It was brilliant.”