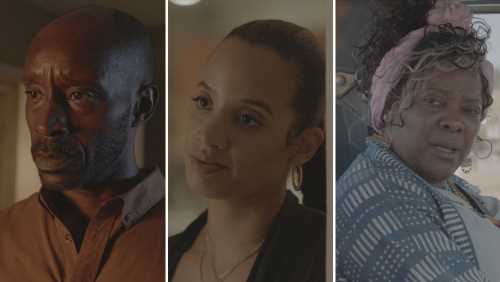 EXCLUSIVE: Production for the short films chosen for the AT&T Filmmaker Mentorship Program are underway and Rob Morgan (This Is Us, Just Mercy), Dascha Polanco (Orange is the New Black, When They See Us) and Loretta Devine (Grey’s Anatomy, Family Reunion) two of the films have joined two of the films.

With Emmy winner Lena Waithe as the lead mentor and  with the support of Waithe’s producing partner Rishi Rajani, AT&T Hello Lab, and Fullscreen, the program discovers, incubates and empowers emerging filmmakers from underrepresented communities to evolve their work, grow their audience and provide national distribution on platforms such as DIRECTV and DIRECTVNOW.

Waithe hand-picked the five shorts from up and coming creators and storytellers. The films represent a range of diverse identities including LGBTQ+, women, communities of color and more. The chosen mentees had access to industry advisors, studio and production company executives, agents and casting directors.  They received advice on pitching, budgets and directing. In addition, the program introduced a unified theme of “growing pains” with all the shorts which allowed the writers and directors freedom to express their unique, individualized perspective. Waithe also expanded the mission and scope of the diversity-driven program to incorporate music by identifying unsigned and underrepresented musicians.

Read the complete details for the short films below.

Postmarked (Angela Carbone)
After uncovering a trove of long-lost letters, a ten-year-old boy goes on an adventure to find the person who sent them.
Cast: Rob Morgan, Jaylin Fletcher Quie Tann, Loretta Devine

Spilt Milk (Mechi Parada-Lakatos)
Single mom Ximena moves back in with her parents while struggling to care for her infant son. She reconnects with her ex-partner, Lena, who is now raising the child they conceived of together with the sperm donor they chose, and the old wound is reopened. Cast: Dascha Polanco, Zuri Adele

1/30 (Malik Aziz)
On the first day of Ramadan, a young architect attempts to fast for the first time while also trying to win a major contract for his firm. Cast: Jeremie Harris, May Calamawy, Kevin Corrigan, Tom Lipinski

The Fat Friend (Jasmine Johnson)
A woke boarding school student questions her commitment to activism when she finds herself with no friends, countless enemies and facing some very serious accusations that threaten to get her expelled. Cast: Melora Walters, Dylan Chloe Dash, Sara Targum, Rileigh Skye McDonald

Fragile.com (Brittany Menjivar)
A teenage girl with acting dreams, an empty wallet, and a broken heart is approached by a charming man who promises her fame, fortune, and affection—if she agrees to livestream herself crying for his niche website, Fragile.com. Cast: Colin Woodell, Carly Stewart