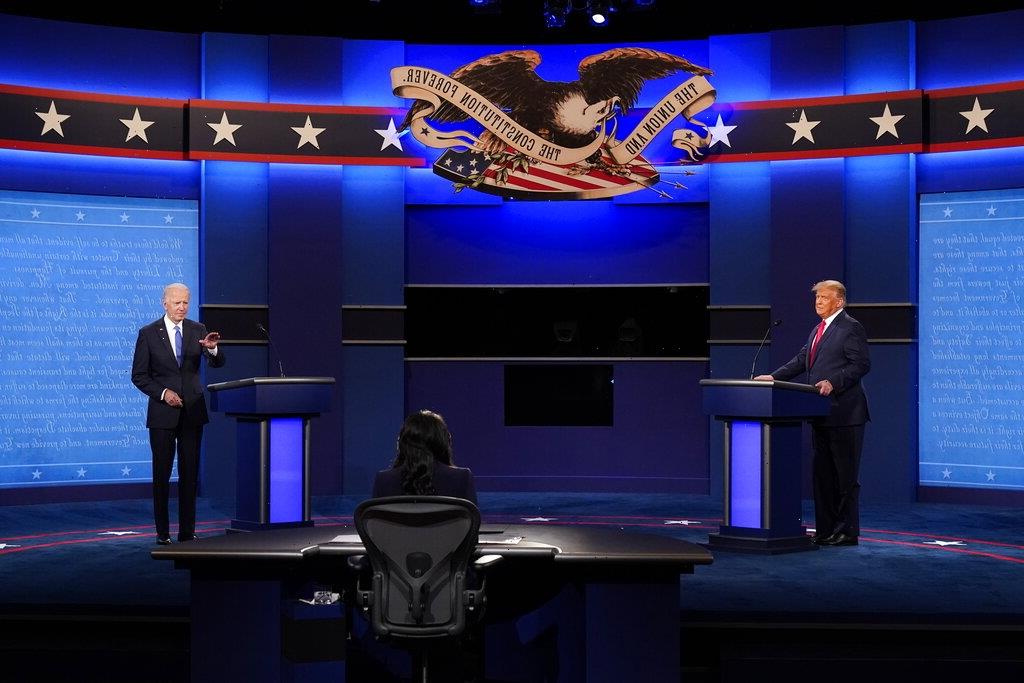 The Republican National Committee is threatening to block its 2024 presidential nominee from participating in the next general election debate unless a series of changes are made to schedule and structure of the organization that holds them.

RNC Chairwoman Ronna McDaniel said on Thursday that the party would begin to amend its own rules at its upcoming winter meeting to prohibit those candidates from participating.

“The RNC has a duty to ensure that future presidential nominees have the opportunity to debate their opponents on a level playing field,” she wrote in a letter to Frank Fahrenkopf and Kenneth Wollack, the co-chairs of the Commission on Presidential Debates.

She added, “So long as the CPD appears intent on stonewalling the meaningful reforms necessary to restore its credibility with the Republican Party as  fair and nonpartisan actor, the RNC will take every step to ensure that future Republican nominees are given that opportunity elsewhere.”

The Commission On Presidential Debates was set up as a bipartisan entity to organize and oversee the general election debates, starting in 1988. But in 2016 and then in 2020, Donald Trump complained bitterly that the commission was biased against him. In the most recently cycle, he objected to the choices of some of the debate moderators, including Chris Wallace, then of Fox News, and Steve Scully, then of C-SPAN.

But his campaign also objected to the debate schedule, with the first debate taking place on Sept. 29, 2020, after mail in ballots had been distributed in a number of states. They also protested when the planned second presidential debate, slated for Oct. 15, switched to an all virtual format after Trump contracted Covid. That matchup with Joe Biden was eventually canceled.

The commission does not oversee the primary debates, which have been set up by media outlets.

McDaniel said the RNC is seeking a series of changes, including holding at least one debate before the start of early voting, prohibiting commission staff and directors from engaging in partisan political activity, setting term limits for CPD board members, and disqualifying moderators “who have apparent conflicts of interest due to personal, professional or partisan factors.” She also said that the RNC wants “a transparent code of conduct for moderators in conducting debates, including guidelines for appropriate interactions with the participating nominees, with meaningful penalties for violations.”

But the commission has been steadfast in maintaining its independence in key areas, as in the selection of moderators, rather than rely on input or approval from the campaigns. In 2020, the Trump campaign sent the commission a list of suggested moderators, but none were selected.

The moderators themselves have been given discretion on when to step in to control interruptions or fact check, well aware that their actions will be closely scrutinized and criticized. The first presidential debate between Trump and Biden went off the rails, and moderator Wallace later acknowledged that the debate was “awful” and that Trump “bears the responsibility for what happened.”

A spokesperson for the commission said, “The CPD deals directly with candidates for President and Vice President who qualify for participation in the CPD’s general election debates. The CPD’s plans for 2024 will be based on fairness, neutrality and a firm commitment to help the American public learn about the candidates and the issues.”

If the RNC were to prohibit its nominee from participating, it’s unclear what sanctions a candidate would face for doing so anyway, given the stakes for the debates so close to the general election. There’s also the possibility of the commission being bypassed altogether, and campaigns agreeing on their own to debate, or some other entity organizing such a matchup. But the CPD formalized a process that was, until then, relatively new to the presidential cycle. There were televised presidential debates in 1960, 1976, 1980 and 1984.

The New York Times first reported on the RNC’s letter.