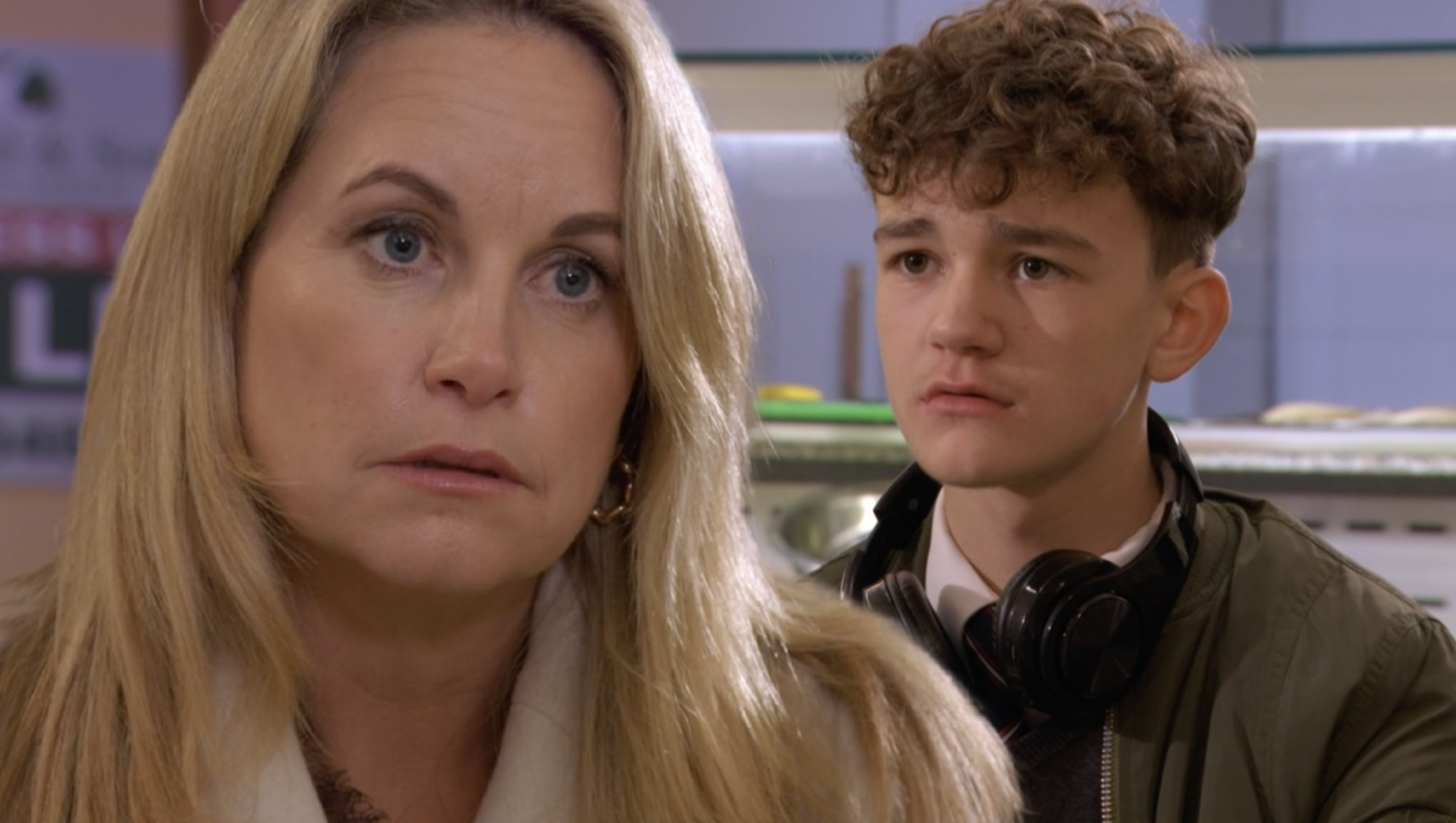 Sam Mitchell (Kim Medcalf) has quite the dilemma on her hands in EastEnders, after Ricky Mitchell (Frankie Day) pleaded with her to stick around.

The wine bar manager, as viewers know, has told former husband Ricky Butcher (Sid Owen) that she’ll move to Germany and start a new life with him, following their reunion last year.

Ricky Jr, however, is in need of his mum, after he found out that Lily Slater (Lillia Turner) is pregnant with his baby and she’s keeping it.

The 12-year-old was informed that he was going to be a dad by Lily, who was adamant that he needed to hear it from her before word spread. Ricky was taken aback and confided in Sam, who missed her shot at proving supportive by revealing that she’s leaving for Germany.

Unable to stop thinking about what her son had told her, Sam relayed the news to Jack Branning (Scott Maslen) and Denise Fox (Diane Parish), who wasted little time in confronting Stacey (Lacey Turner), demanding answers.

Sam, meanwhile, spotted a forlorn Ricky in McKlunkeys and told him that he’s better off without her, commenting that Jack and Demise are great parents.

Ricky, however, pleaded with her not to go, asking her to stay and support him when he needs her the most. The question is: will Sam prioritise her son’s needs?

Will she prove to be the mother that Ricky truly believes she’s capable of being? Or will she leave the Square and start afresh in Germany?

EastEnders continues Wednesday January 25 at 7:30pm on BBC One.