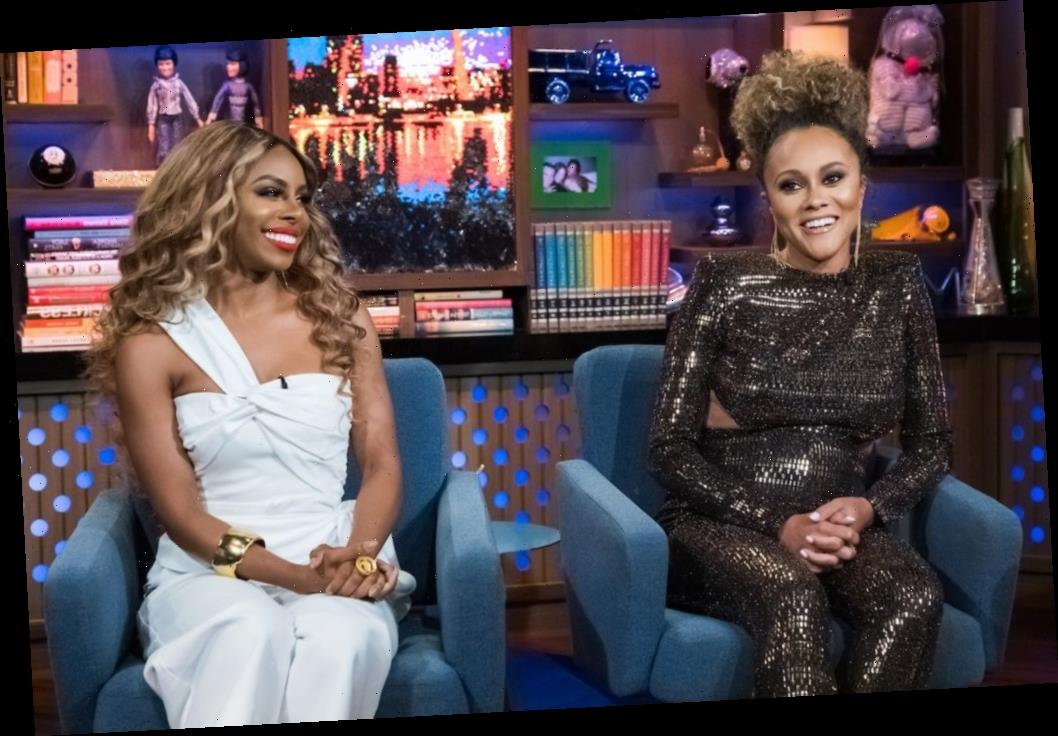 Fans are waiting to see the explosive moment between Candiace Dillard and Monique Samuels play out on RHOP. But, Samuels and Dillard aren’t the only ones beefing this season. As the season’s promo shows, Ashley Darby and newcomer Dr. Wendy Osefo have a war of words and Dillard is happy to witness it all.

Dillard’s relationship with Darby is not as friendly as it was previously. Viewers met Dilliard through Darby. Both are former pageant queens who Darby says met through the pageant world.

The two have had several major blowups. Darby is critical of Dillard relying on her mother financially. Dillard’s been open about the fact that her mother funds her lavish lifestyle, paying for half of her mortgage and investing the money for Dillard to start her luxury line of hair extensions.

Darby’s also comes under criticism from Dillard. Dillard accuses Darby of depending on a man and staying in a relationship she deems unhappy because Darby can’t afford the lifestyle she wants.

She’s also ben skeptical of Darby’s desire to start a family, calling Darby’s drinking into question. Dillard also believes Darby only wants to expand her family and have children in order to keep her rich husband.

The two’s friendship appears beyond repair. They battled during season 4’s reunion and at the start of season 5, their relationship remains strained. Darby admits that Dillard is the only cast member who hasn’t congratulated her on the birth of her first child.

Dillard and Darby’s relationship will continue to play out during season 5 but there may be hope for a reconciliation. The trailer for season 5 shows Darby in a feud with a new co-star, Dr. Wendy Osefo.

As of now, it’s unclear where the tension between Darby and Dr. Wendy starts but the two exchange shade. A clip from an upcoming episode shows Darby dismissing her co-star as just Wendy. The Johns Hopkins professor responds to Darby, saying, “Dr. Wendy. Address me as such. Thank you, sweetie.”

#RHOP fans: due to these unprecedented times, we have to push the new season until the summer. However, when we say it will be worth the wait, we MEAN IT! Thank you for your continued love and support. Stay healthy and stay safe! We’ll be in touch with a new date ASAP 🌸💜🌸

For Dillard, it’s refreshing to see someone else besides her trade jabs with Darby.

“Honestly, I found it very entertaining because if you’re a fan of the show, you see that in season’s past I have been the one whose kind of always been the resident sparer with Ashley Darby and honestly I’m over it,” Dillard tells People TV in a new interview.

She continues: “So it was just funny to see someone else now having an issue with Ms. Ashley…it was just nice to see somebody else deal with her smart mouth, foolish drama and Wendy handled herself.”

Dillard’s co-stars don’t share the same feelings about Darby as she does. In season 5’s premiere episode, three of her castmates confront her and challenge her to apologize for Darby over the remarks she made about Darby online.

RHOP airs on Sundays on Bravo at 8 PM EST.