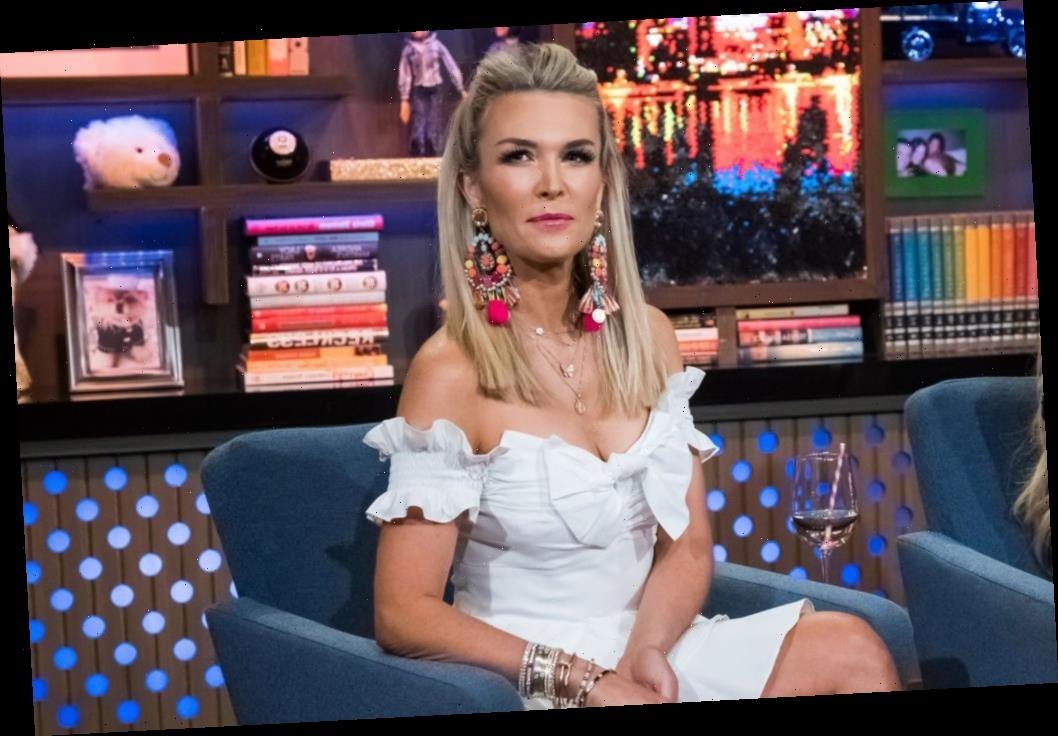 Tinsley Mortimer’s relationship with Scott Kluth has been followed on Real Housewives of New York (RHONY). She has made it known that she wants marriage and kids, but will it actually happen?

The reality star is reportedly back with Kluth and planning to take a huge step in their relationship. Find out how she is rumored to be leaving New York City and more.

Mortimer is one of the newer cast members on RHONY. However, she is reportedly one of the stars that is on the chopping block.

Anthony Scaramucci’s wife, Deidre Ball, was reportedly being considered to join the cast. There is a reason why Mortimer could have been replaced.

“No one knows her and it’s like starting all over every season . . . How many seasons can they sit around talking about her dating or not dating [sometimes-boyfriend] Scott [Kluth]?” a source said according to Page Six.

Barbara Kavovit also reportedly won’t be joining the cast after last season. Bethenny Frankel then announced that she quit the show.

Mortimer is still spending a lot of time with Kluth. She reportedly even missed filming to be with him, fueling rumors that she might be done with the show.

Page Six reported that she went to Chicago with him instead of going to film with the cast on Oct. 31 at the Eventi Hotel. Some of cast members reportedly took this as a sign that she is quitting.

A source claimed she is planning to continue to be on the show in some way. Radar Online then gave an update about her status with filming.

“So she missed one event,” an insider said. “She will be filming the show next week!” Another person then said, “She is still filming. Any rumors of her quitting is everyone just speculating and the cast gossiping.”

Mortimer is reportedly moving to be with Kluth

The reality star might be getting exactly what she wanted. There is a source saying the couple is about to take a big step.

“Scott is proposing soon,” a source told Us Weekly. The insider also claims she is ready to move to Chicago after filming season 12.

“She is moving for love,” the source said. “This is a very happy time in her life right now and everyone is rooting for her and Scott. They have addressed all their issues and no longer want to live without each other. She is very, very happy!”

The reality star has talked about her relationship with her co-stars before. She opened up about the distance between her and Kluth with Luann de Lesseps.

“I love Scott,” Mortimer says. “You don’t know Scott and he’s not around often. It’s a logistical problem. He lives in Chicago. My brand, my image is connected to New York. That’s what I lost when I went back to Palm Beach. It just doesn’t make sense in Chicago right now.”

She did eventually tell the cast that Kluth was planning on getting her a ring. However, they had their doubts. Only time will tell if a proposal will happen.