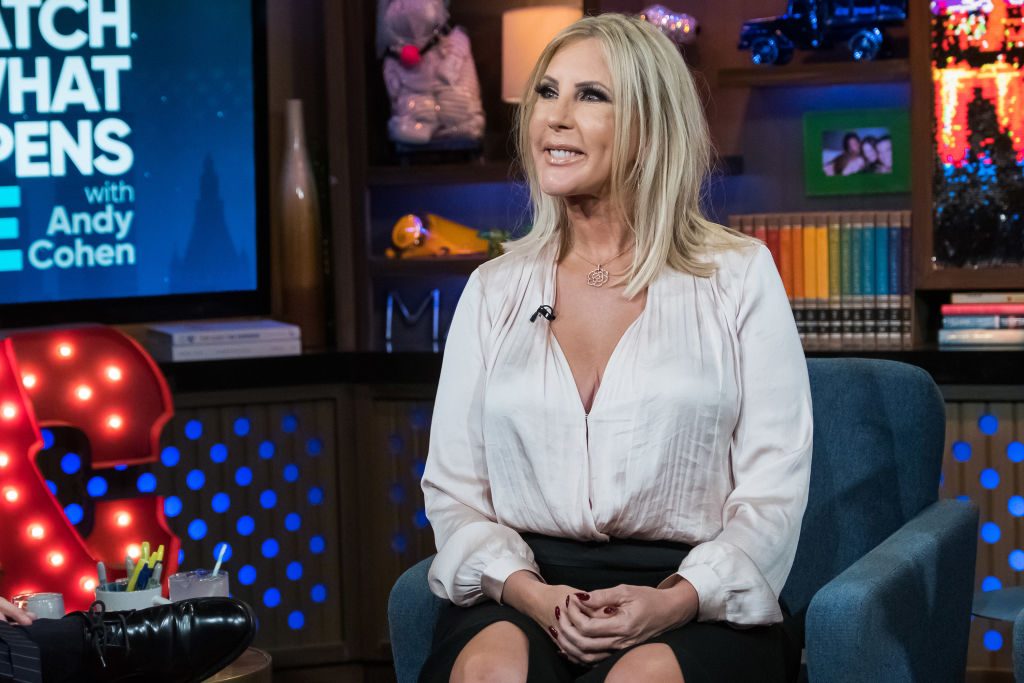 The Real Housewives of Orange County started the Real Housewives franchise. Vicki Gunvalson has been there as a full-time cast member the whole time, but that’s about to change. Did she get replaced by Braunwyn Windham-Burke? Here is everything you need to know.

Vicki Gunvalson reportedly was demoted before anyone new was hired

The original star was reportedly demoted to a “friend” before anyone new was hired. Radar Online reported on her reaction to the news.

A source claimed she was “absolutely crushed” when it was decided she would lose her spot. “Word started spreading around that she was getting the axe a couple of weeks ago, but no one really believed it until they started filming without her,” the insider claimed.

Why was she demoted? Gunvalson reportedly didn’t have a storyline. “When you added that on top of the cocaine drama with Kelly [Dodd], it was just her time to go,” a source said. That would be referring to the time Gunvalson accused Dodd of doing cocaine during the Season 13 reunion.

When the word got out, some fans tried to ask Gunvalson to comment on her position on the show. One fan commented on her Instagram with “Please say you’re full time this season? So many reports saying you’re a ‘friend of.’” She responded with, ” Stay tuned. I’ll never be just a ‘friend.’”

A full-time cast member was later hired. Braunwyn Windham-Burke is a mother of seven children. She is reportedly on good terms with Dodd.

The new star posted the cast photo on Instagram and wrote in the caption, “Finally !!!!! Here’s what we’ve been up to the past few months, it’s been such an amazing, crazy time and I’ve enjoyed every minute (almost) #rhoc#rhocseason14 #castphoto repost #usweekly.”

She also posted her own photo with the caption, ” It’s official!! I had the best time of my life Thank you @evolutionusa @bravotv @matthewgsolomon #rhoc#rhocseason14.”

It looks like Tamra Judge might get along with the newcomer as well. She commented on her cast photo with “You’re officially a housewife.”

Gunvalson is seen in the Season 14 trailer

The original cast member is still seen in multiple parts of the new trailer. She is very much part of the drama.

Gunvalson is seen at a dinner table saying, “I have not revealed all that I know.” She is later having it out with Dodd who calls her a con woman. Gunvalson yells back, “You are a bully!” We see her again in another scene saying, “She called me fat.”

There will be some fun times including Gunvalson too. She is seen dressed up with the rest of the cast for some kind of party, and she’s introduced as Queen Victoria.

Gunvalson posted a video on Instagram of her walking with Judge and Shannon Beador after the release of the photos and trailer. She captioned it with, “Tres Amigas getting ready for season 14. #bravo #rhoc.”

It should be interesting to see how this casting shakeup will affect the show. Season 14 of The Real Housewives of Orange County premieres on Bravo Tuesday, August 6, at 9 p.m. ET.

Got a shiny face? Using a facial oil can stop your skin looking so greasy, say experts