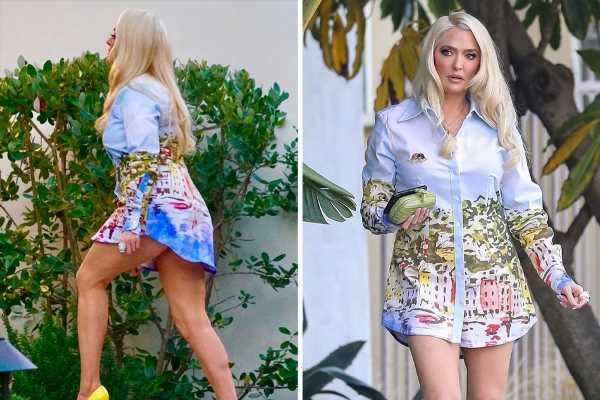 ERIKA Jayne is ready to face the music again as she got glammed up for the new season of Real Housewives of Beverly Hills.

The 50-year-old reality star was spotted in a skimpy shirt dress with colorful print and heels as she arrived at a mansion in Bel-Air to film the Bravo show. 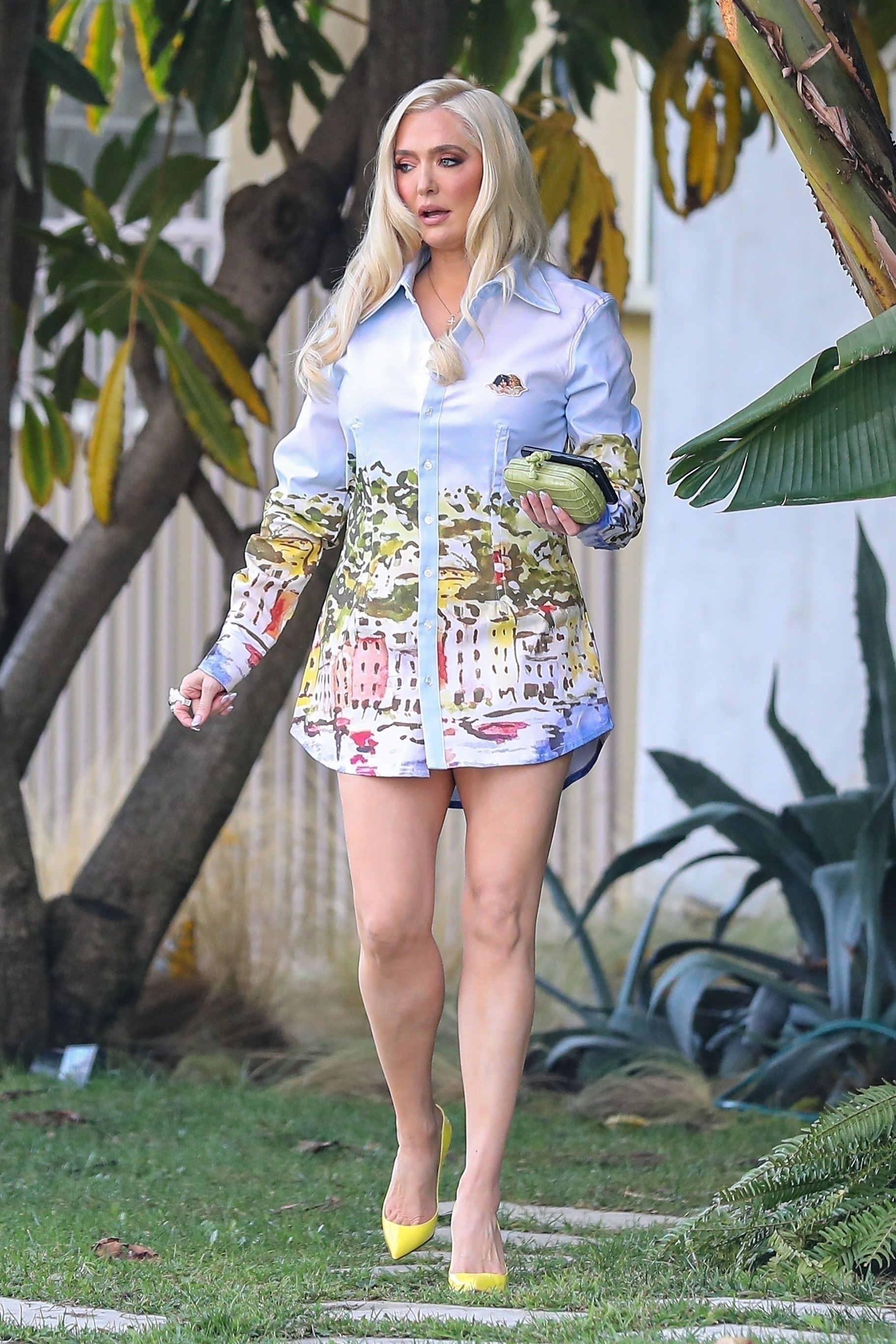 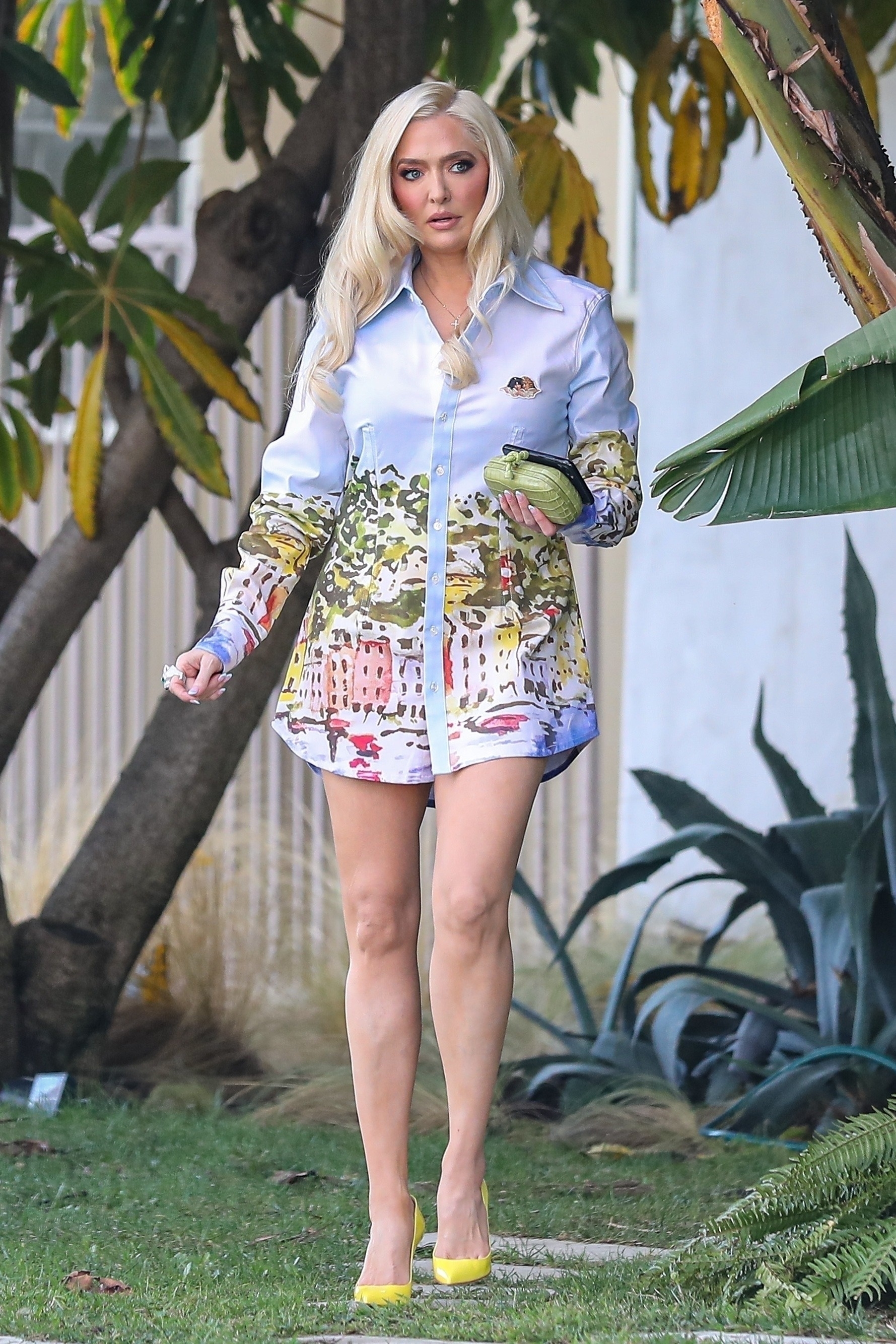 Erika showed off her legs in some bright yellow heels and it appeared her blonde locks had been freshly styled by her glam team.

The cameras started rolling again just after part four of the reunion show for season 11 aired this week.

Erika sobbed as she claimed her ex Tom Girardi isn’t aware of his embezzlement lawsuits because he’s “too incompetent.”

The reality star made the shocking confession when host Andy Cohen asked if she ever questioned her estranged husband’s guilt in their legal mess.

When the Watch What Happen Live host inquired, “Did you ask Tom if he did it?” Erika, 50, immediately was overcome with emotion.

She broke down but answered: “I asked him why he would leave me with all these lawsuits directed at me.

“Andy, he doesn’t even acknowledge anything. None of it. It doesn’t even matter what he says because he is incompetent.”

Appearing to cry even harder, she added: “So I’m left holding the f**king bag.

“He’s not capable of understanding it when I’ve pressed. And I probably shouldn’t even be telling you that.”

Both Andy, 53, and her costars appeared both shocked and worried at the admission. 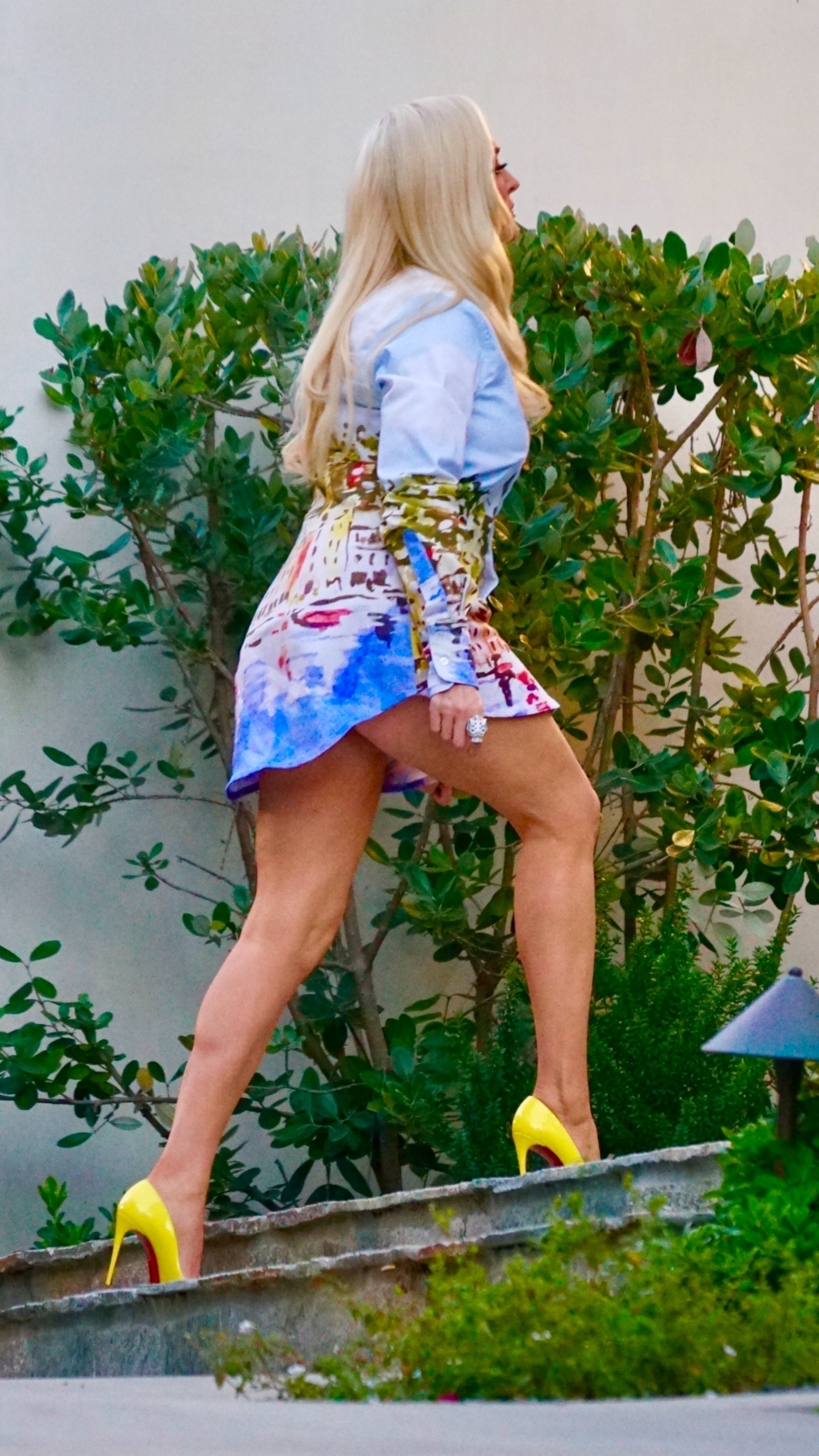 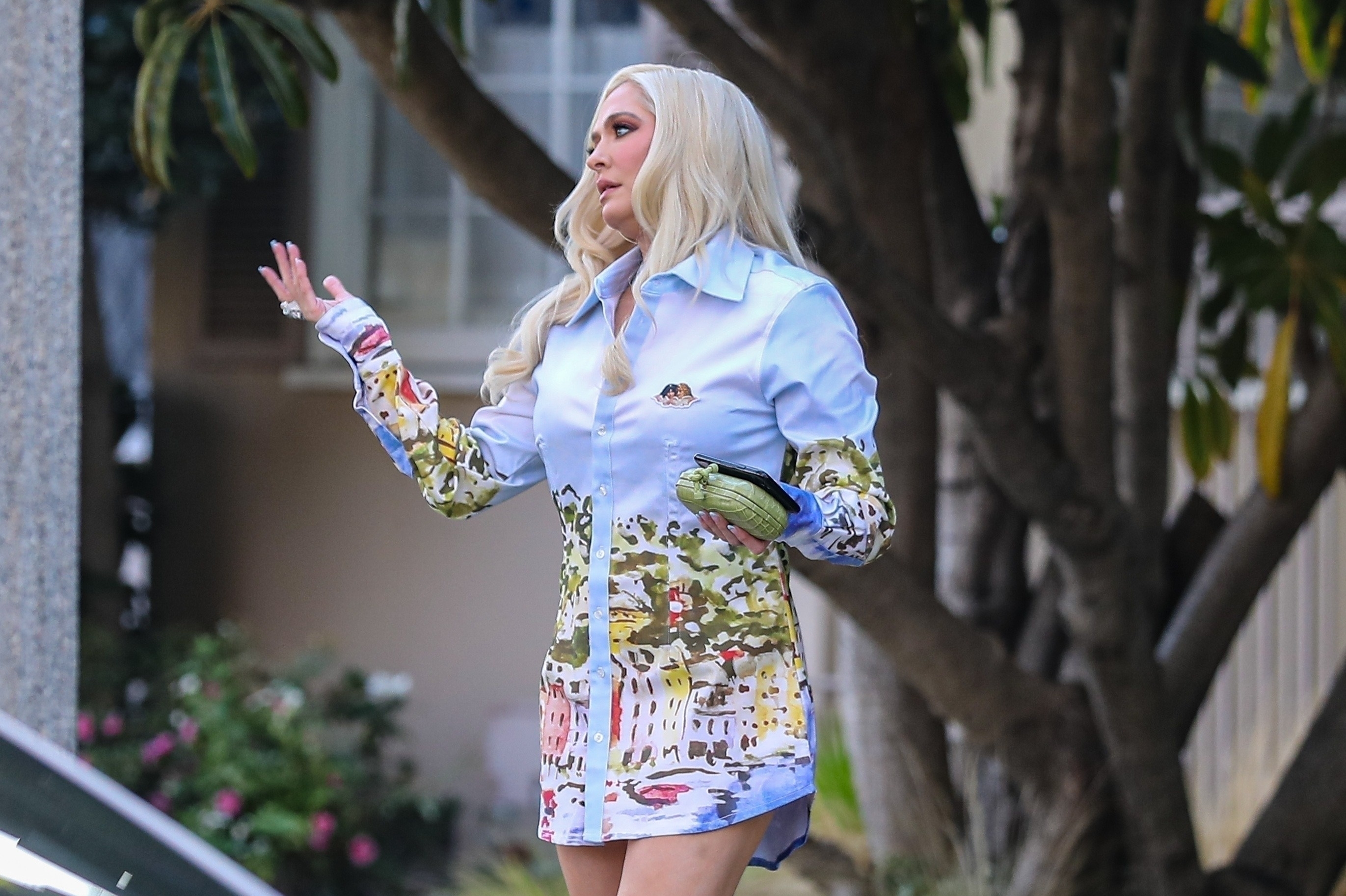 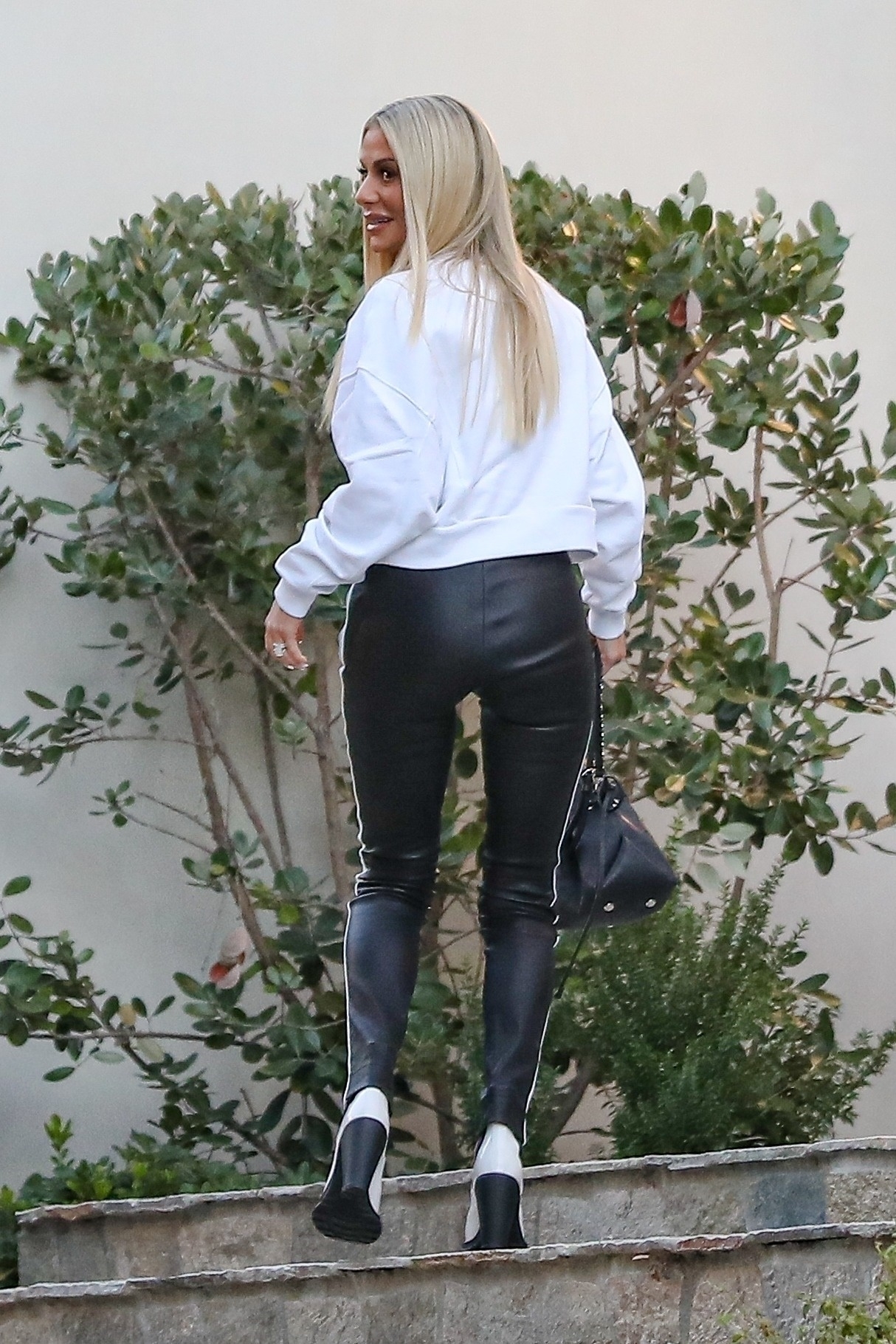 While she said his deteriorating health is "very sad," she also expressed anger towards Tom, 82, for his various legal scandals.

She furiously yelled: “I’ve asked him how he could put me in this position.

"I asked ‘Why would you leave me with millions of dollars of lawsuits pointed at me?'”

Also on tonight's explosive reunion episode, the Pretty Mess singer revealed she still talks to her husband, Tom, who "calls her everyday."

“I just wanted to make sure he was safe,” the Georgia native said as she wiped away her tears.

“Because after the pictures came out, he looked so bad that I just wanted to make sure he was in the right place.”

She was referring to photos that emerged over the Summer of the former power attorney looking frail while appearing to have a black eye.

Earlier this season, Erika revealed Tom's brother, Robert, had been appointed his conservator due to the ex lawyer's dementia.

The RHOBH star filed for divorce from Tom back in November 2020 after about 21 years of marriage.

After their split was confirmed, the former couple was hit with a number of lawsuits.

Despite claiming she was not aware of Tom’s wrongdoings, the Bravo star has found herself at the center of the legal drama.

Erika was accused of “hiding her bank statements," as a trustee's special litigation counsel confirmed that Tom’s law firm transferred about $20 million to her businesses.

However, Erika has continued to deny any wrongdoings. 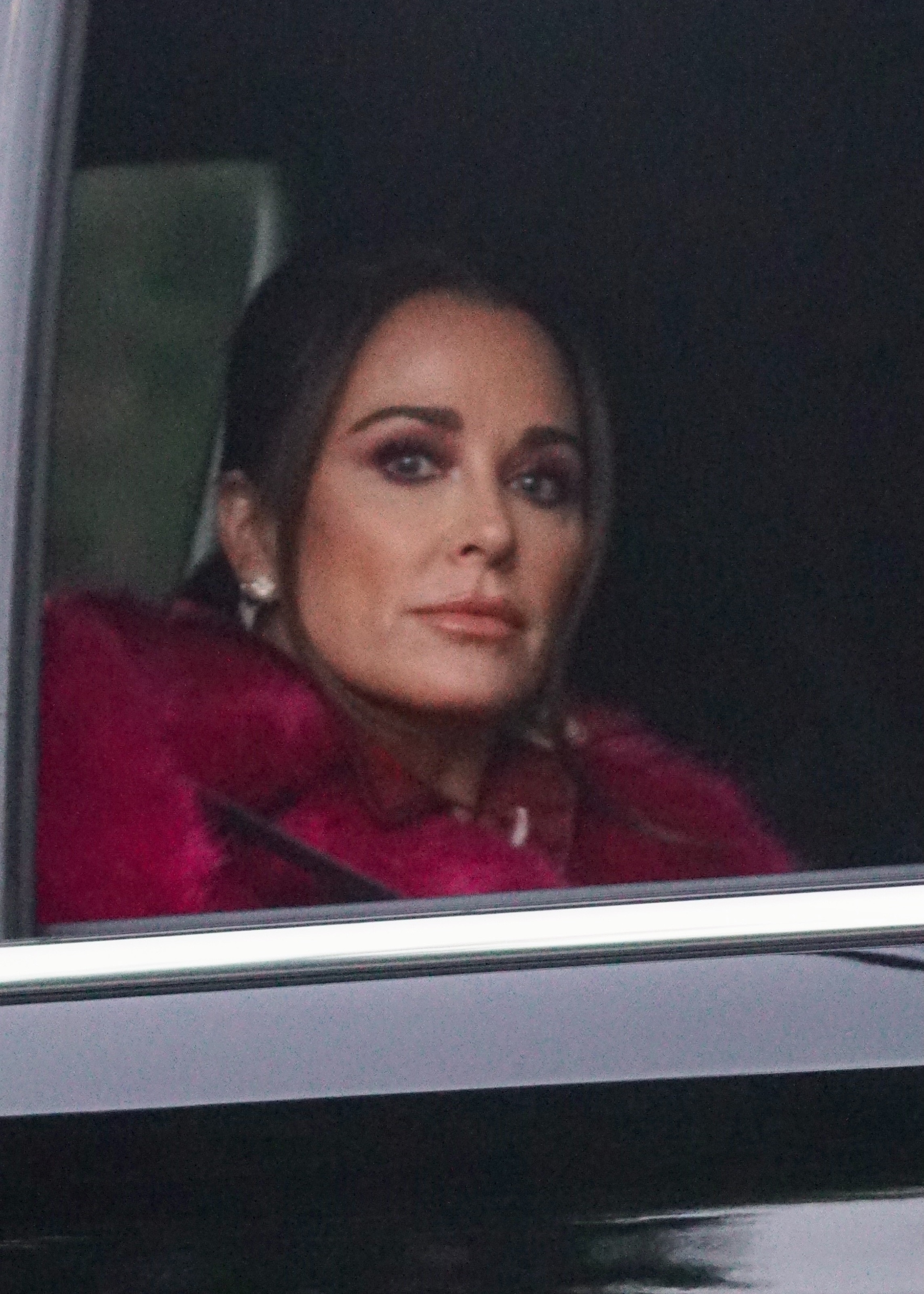 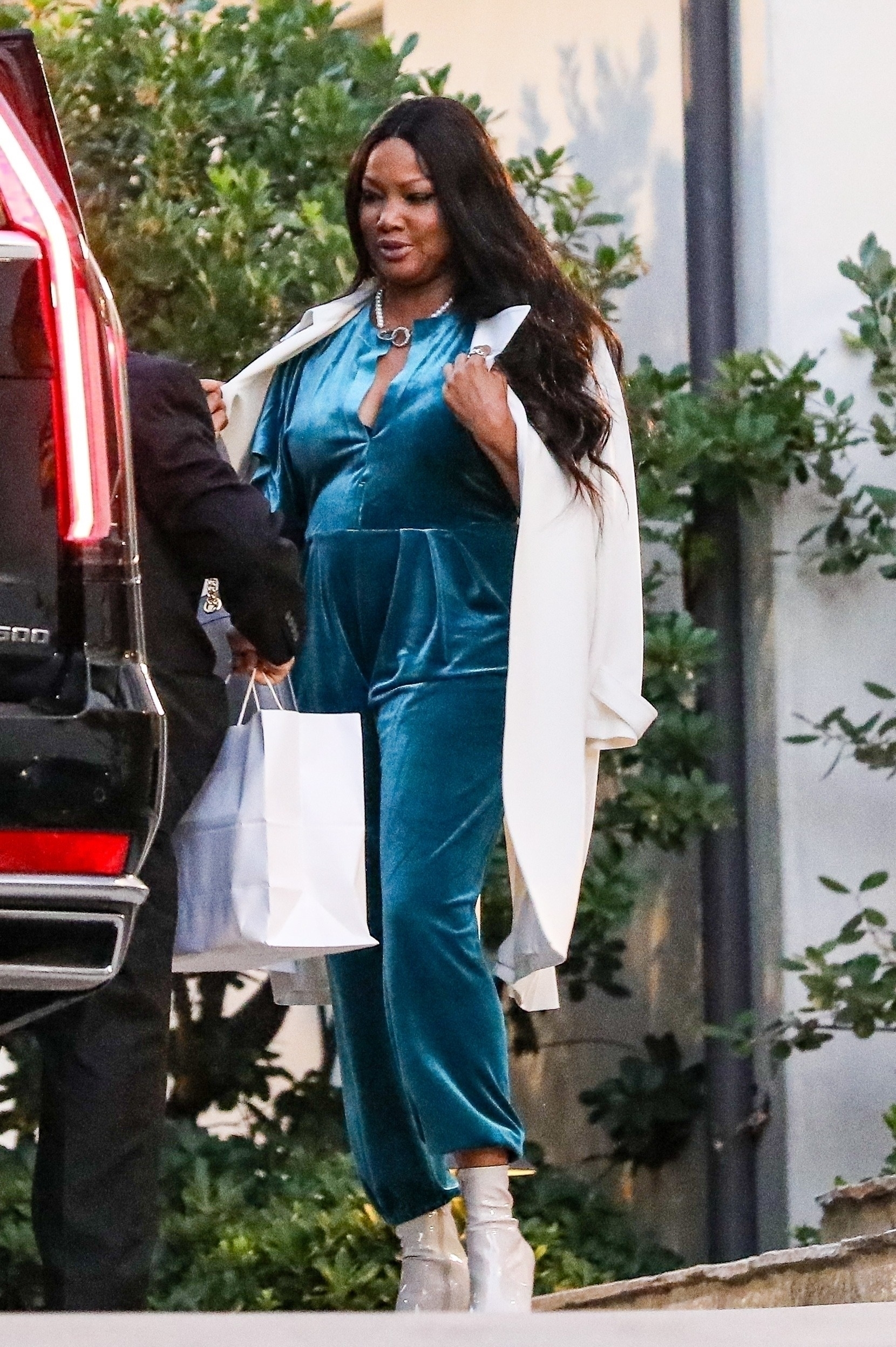 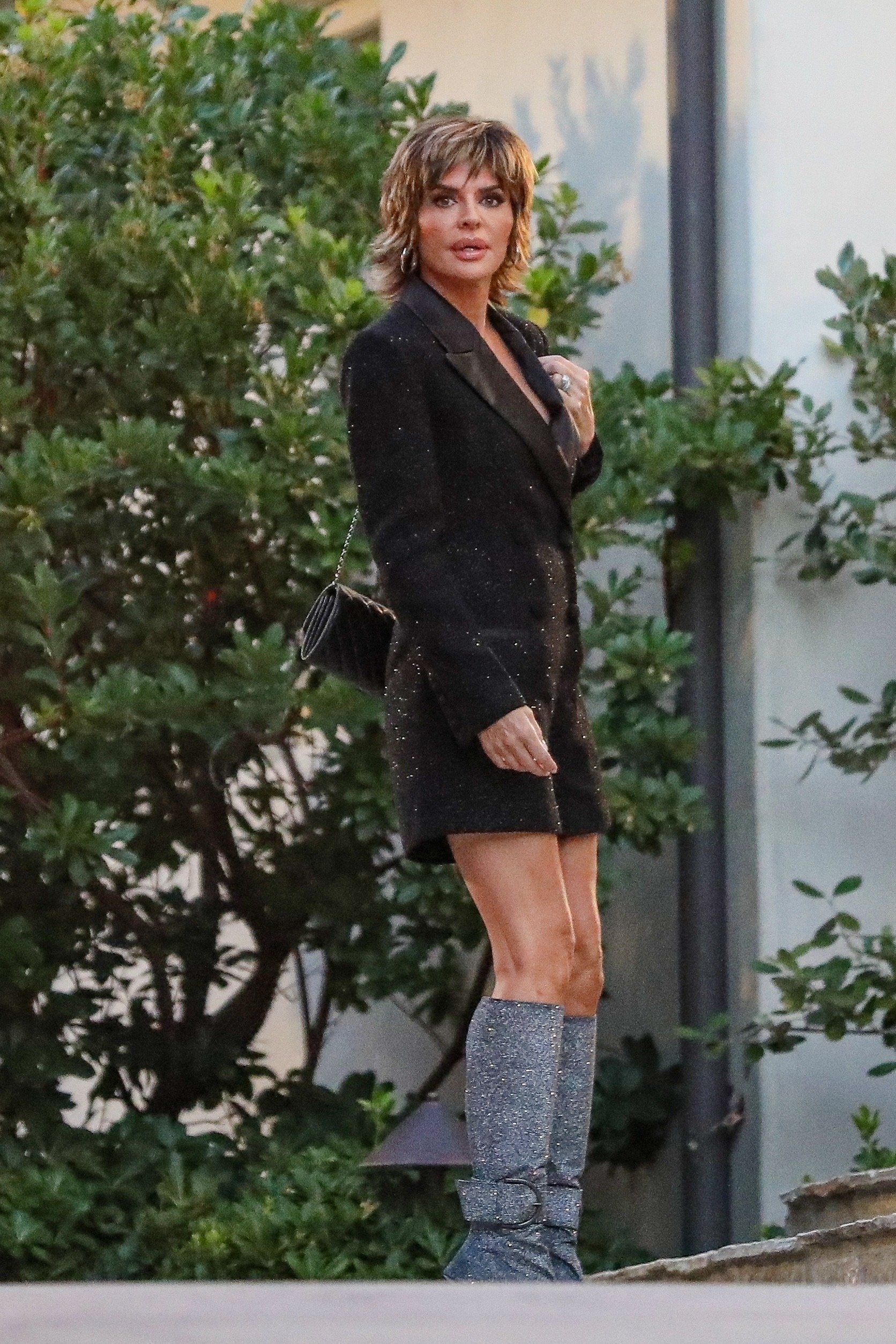 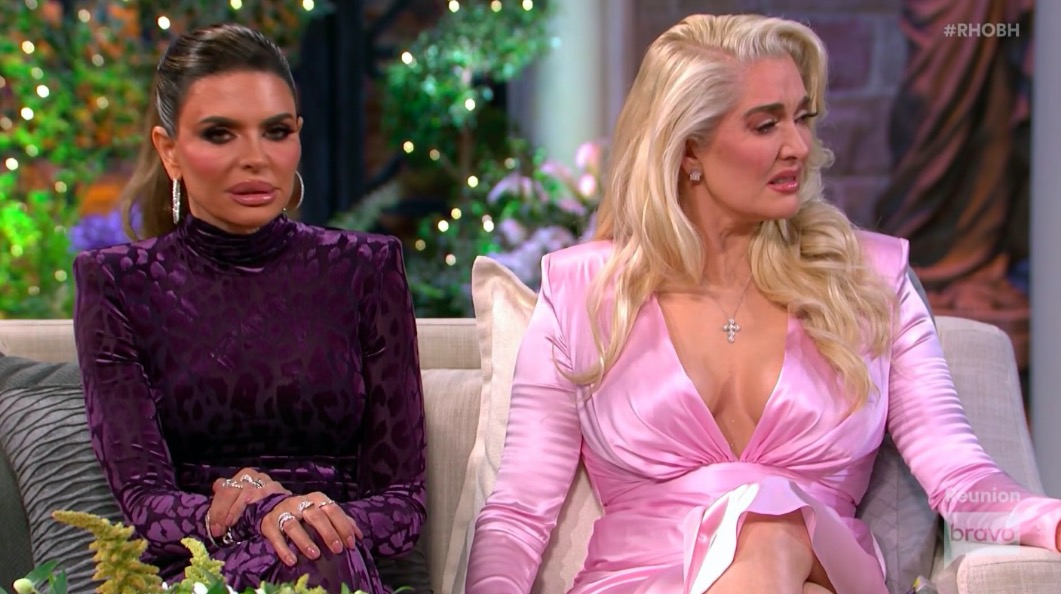