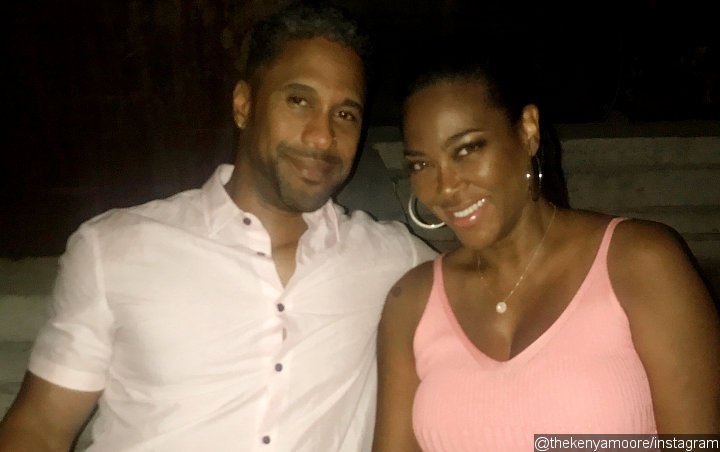 The ‘Real Housewives of Atlanta’ star announced their split in a statement on Thursday, September 19, adding, ‘I ask for our privacy to be respected moving forward.’

AceShowbiz –Kenya Moore shocked people after announcing that she’s divorcing from husband Marc Daly after 2 years of marriage. And now, a new report suggests that viewers of “The Real Housewives of Atlanta” will get to see a huge fight between the former couple in upcoming new season of the Bravo series.

According to Radar Online, “Kenya aggressively confronted Marc at an event he was hosting, and Bravo was filming.” A source detailed that it happened during the charity event for Black Man Lab at the Wimbish House that was filmed for “The Real Housewives of Atlanta” on September 17.

As for the reason why Kenya was mad at her husband, the insider claimed that it was because “Marc told Eva’s [Marcille] husband that he is tired of Kenya’s s**t.” The source continued, “He called her an attention w***e,” adding that “Marc just doesn’t want to be on TV. It is plain and simple.”

Kenya reportedly knew about his conversation with Eva’s husband after she overheard co-star Marlo Hampton, who overheard the talk, told Cynthia Bailey and NeNe Leakes about it.

Upon knowing that, the TV star allegedly “was shouting all sorts of threats at Marc and the cameras kept rolling.” The source added, “It has been coming ever since she started filming again. Marc doesn’t return her calls, he doesn’t come to Atlanta, doesn’t see their baby. It is all very upsetting to Kenya.”

Kenya announced their split in a statement on Thursday, September 19. “It is with profound sadness that I regret to inform my fans that I am divorcing my husband Marc Daly,” she wrote. “Due to recent and ongoing circumstances, I can no longer continue in the marriage.”

“My sole concern and focus is and will always be my daughter, Brooklyn, my miracle baby. She was made in love and true commitment. I ask for our privacy to be respected moving forward.”