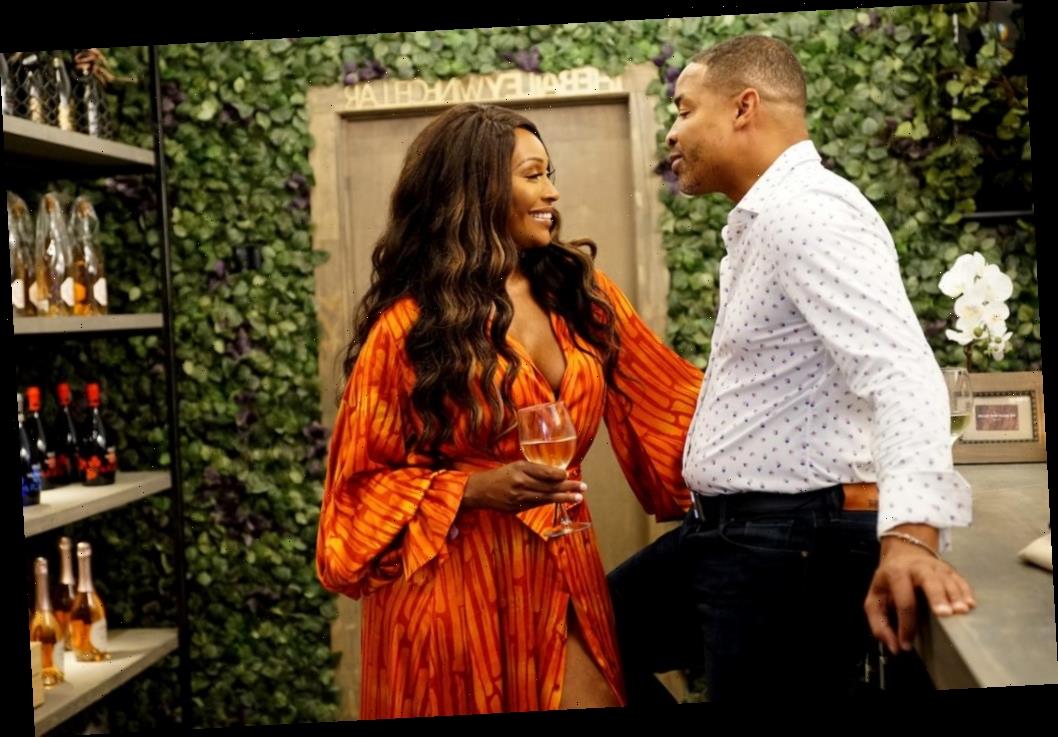 Cynthia Bailey and Mike Hill are finally husband and wife. The RHOA star and the sports broadcaster tied the knot amid coronavirus, not letting a global pandemic get in the way of them making their love official.

Despite jumping the broom, the two maintain separate homes in separate states. Bailey recently gave an update as to where she hopes she and Hill will live permanently now that their wedding is over.

Bailey and Hill met during a dating experiment on The Steve Harvey Show and have been head over heels in love since. After 14 months of dating, Hill proposed to Bailey during the opening of her wine cellar and event space in the summer of 2019. Prior to, Bailey was open about how much she’d love to marry Hill.

The couple married on Oct. 10 in a lavish Georgia ceremony in front of 250 guests. The wedding was not filmed for RHOA.

Despite their lengthy relationship and now being husband and wife, the couple have been living in separate states since the start of their romance. Bailey lives in Georgia, while Hill lives and works in LA. The two commute to see one another every two weeks at a minimum.

Bailey quarantined with Hill and their adult daughters from previous relationships during the coronavirus shutdown and joke that surviving COVID-19 quarantine is a testament to their love. Bailey’s daughter Noelle also lived with Hill while Bailey lived primarily in Georgia for almost a year before moving into her own place.

Bailey previously admitted that she had no issues moving to LA full-time when she and Hill married, especially because her daughter also lives on the west coast. She even said she’d be open to joining the cast of RHOBH if the opportunity arose.

“Beverly Hills, I’m not opposed to…the reality is, I live in Atlanta and I live in LA. As a reality star if we’re going to show my truth, then I’m friends with a lot of the ladies in Beverly Hills as well,” she said during an interview with Hip Hollywood. “I would be open to showing both parts of my life, my LA life, and my Atlanta life so we’ll see if Bravo and Truly Original can figure that out.”

Still, Bailey says being bi-costal is not an issue. Now that she and Hill are married, she’s changing her tune, telling The New York Daily News (per Bravo’s The Daily Dish podcast), “I’m really working hard on Mike,” she says. “I don’t think he’s going to want to go back to L.A. for too long without me.”

Hill has said that he’s open to moving to Georgia as much of his family lives near Bailey. He also has other work gigs in the Atlanta area.

Both Hill and Bailey say they’ll keep their respective homes and move into a shared space together.