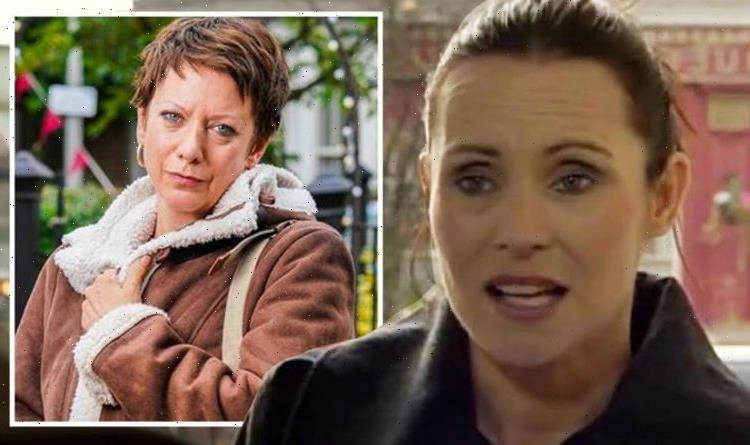 Sandy is the mother of EastEnders troublemaker Dotty Cotton (played by Millie Zero) and the former lover of her daughter’s father, Nick Cotton (John Altman). The character is now being played by Martha Cope but when she made her first appearance in the BBC soap, it was actress Caroline Pegg who landed the role. Almost 11 years since she was last seen on the show, the former soap star has featured in a whole array of other programmes. Since she didn’t get to reprise the role of Sandy, what is Caroline up to now?

Caroline was born and raised in the Northern county of Lancashire, where she developed her passion for acting.

When she was old enough, the aspiring actress completed a degree in Creative and Performing Arts in Newcastle.

During the early days of her career, she toured with various stage shows as a performer and she got to choreograph some work of her own.

This led her to become the founder of her dance company where she taught members of the public voice work and movement skills.

Setting up in London, the age range Caroline taught was from six all the way through to 60 and aside from her work on the stage and screen, she also wrote short stories.

What else has EastEnders’ Caroline Pegg starred in?

The same year she first appeared in EastEnders as Sandy, Caroline also scooped another role on Coronation Street.

In the ITV soap, she played Hilary Pugsley from 2010 to 2011 who was the social worker for the Windass family.

Hilary oversaw the Windasses adoption process and was instrumental in Faye Windass’ (Ellie Leach) introduction to the cobbles.

This was only a temporary role and Caroline hasn’t returned to the Weatherfield-based drama since April 2011.

However, she had featured in other programmes prior to her role on EastEnders including BBC drama The Cops.

The character was a co-worker of protagonist Vince Tyler (Craig Kelly), who was romantically interested in him despite him being gay.

Emmerdale, Holby City, The Bill and Hotel Babylon are just a few of the other shows Caroline featured in over the years.

Why did the original Sandy Gibson not return to EastEnders?

It has not been explained why Caroline did not return to EastEnders as her LinkedIn profile states she is still active with her acting career.

The show announced Martha would be taking over the role in August, with her first appearance featuring in Tuesday night’s episode.

Executive producer Jon Sen explained he was “excited” to see Martha taking over the role from Caroline but did not give a justification for not bringing the original actress back.

“Martha is a brilliant addition to our cast – we’re excited to welcome her to Walford. To say Sandy has a chequered past is an understatement and it’s no secret that Dotty’s upbringing was marred by her parents,” he said.

Newcomer Martha added: “I have watched EastEnders since it began and I’m beyond excited to join such an iconic show and having a great time playing Sandy.”

It appears Sandy’s time on the soap will be a little longer than when Caroline previously held the role 11 years ago.

Caroline’s private life has not been reported in the press at all, with the actress keeping herself away from social media.

Therefore, it is not known what the former soap star is up to now or what work she will be doing in the future.

EastEnders continues tonight at 7:30pm on BBC One.