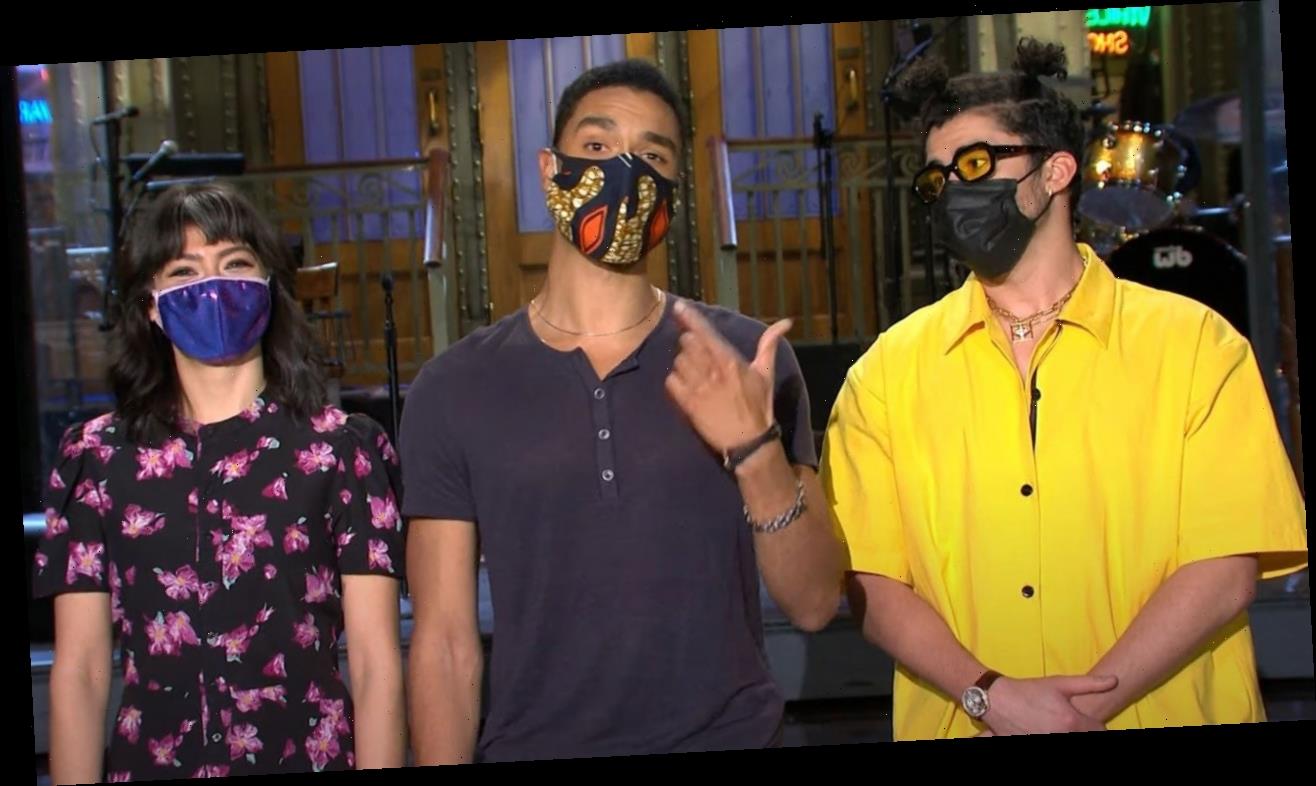 Bridgerton fans are gearing up for this weekend’s new Saturday Night Live. The handsome breakout star Regé-Jean Page is set to make his debut as guest host, and he teamed up with musical guest Bad Bunny for a funny new promo.

After Page introduces the music superstar, Villasenor jokes that his stage name has inspired her.

“Cool! I’m gonna go by Regé-Jean Bunny,” Page chimes in, before turning to Bad Bunny. “What about you?

“Bad Bunny is already cool, so, I’m just gonna keep it,” he says with a shrug.

“Yeah, that’s fair,” Page adds with a nod of appreciation. You can’t deny, the name has worked for him pretty well thus far.

Bad Bunny is currently nominated for two GRAMMYs. His latest album, El Ultimo Tour del Mundo, debuted at No. 1 on the Billboard 200.

Page, for his part, is currently nominated for an NAACP Image Award and two Screen Actors Guild Awards.