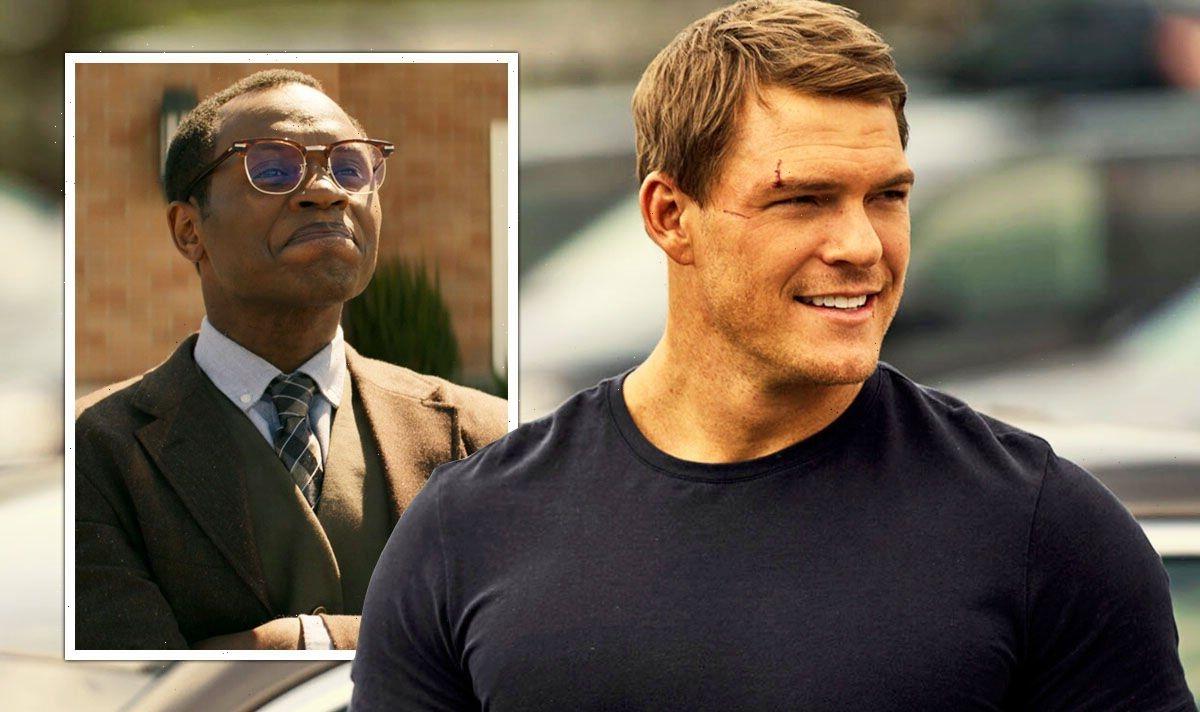 Lee Child’s first novel, Killing Floor, starts when his iconic vigilante Jack Reacher enters the town of Margrave, Georgia and is falsely arrested for murder by the local sheriff. Although the recent Amazon Prime Video adaptation, starring Alan Ritchson as Reacher, remains largely accurate to the source material, Lee and showrunner Nick Santora had to make some key changes to keep the series up to date.

The author revealed how certain parts of Reacher’s first season had to divert from his original story.

Bringing on Prison Break writer Nick Santora, the producers’ first job was to consider whether or not to keep Killing Floor’s ‘90s setting.

Lee revealed to the Express and other press there were conversations about setting the series in the past but, ultimately, they realised Reacher would be better served in the 21st Century.

“That was a very big decision, it was really the first decision we had to make,” Lee recalled.

“Did we do it as a period piece set in the 1990s? Or did we update it naturally, organically, into the modern day?”

Most of Reacher’s first case has remained intact, including his team-up with local cops Oscar Finley (played by Malcolm Goodwin) and Roscoe Conklin (Willa Fitzgerald).

However, there were a number of twists on the novel towards the end of the season, including Reacher being taunted by a live stream of a kidnapped Roscoe, which wouldn’t have been possible in the ‘90s.

Although Reacher’s timeline will be out of sync with the novels going forward, Lee didn’t feel anything major would be lost by setting the series in the present day.

He continued: “There was nothing really in the story that needed to be in the 1990s.

“So rather than make it a period piece, which would have been a bit strange for the modern generation, we thought, without making a big deal out of it, let’s just update it naturally.”

The author even admitted there were a number of benefits to bringing Reacher up to date, primarily the technological limitations of his earlier cases.

“In the old days, you would have done searches on paper and so on,” he explained. “And now, of course, you do social media and Google and all that kind of thing. None of which existed when I wrote the book.

“In fact, I remember, I mentioned in the book, 25 years ago, I mentioned an email as if it was something incredibly exciting and new. I didn’t really know what it was.”

Showrunner Nick also agreed it was the best decision for the Amazon series not to keep Reacher stuck in the past.

He told Express.co.uk: “The biggest thing we had to do with respect to adjusting for the fact that some of these books were written several decades ago was technology.

“I’ve said before, Lee Child is a brilliant writer, but he can’t predict the future. So when he’d write certain things that might be a problem for a hero in the 90s, today it’s not a problem at all.”

“Today you can whip that little computer out of your pocket that we all carry, and look things up.”

Nick assured fans everything was discussed with Lee in detail when it came to tweaking aspects of his novels.

Thankfully, the bestselling author was fully onboard with the direction of the new series, and the first season proved a huge hit for fans of the novels and the uninitiated alike.

Reacher season 1 is available to stream on Amazon Prime Video.