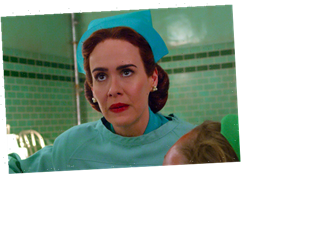 The nurse will see you soon.

Netflix has announced that Ratched — the Ryan Murphy/Ian Brennan-produced prequel series starring Murphy muse Sarah Paulson as the titular asylum nurse from hell — will premiere on Sept. 18. Season 1 will consist of eight episodes.

Inspired by the iconic One Flew Over the Cuckoo’s Nest character, Ratched — which is set in 1947, 15 years before the events of the film — tells the origin story of asylum nurse Mildred Ratched, chronicling her evolution from fledgling nurse to full-blown villain.

Netflix handed Ratched a two-season, straight-to-series order back in Sept. 2017.

“I identified very deeply with her loneliness,” Paulson told Vanity Fair of taking on the legendary character. “I think ultimately, at the end of the day, that is sort of what drives Mildred: a pursuit of survival and of finding some sense of home. Even though the methods that she chooses to achieve that internal security are somewhat questionable, I would argue that she’s doing them with a potentially selfish need, but a survival need nevertheless. Sort of an animal need that blinds her to the inappropriateness of some her actions.”