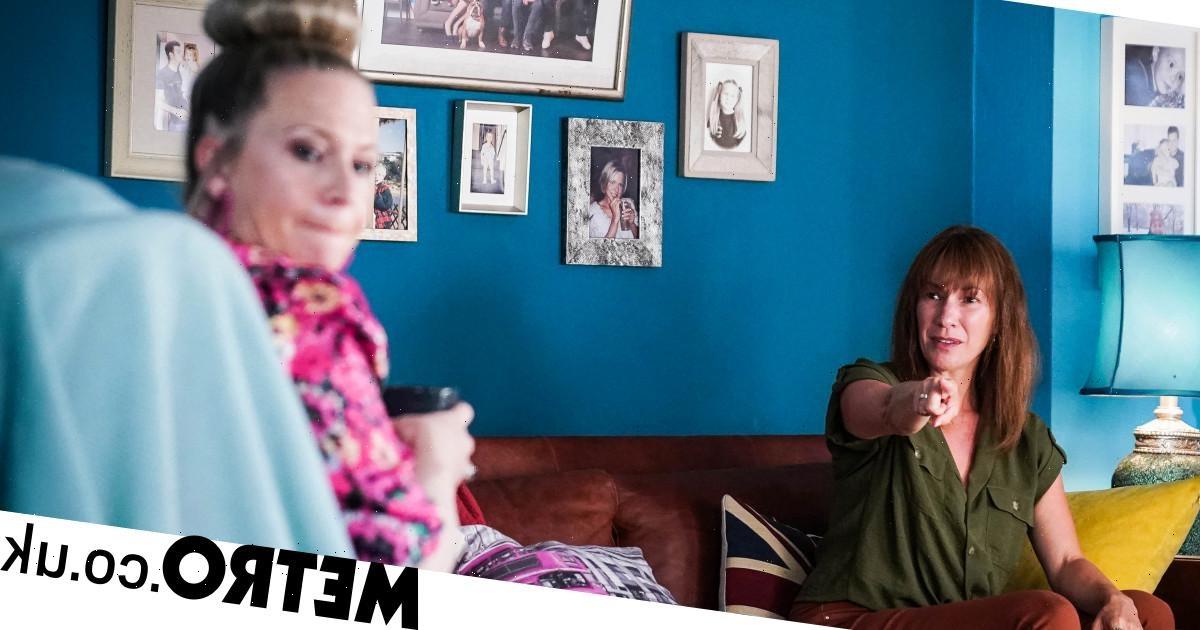 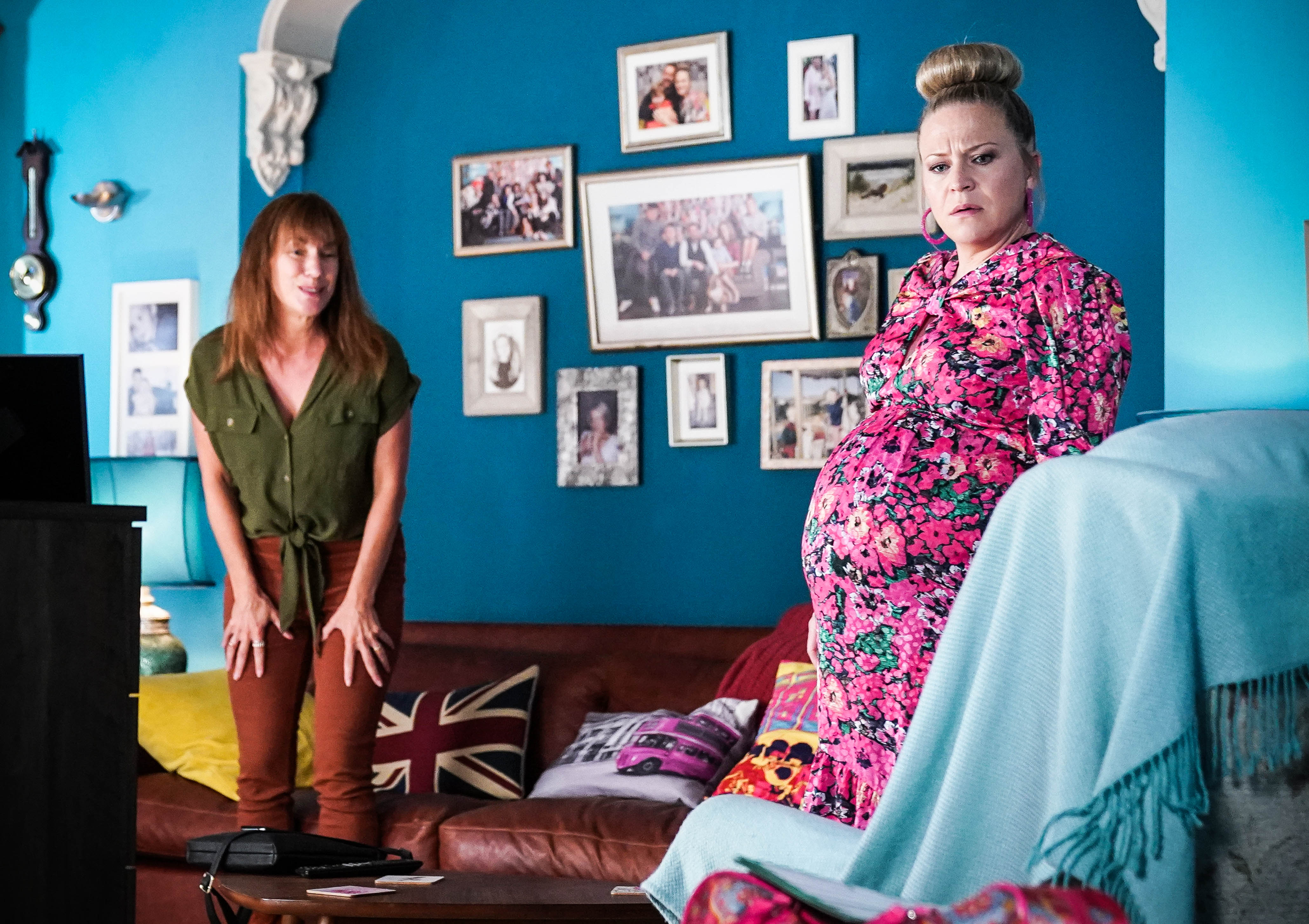 Linda Carter (Kellie Bright) will seemingly have some explaining to do in EastEnders, when Rainie Highway (Tanya Franks) start to piece together the truth about the paternity of her baby.

The Queen Vic landlady controversially cheated on her hubby Mick (Danny Dyer) last year with Max Branning (Jake Wood), and she subsequently discovered that she was pregnant with his child.

Mick being Mick, promised to stand by her and do whatever it takes to support her, and in the end, they agreed it would be for the best to keep shtum about Max being the child’s dad, after they discovered Max had kidnapped baby Abi.

Next week, however, Linda starts to feel guilty after encountering Rainie (Tanya Franks), who is missing Abi.

She attempts to make Rainie feel better, but soon starts to worry that she might work out the truth. Her fears are seemingly realised when Vi Highway (Gwen Taylor) comments how ‘big’ Linda is looking for how far along she is, which gets Rainie thinking.

Desperate to find out for sure, Raiine pops round to see Linda for a cuppa, but when she spots the landlady’s bag, she proceeds to hunt through it.

Will she find what she’s looking for?

That remains to be seen, but next Friday (September 10) as The Vic is all dressed for its Pride event, Linda texts Rainie to check in, revealing to Mick that she’s worried about her new pal asking more questions.

Mick tries to ease Linda’s worries, claiming that if Rainie was suspicious, they’d know by now.

But things take a shocking turn, as Jack (Scott Maslen) bursts into the pub, demanding the truth.

Is all set to be revealed?