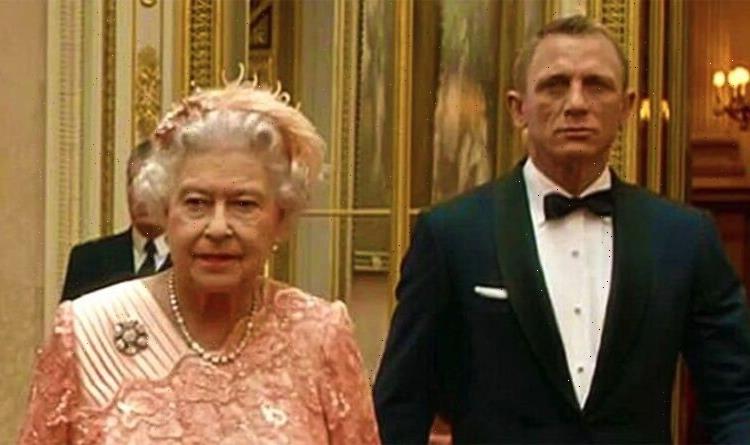 Royals: Meghan and Harry have been to see The Queen

It was a moment that stunned the nation – and the entire world. Daniel Craig, as 007, strolled into Buckingham Palace to escort Her Majesty to the 2012 Olympics. Everyone expected it to be an impersonator until the small figure turned to reveal it really was our queen, ready to join in the fun. A new report revealed the incredible secrecy around the sketch was partly stipulated by the monarch, herself.

Production stage manager Sam Hunter told Wark: “The Queen never told her family she was doing it. That was one of the stipulations when she agreed to be part of it. So if you actually see when she comes and she takes her seat, you can see her family go, ‘Ah, nice one.'”

It shows a playful side to Queen Elizabeth that she wanted to surprise her family. Less amusing, perhaps is the reason that certain members of the government also weren’t told.

Olympics opening ceremony boss Stephen Daldry (Danny Boyle directed) said: “What was hard was that you didn’t really want to say much to the cabinet because you didn’t know how secure they were.”

Craig previously spilled the beans on his extraordinary time at the palace, when he was promoting his final Bond outing in No Time To Die.

He told Zoe Ball on Radio One that when he was first told it was happening, his first response was: “‘You’re out of your mind!’

“Next thing you know, I’m literally on the way to Buckingham Palace in a tuxedo… Her Majesty’s there. Danny’s giving her notes, ‘Your Majesty, could you possibly…’, and she’s improvising a bit. She literally, kind of said ‘Would you like me to pretend to be writing?’, he’s like ‘Yes, yes that’s great.’ So she acted a bit. That was all her own stuff. It was amazing.”

“And there’s literally corgis tripping you up, there’s like five corgis. If you put it in The Crown, you’d think it was rubbish, they would be like ‘Nah, it’s not real.’

“Footmen with corgis, you know. I was rolling round on the floor with the corgis at one point in the Palace.”

Earlier this year, he also opened up about Her Majesty’s innate sense of humour and how she gently made fun of him.

Craig described some intimate moments of their meeting during an appearance on The Late Show back in February.

“I was rolling around on the floor with them most of the time. I mean, they’re just there. I think they have their own footmen. They’re very friendly.”