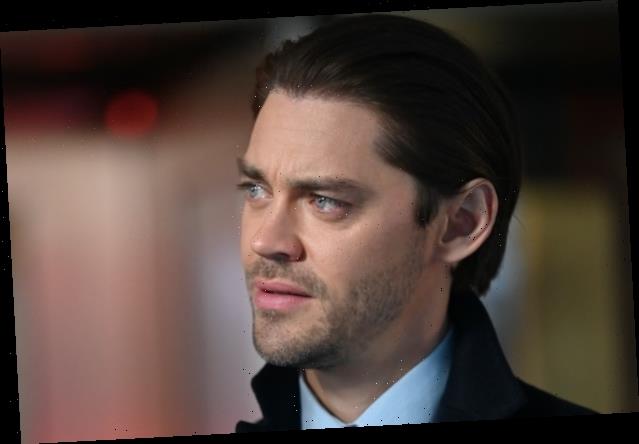 “This was a fun way to do it so that it has happened, but it hasn’t happened,” Fox star tells TheWrap 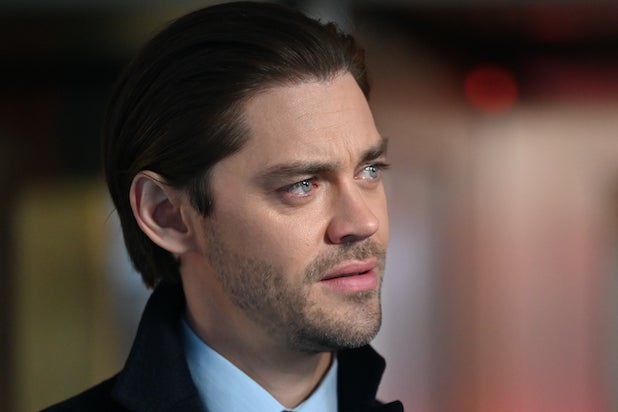 “Prodigal Son” gave Malcolm Bright (Tom Payne) everything he thought he wanted with this week’s episode, which saw him fall down an elevator shaft and into a concussion-induced dream world. That might sound bad, but for the better part of the episode, Malcolm’s alternate reality features his father, Martin (Michael Sheen), mother, Jessica (Bellamy Young) and little sister, Ainsley (Halston Sage) all happy and healthy, with nobody in prison for being a serial killer. On top of housing a family of perfect Whitlys, this world is also one in which Malcolm and Dani (Aurora Perrineau) are both working for the NYPD — and dating.

“For Malcolm, obviously it has to do with Dani, but I think it represents to him just wanting to have a partner in his life and wanting to have a relationship that’s functional, because everyone wants that,” Payne told TheWrap. “I think Malcolm would really benefit from having that in his life, but he’s just not quite ready for it and not quite there with it. I mean, that ended really tragically in the first season, when he got close to Eve (Molly Griggs). And I think that’s just what that represents, really — he would love to have someone close to him that he could go home to at night and talk to in the morning. And [with] Dani, they have a great relationship and it’s the kind of will-they-won’t-they thing.”

Payne admitted, with a laugh, that it’s “quite a lot of fan service that goes on in this episode” with the writers teasing the pairing of Dani and Malcolm, but that it’s not “unwarranted.”

“I was a bit fearful of us pulling the trigger on anything to do with them, because I worry that once you’ve done that, where do you go? But this was a fun way to do it so that it has happened, but it hasn’t happened,” the Fox star said. “And it’s nice to have that — like at the end of the episode, when he says goodbye to her and she leaves, it’s just that knowledge that he’s not quite ready to take that step with anyone, but he would like to. But he knows also, to protect other people, that it’s just not a very healthy thing to be getting involved with.”

When Malcolm isn’t spending time with Dani in his dream — and trying to solve a case, plus becoming increasingly (and correctly) suspicious that this is not his true reality and he might still be stuck at the bottom of that elevator shaft — he’s with his mother, father and sister, who are different, but not entirely. For instance, Ainsley, while now a doctor and not a journalist, is proclaimed to be “following” in her father’s footsteps, which viewers will pick up on as a winking reference to her dabbling in murder.

Ultimately, Malcolm solves the real-world case the team was dealing with inside his dream, but that’s not what breaks him out of his unconscious state. It’s only when he confronts his father, realizing that this world isn’t perfect and that it’s a lie, and when he gives up on the dream of Dani that he can truly escape.

“What he says at the end is that he thought that this was a world in which his father wasn’t a serial killer, but it’s not — it’s a world in which he still is a serial killer, Malcolm just never found out about it,” Payne said. “Which is even more scary and it poses the question for Malcolm — because it’s always about family and how he wants to have a normal family, but he can’t — so in the context of this dream, it’s like, you could have had a regular family, or seemingly, if you had never turned your father in. That everything could be as you might want it to be, but it’s not because of something you did in the past. It’s a moral quandary, and I’m sure he would always choose to turn his father in, but it’s a question of whether he would choose to know about his father’s deeds or not. While he is in the dream, he is still, at the back of his mind, conscious that it’s not quite right. I think that’s a guilt for him coming through of, what happiness is chosen? Is it his own personal happiness or not? What’s more important to the world, if he’s happy or if his father is brought to justice? And then he ends up bringing other people to justice.”

At the end of the episode, once Malcolm has been freed of the elevator shaft and his almost-perfect alternate reality, he goes to meet his sister back at his apartment. He’s finally decided to listen to his parents and tell Ainsley that it was her, not him, who killed Nicholas Endicott (Dermot Mulroney) and blacked out. Unfortunately for him, he finds her covered in blood, having blacked out yet again and unsure of who she might have killed this time.

“That just piles on even more stress and guilt for Malcolm, and that will carry on, obviously, through the next episode and as long as it takes for him to figure out what happened in that instance,” Payne said. “He’s always tried to do the best thing and what he thinks is best for everyone else. And in this sense, it maybe wasn’t the best, and they should have just been honest with Ainsley and talked it out and said that we’ll help you through it. Which is what his parents wanted to do, but he took it on his own to say, I don’t think we should tell her and I can help cover it up and then we can figure out how we’re going to fix it. And then of course, this horrible nightmare ends up in his apartment again. Which is a huge shock. In that moment, he’s decided to tell her, but seemingly it’s too late.”