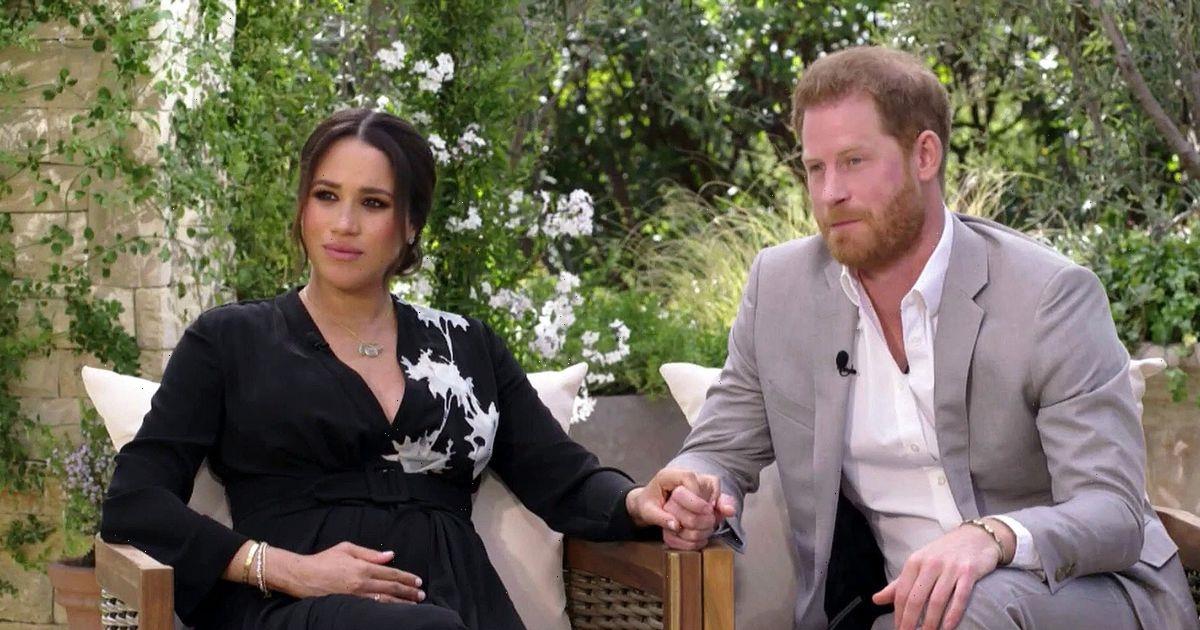 Prince Harry and Meghan Markle's interview with Oprah Winfrey has been hit by a fresh wave of Ofcom complaints, the watchdog has confirmed.

Ofcom recorded 246 complaints from viewers between April 20 and April 26, bringing the total to 6,449.

The Duke and Duchess of Sussex's groundbreaking interview with the talk show host aired in the UK on March 8, but has continued to attract complaints from viewers in the weeks that followed.

In the interview, which originally aired on CBS in the US on March 7, the couple made a number of shocking revelations, addressing concerns of racism in the monarchy and sharing Meghan's devastating battle with mental health.

By the end of March, the number of Ofcom complaints recorded hit 5,380, with more unhappy viewers contacting the watchdog over the course of April.

The interview saw Meghan reveal she had previously contemplated suicide, saying she had been denied help from the Royal family in the midst of her mental health struggle.

She said: "Look, I was really ashamed to say it at the time and ashamed to have to admit it to Harry especially, because I know how much loss he has suffered, but I knew that if I didn't say it, then I would do it.

"I just didn't want to be alive anymore."

Meghan and Harry also revealed a member of the Royal family had raised concerns about the colour of their son Archie's skin, though they decided against naming the person.

"In those months when I was pregnant, all around this same time, we have in tandem the conversation of he won't be given security, he's not going to be given a title, and also concerns and conversations about how dark his skin might be when he's born," Meghan said.

"That conversation I'm never going to share," Harry said, later in the interview. "At the time, it was awkward. I was a bit shocked."

Elsewhere in the interview, Harry claimed his father and brother were "trapped" in the institution of the monarchy, and admitted he loved William "to bits" but they were on "different paths".

Further addressing his family dynamic, he also revealed there was a "lot of hurt" between himself and his dad, Prince Charles.