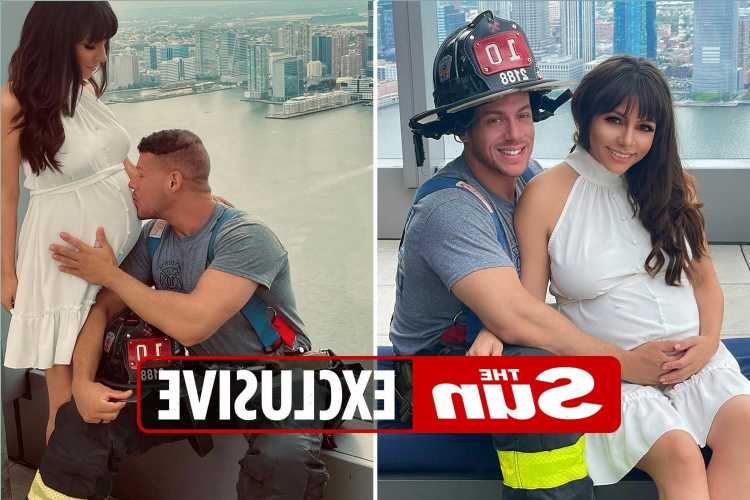 PREGNANT Roxanne Pallett and her husband Jason Carrion have revealed the unusual name for their baby son.

The couple told friends and family their name choice as they hosted a rooftop celebration in New York City ahead of the birth of their first child. 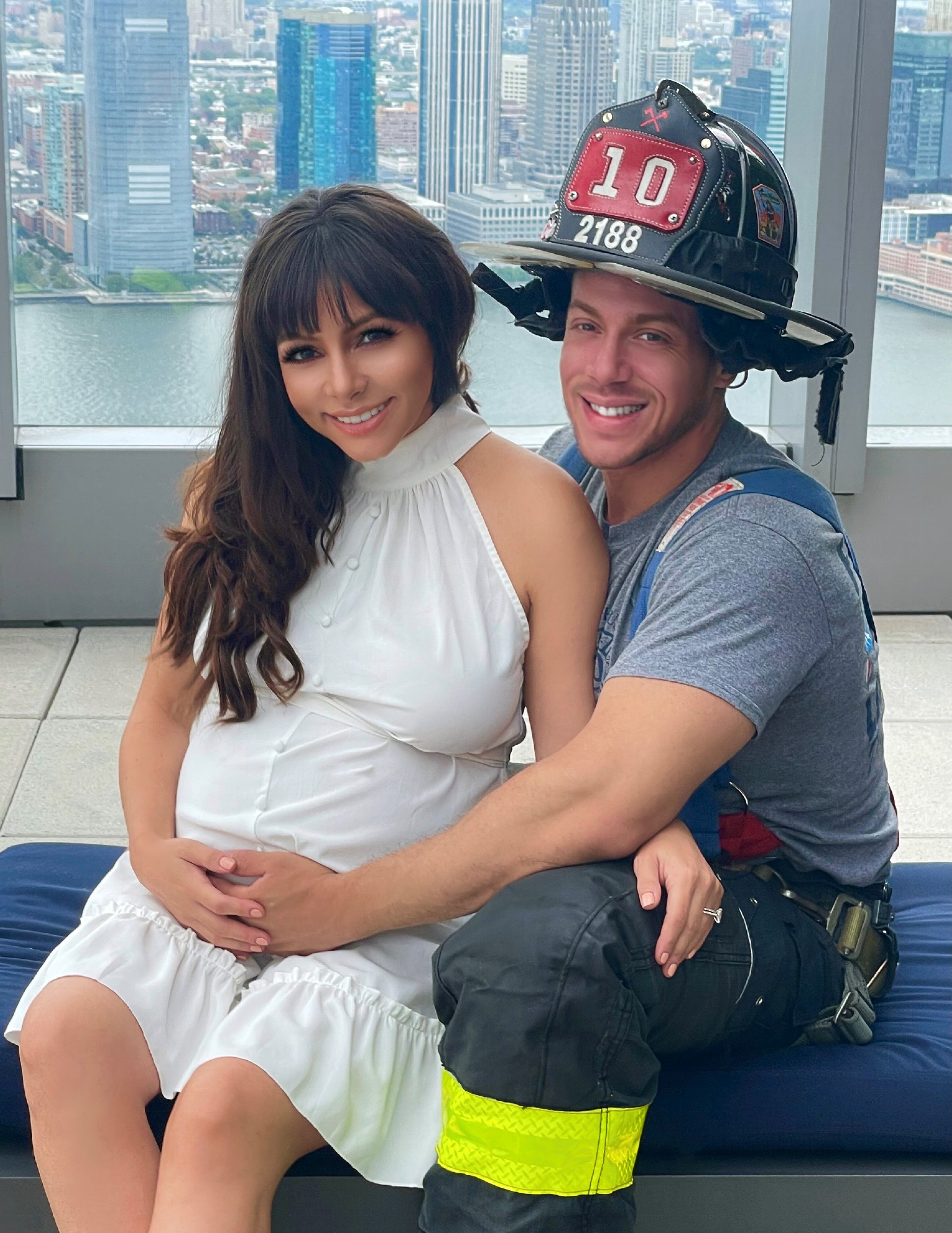 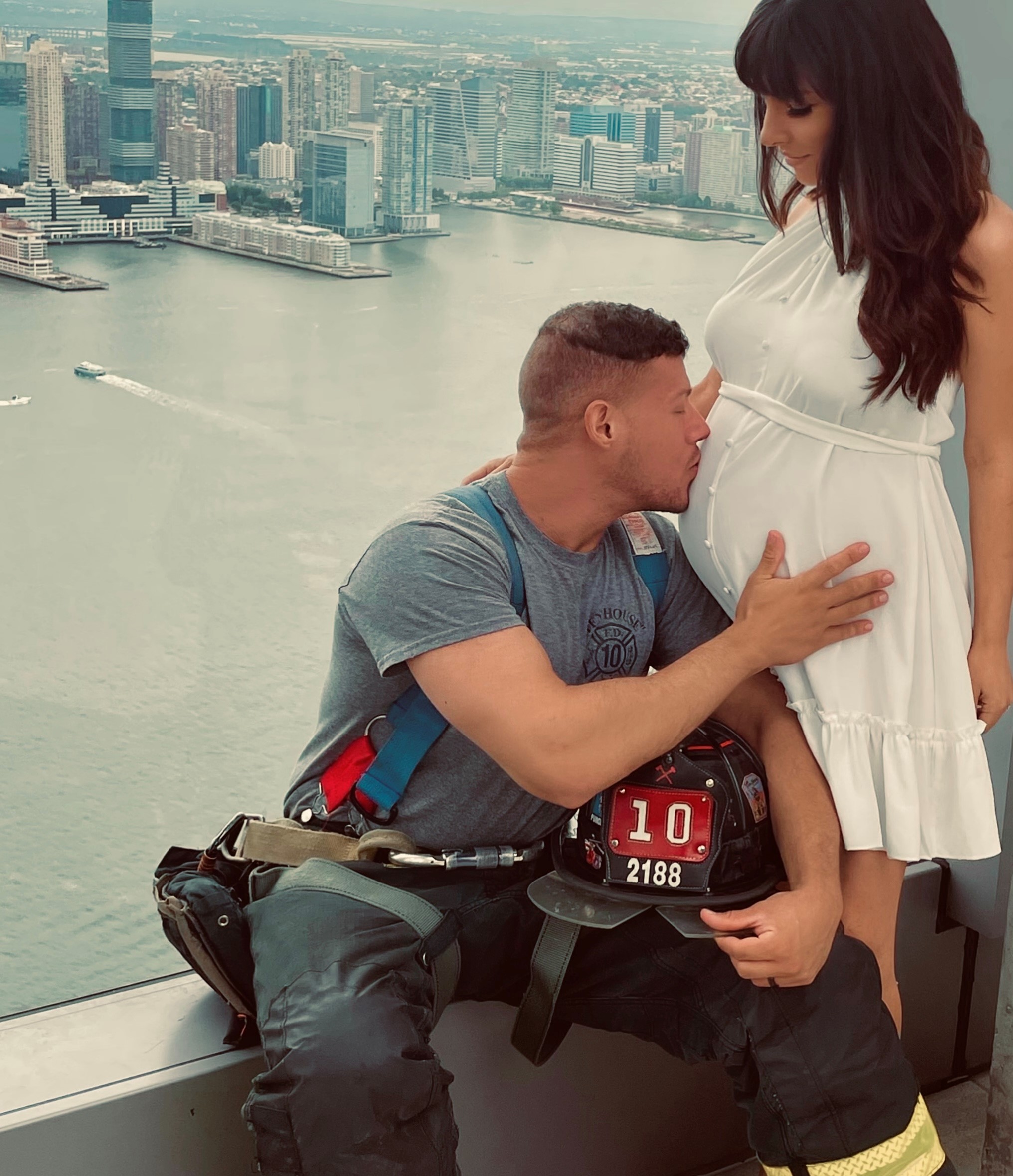 Roxanne, 38, and her American firefighter husband, have decided to name their baby boy Maverick, The Sun can exclusively reveal.

Jason told party guests of the name as he made an emotional speech about their little boy, who is due to be welcomed into the world any day now.

He said: "Rox has loved the name Maverick for years. When she shared it with me, I instantly knew it was totally perfect for our son.”

Roxanne, who rose to fame as Jo Stiles in ITV soap Emmerdale, added that she just "knew" it was the name she would give to her first baby.

"He’s kicking away like crazy so I think he likes it! It’s a strong, independent name," the actress told guests at the lavish party.

"We absolutely can’t wait to meet him and spend our first Christmas together as a family. I’ve bought him so many things – I think I’m in that nesting stage!”

Jason, who married Roxanne in New York last January, gushed praise on his pregnant wife as he credited her with saving his life.

"When I’m on duty out there and things get tough, I think of Rox and the baby and I push through," he emotionally told family and friends.

"Rox is always on my mind, she motivates me. And now I have Maverick on the way – I feel blessed.”

Roxanne is said to have returned the praise by calling Jason a "superhero" both at home and when he is out fighting fires.

"By my side through it all, taking notes at every single doctors appointment, peeling oranges at 3am when I had citrus cravings through the night, making me feel beautiful when I felt like a mess, even lacing up my shoes as I now can’t reach my feet," she began to list of her husband.

"Watching him build our baby’s crib and create the nursery was a real moment. I know not every woman has that level of love and support when pregnant, so I’m beyond blessed."

Roxanne and Jason's fairytale romance began when they dating in early 2019 and continued when they were engaged in the same year.

The happy couple got married in New York in January 2020, and announced they were expecting their first child – a boy – in June 2021.

Jason said of their past year together: "We have become closer than ever, spending last years lockdown renovating a house we bought.

"Rox taught me to play the guitar and I taught her how to play chess. We loved being in our own little world.

"Now to add little Maverick to our mix is the best thing ever. We literally can’t wait for Christmas as a family.”

Last year, the actress and firefighter fled to a romantic venue in New York to say I do, in front of just 10 close family and friends.

While their nuptials may have been low key, the reception was held in the grand surroundings of Sylvester Stallone's Adrian's restaurant, seen in the movie Rocky, in Philadelphia.

Their first moments as bride and groom were spent surrounded in the American sunset sipping glasses of Dom Perignon. 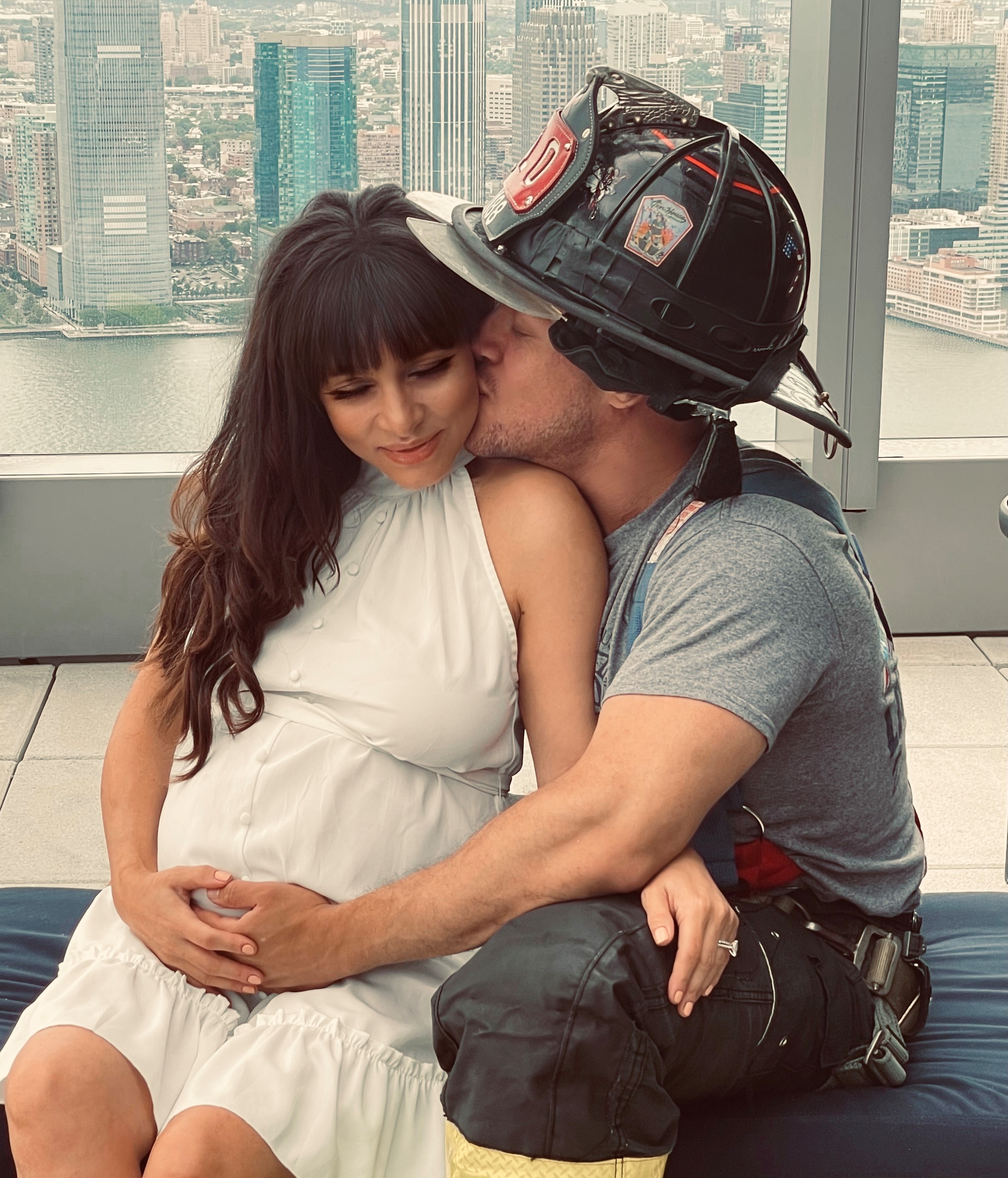 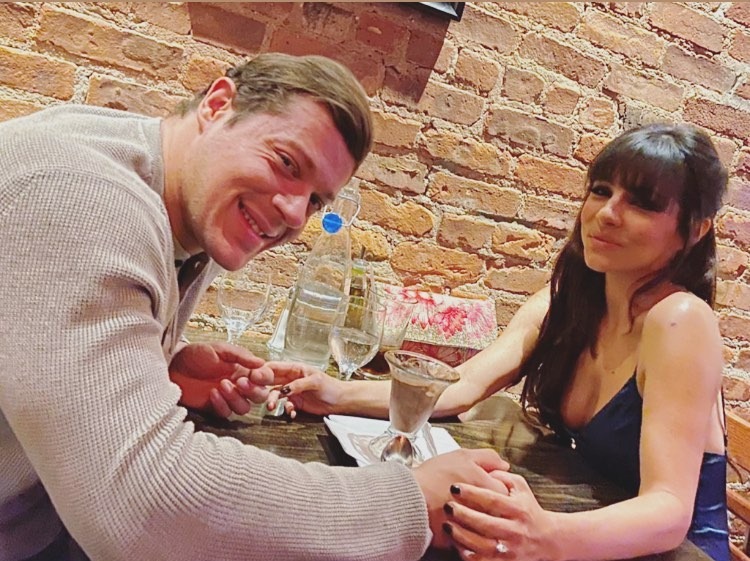