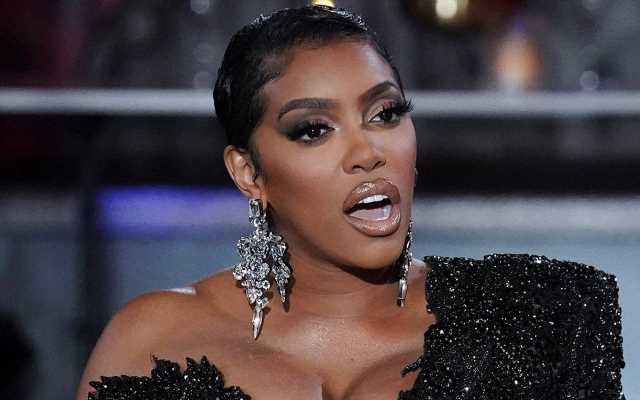 The 40-year-old reality TV star, who has been on the Bravo TV show for 9 seasons, is said to be having no regret letting go her peach earlier this year.

AceShowbiz –Porsha Williams seemingly believes that departing from “The Real Housewives of Atlanta” is one of her best life decisions. The 40-year-old reality TV star, who has been on the TV show for 9 seasons, is said to be having no regret letting go her peach.

“She has not one regret about leaving Housewives,” a source reveals to HollywoodLife.com. While the insider claims that Porsha will remain supportive for the show and her former co-stars, she might not be able to “watch every single night” because “she’s so busy.”

Of the mom of one, the source shares that she’s been busy by “traveling and living a beautiful life.” The informant further adds, “She’s been a full-time mother to her daughter [Pilar] and writing a scripted show. She really wants to get into acting and she wants to produce from behind the scenes.”

“She has a love of taking what she’s learned from being on set the whole time and turning it into from behind the scenes. She’s just catching up on life,” the source continues speaking of the Georgia native, who got engaged to Simon Guobadia earlier this year. Additionally, she will be releasing her new memoir “The Pursuit of Porsha: How I Grew Into My Power and Purpose” which is set to hit the shelves on November 30.

Porsha decided to quit “RHOA” ahead of season 14. Another source previously shared that things were becoming worse between Porsha and Kenya Moore, with whom she has been feuding on the show. “It got really toxic with Kenya and Kandi [Burruss] is her only true friend still left on the cast. She’s worked hard for so long and deserves to put her energy and focus into wherever she pleases because plain and simple, she’s earned it,” said the source.

Porsha announced her exit on September 30. “After ten life-changing, gratifying, incredible years, it is finally time to begin my next chapter,” Porsha began her statement that she shared on Instagram. “Next season, I will not be returning to the Real Housewives of Atlanta franchise. This was a difficult decision to not only make, but also come to terms with. It’s one I have put a lot of thought into and because of that, I know it’s the right one.”