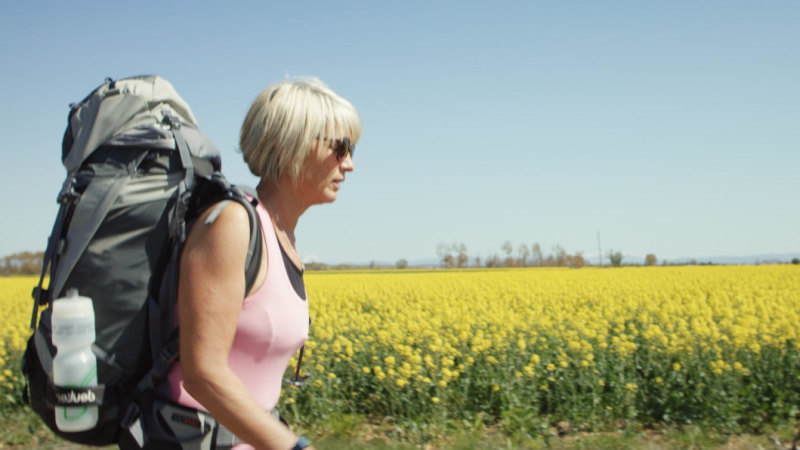 Literally and otherwise, the new documentary Camino Skies moves down a well-trodden path. Specifically, this path is the Camino de Santiago, a traditional Catholic pilgrimage route that has been in use on and off for more than 1000 years. 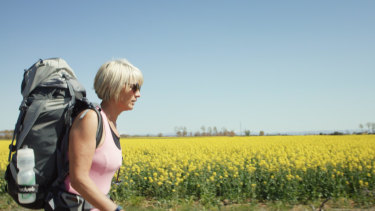 Packed with pretty cinematography, Camino Skies is pleasing for the eyes but doesn’t provide much that’s new.

Every year, hundreds of thousands of visitors embark on the long journey through the hills of Spain and Portugal to the Cathedral of Santiago de Compostela in Galicia – some spurred by faith, others by the yen for a physical challenge.

Recent interest in the Camino has been boosted by the various movies on the subject, both documentary and fiction. Notable in the latter category is Emilio Estevez's eccentric but earnest 2010 drama The Way – not to be confused with Luis Bunuel's 1969 surrealist satire The Milky Way, which treats the Camino as the pretext for mockery of some arcane points of Catholic dogma.

Camino Skies is more mundane than either. Directed by Fergus Grady and Noel Smyth, the film follows half a dozen pilgrims – Aussies and Kiwis, four women and two men – as they face the challenges of the long, long trail.

None are spring chickens, and some are well into their senior years. From a filmmaking perspective this is a plus, since they're less self-conscious on camera than younger subjects might be, and more willing to talk frankly about their suffering, whether from physical ailments or grief. 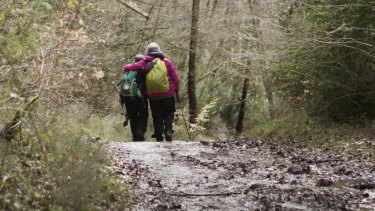 The Catholic pilgrimage route has been in use on and off for more than 1000 years.

Most compelling is Sue Morris of Perth, who suffers from degenerative arthritis and other conditions, to the point where she struggles to walk at all but is determined to finish the journey on foot, even if she sometimes has to take the bus along the way.

Technically, the film is a slick package, to a degree that can be disconcerting when the goal is to put raw emotion on show. It would be going too far to say the participants are being exploited: they may well have found the filmmaking process rewarding and even therapeutic.

Still, despite the pretty cinematography and "inspirational" tone, the approach has a lot in common with the voyeuristic formula of reality TV: following vulnerable people through demanding situations and waiting for them to crack.

Strikingly, none of these particular pilgrims seem to be religious in any overt sense, or at least the film doesn't dwell on that side of their motivation. One admits to keeping up her spirits on the journey by listening to Black Sabbath, but it's not clear if she entirely sees the irony.

Another such irony seems to be lost on the film itself. We're told that the pilgrimage is all about "walking in nature, listening to the sound of the birds". And yet this very statement is accompanied by an obtrusive, upbeat score.