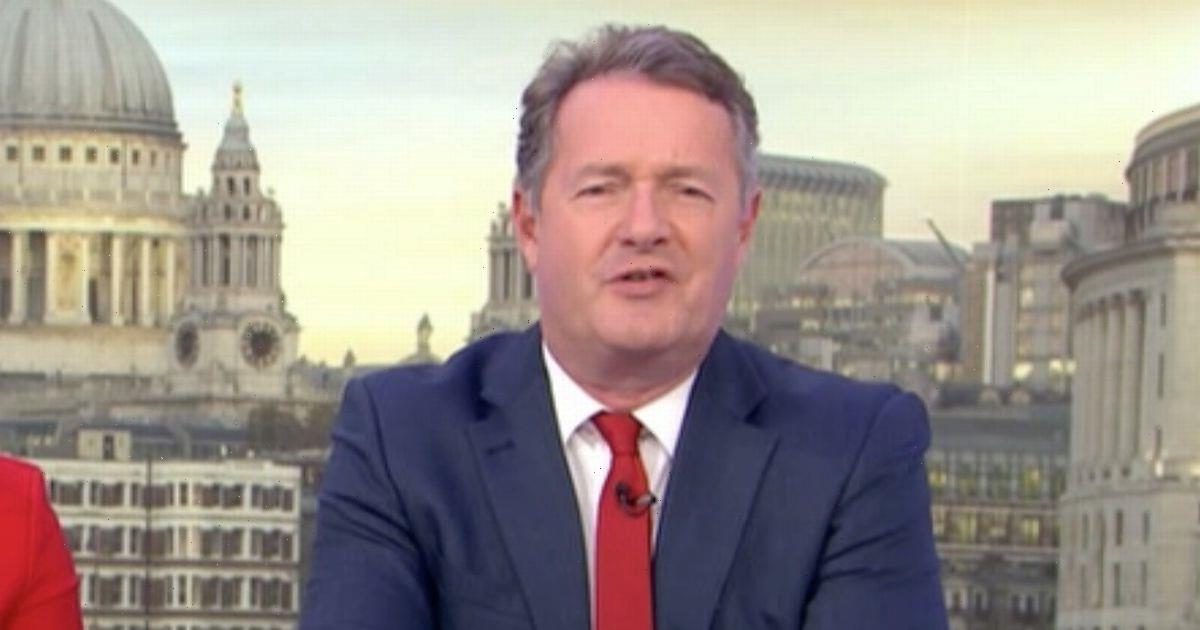 Piers Morgan will not get his Good Morning Britain presenting gig back despite winning his Ofcom battle against Meghan Markle, TV experts have warned.

Sources have confirmed that Piers will not bag his job back, despite a recent Ofcom ruling that no rules were broken by the controversial broadcaster admitting he doesn't believe the Duchess of Sussex's claims about her mental health battle.

Speaking to the Mirror, a television insider has confirmed there are currently no plans to offer Piers his job back after he famously stormed off set and quit the show back in March this year.

Piers rowed with weather presenter Alex Beresford live on-air while discussing Meghan and Prince Harry's explosive interview with Oprah Winfrey, in which Meghan claimed that she had been experienced suicidal thoughts. Meghan further claimed that there had been questions over her son Archie's skin colour, as it was decreed he would not receive a Royal title.

Piers expressed doubt – and has continued to do so – over her assertions during the interview, which led to Meghan filing an official Ofcom complaint against him.

However, the ruling went in Piers' favour, as it was announced the rest of the show provided enough balance to the controversial presenter's comments.

The watchdog released a statement which read: "The interview between the Duke and Duchess of Sussex and Oprah Winfrey contained serious allegations and it was legitimate for this programme to discuss and scrutinise those claims including their veracity."

It continued: "The code allows for individuals to express strongly held and robustly argued views, including those that are potentially harmful or highly offensive, and for broadcasters to include these in their programming.

"The restriction of such views would, in our view, be an unwarranted and chilling restriction on freedom of expression both of the broadcaster and the audience." Following the news of the latest Ofcom ruling, ITV released a statement which stated: "We welcome the Ofcom ruling that Good Morning Britain did not breach the broadcast standards relating to harm and offence.

"The ruling sets out clearly that it was the balance and context the programme makers provided which was key in mitigating against the potential for harm and offence which could have been caused by Piers Morgan's comments.

"It is because of the programme's editorial decisions and the opposing views which were forcefully expressed by other presenters and guests, that the programme did not breach Ofcom's rules."

Meanwhile, Piers himself has been celebrating his victory, tweeting: "I’m delighted OFCOM has endorsed my right to disbelieve the Duke & Duchess of Sussex’s incendiary claims to Oprah Winfrey, many of which have proven to be untrue.

He cheekily added: "Do I get my job back?"

Sadly, it looks like the answer to that pressing questions seems to be 'no'.

Upon initially hearing the news, Piers shared a snap of the official conclusion to the ruling, adding: "BREAKING: ⁦@Ofcom rejects all complaints against me over Meghan Markle furore that led to my exit from ⁦@GMB.

"Verdict says I was entitled to disbelieve her & Prince Harry & to restrict my right to do so would be a ‘chilling restriction on freedom of expression.'"