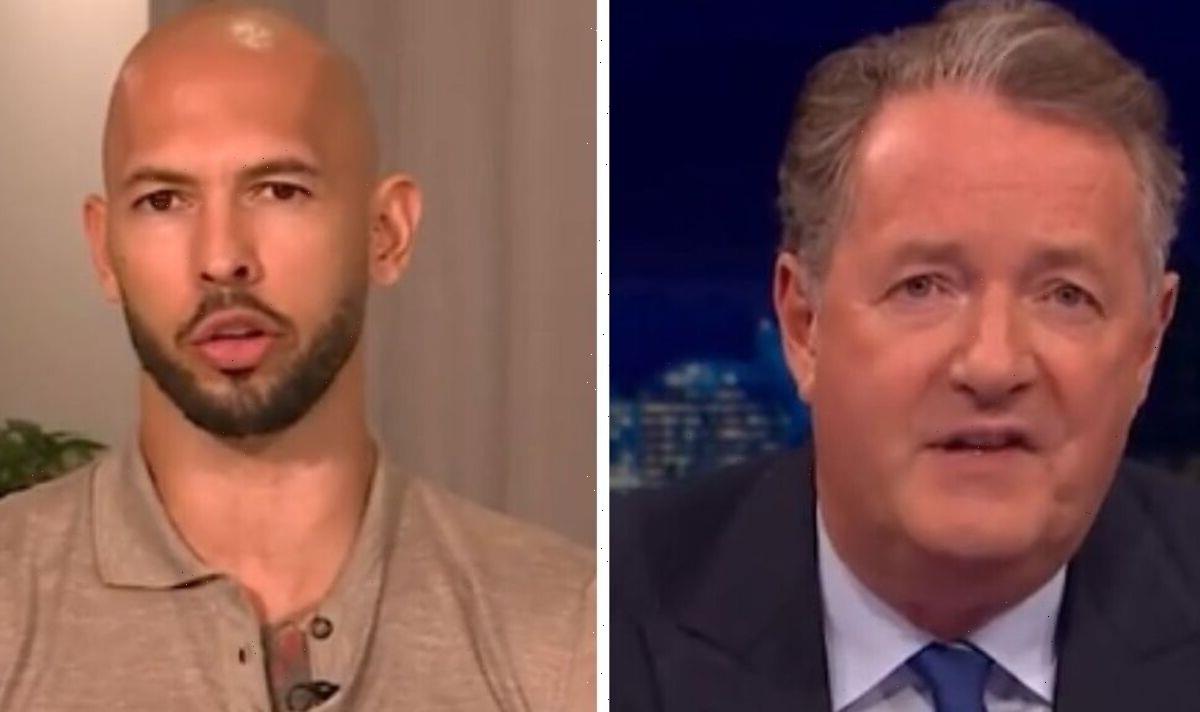 Piers Morgan was back on Tuesday with his TalkTV show Uncensored. The former Good Morning Britain host welcomed a number of guests onto the programme including The Chase’s Mark Labbett and Christine Hamilton. However, the presenter came under fire when he spoke with the controversial TV personality Andrew Tate.

Piers spoke with Andrew about Elon Musk and the changes he is making to Twitter.

Andrew, who has been banned from social media, defended Elon’s decision to fire his staff.

Piers began: “Elon Musk, this idea of charging $8 or whatever it is to access the blue tick premium Twitter account, would you do that? Would you pay the extra?”

Andrew replied: “I think that social media companies for a very long time lived in an absolute fantasy where they printed money from thin air by charging people for pixels.

“And they grew into these large conglomerates, with too many staff sitting around doing nothing having coffee breaks.

“And Elon Musk is a businessman. He’s walked into the office, and he’s firing a bunch of people who are messing around doing nothing, and he wants his business to make money as it absolutely should.

“And how he decides that happens is his prerogative.

“I don’t see why he should sit and accept that the website is 200,000 people sitting around discussing in long meetings about the policy of human rights or some garbage.”

“When he’s come along and said ‘No we’re going to charge for our service, we’re going to reduce the number of staff in order to be a functional coherent company’

“As they should be. I think he can do whatever he wants.”

However, fans were left unhappy with the fact Piers was giving Andrew “air time”, and many took to social media to share their thoughts.

Sarah McDonald fumed: “Why on earth would you have this man on your show?

“I have 3 teenage daughters who informed me about him. I couldn’t quite believe it until I read it for myself. Why are you giving this individual airtime?” (sic)

Bondy tweeted: “Why are you giving this dangerous person a platform? Take some responsibility, Piers.”

While Paul went on to say: “wonder how much he had to pay him to come on and try to save his show? Pathetic.”

David tweeted: “Why not call out true Geordie for his views instead of clinging on to Andrew Tates’ clout you won’t let him get a word in anyhow.”

“Why are you giving this irrelevant idiot a platform? Why do we care what he thinks?” Dean commented.

However, some fans defended Andrew following his previous clash with the TalkTV host during his last appearance.

User @IAMLADILADI said: “Piers you have a chance to redeem yourself here. You were abysmal in the first interview with Andrew Tate. Ask the question and let him speak. Fingers crossed.”

Piers Morgan: Uncensored airs between Monday and Thursday at 8pm on TalkTV.