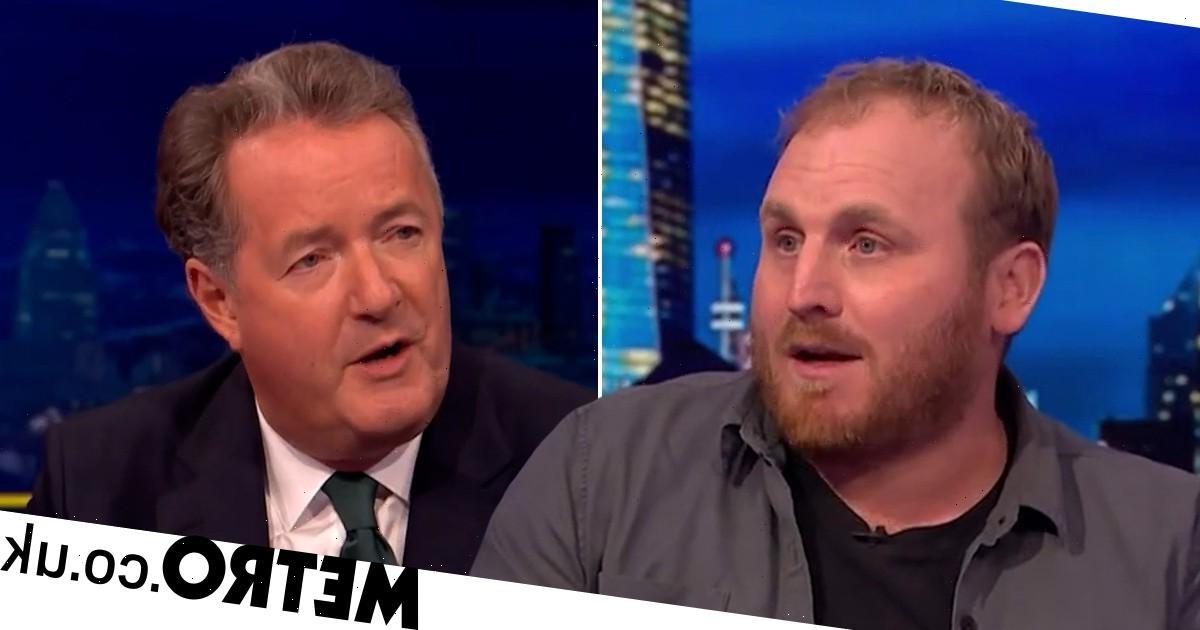 Piers Morgan did his best to sympathise with an environmental activist who walked off the Good Morning Britain set after a fierce debate.

Something the 57-year-old broadcaster could relate to.

In Monday’s instalment of his TalkTV show Piers Morgan Uncensored, the host and Insulate Britain spokesperson Liam Norton locked horns while discussing the extreme tactics used by protestors to get their message across.

During his segment, Piers talked about a mother who was banned from driving after she nudged members of the group with her car, but Liam stressed that ‘public disruption is necessary when we look at the collapse of civilisation.’

Addressing the moment Liam stormed off GMB after clashing with presenters Susanna Reid and Richard Madeley over activists blocking the M25, Piers quipped: ‘You famously walked off Good Morning Britain.

‘You’re in good company all the best people do.’

The TV personality referenced the moment he famously made headlines after leaving Good Morning Britain following an on-air clash with weather presenter Alex Beresford over the Duke and Duchess of Sussex’s interview with Oprah Winfrey.

The former tabloid editor said he did not believe Meghan’s claims in the headline-making interview, with his comments sparking more than 50,000 complaints, the most in Ofcom’s history.

After his departure from the morning programme, Piers finally made his long-awaited comeback to the small screen last month with his brand-new talk show.

Piers had a fairly strong start during his debut, (Monday April 25) with a peak of nearly 400,000 viewers, but the following day that number almost halved.

However, despite his fall in viewership, he’s reminded social media followers he’s been beating Sky and BBC News at the same time slots.

Responding to an article, he tweeted: ‘*Piers Morgan’s new show beat BBC News, Sky News & GB News in UK ratings last night – with more viewers than the Guardian has sales.’ Fixed it for you!’