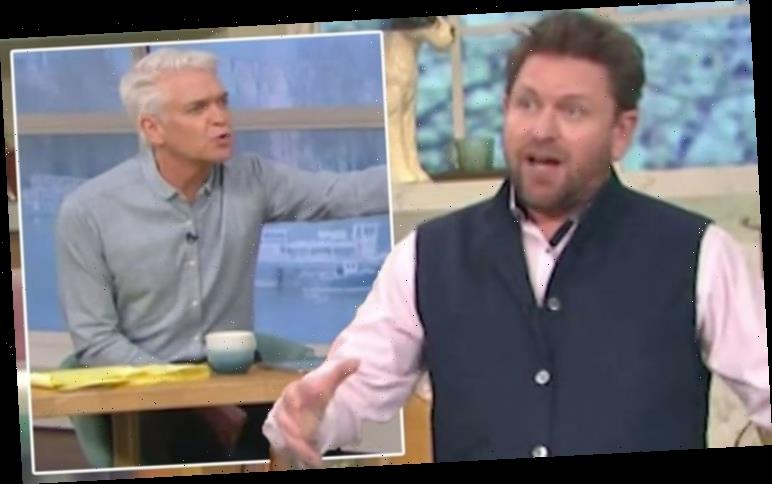 James Martin says he films Saturday Kitchen in his ‘garage’

This Morning hosts Holly Willoughby and Phillip Schofield were back from their week-long break on Monday to bring viewers the latest interviews and lifestyle features dominating headlines. The two were joined by Saturday Morning chef and presenter James Martin in the studio kitchen as he prepared to rustle up some delicious-looking sweet treats and guide viewers through at home. However, just a few moments into his introduction, James was left flustered when Phillip brought up a detail he’d told him off-air.

James has become a regular fixture on Saturday morning television over the past decade or so, starring in BBC’s Saturday Kitchen and his own self-titled ITV programme.

But it’s not just at the weekend he sets foot in the kitchen, as he’s also become a regular fixture alongside Holly and Phillip on This Morning.

While things tend to run smoothly during his stints on the daytime show, Monday was a little different when Phillip threw a curveball his way.

As James showcased the delicious bakery dishes he had already prepped for the show, Phillip teased: “Is there a bit of oil on there?” 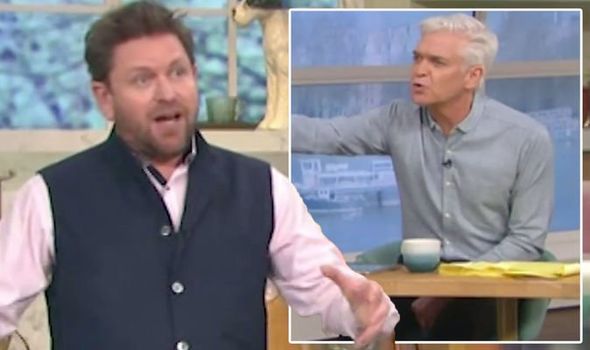 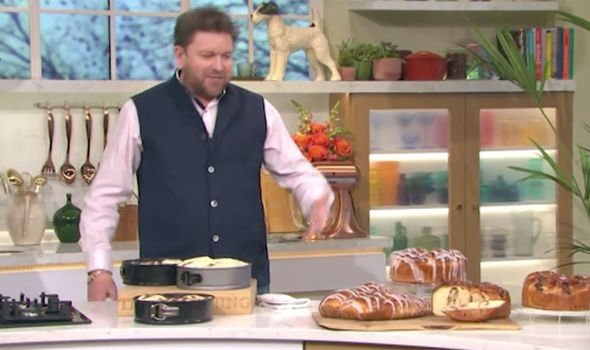 “It’s not oil, it’s sugar, butter and, and -“ James replied before Phillip interjected as to why he’d asked the slightly odd question.

“It’s only because you said that while you were making those, you were changing an exhaust,” the This Morning host added.

As laughter erupted from the crew in the studio who were in on the joke, James became rather embarrassed as he explained why Phillip was teasing him. 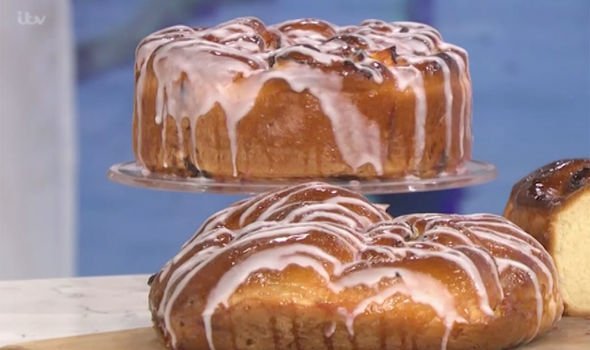 As James struggled to get his words out after being caught off-guard, he eventually came clean.

“Yes, well now you’ve said that, yes, I made this yesterday,

“A lot of people don’t know, where I film my cookery show, it is actually my garage.

“So there is a car in the garage studio with the kitchen I was making this (and) and I was changing an exhaust at the same time.”

As Holly and Phillip smirked after making James come clean, the ITV chef did make clear: “I did wash my hands.”

Keen to keep the joke going, however, Phillip turned to a member of the crew off-screen

“Can you do me a favour?” he asked. “Can you get me Health and Safety on the phone, please?”

James and Holly shared a laugh at Phillip’s quips before moving on with the rest of the day’s show.