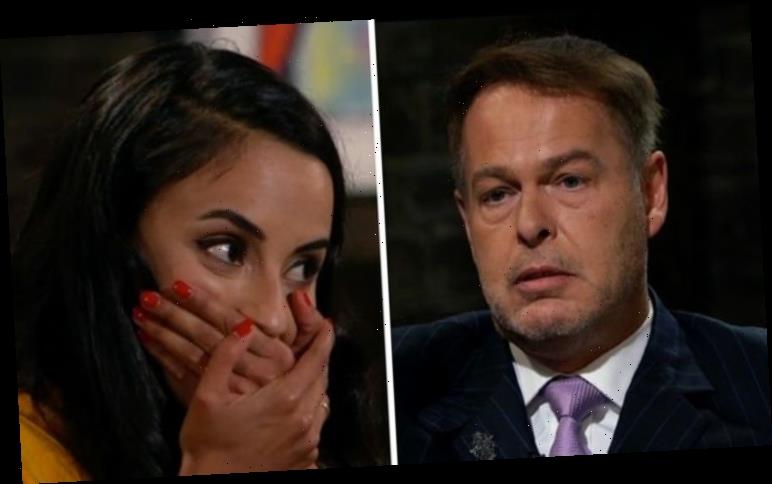 As the new series of Dragons’ Den picked up on Thursday, Peter Jones was ready to do what it took to protect his investments and scrutinise every pitch. Zena El Farra faced the Dragons with an offer to invest in her start-up MasterPeace, a “mindful painting experience”, asking for £50,000 for a 15 percent share in the company. Her pitch was brilliant and her credentials seemed exceptional, and she even charmed the judges inviting Deborah Meaden to paint a portrait of Peter.

But as Peter asked her for her numbers, her answers quickly got muddled as she didn’t have the figures ready and had to do the math in her head.

“You might be nervous, Zena, but this is really important,” said Peter. “It’s coming across really wholly.”

Gutted by the comment, the tense interaction between the two continued till a frustrated Peter got to the bottom of it and found that the business was actually losing money.

As the show moved on to Deborah, she seemed impressed by the young woman’s mastery of her figures: “I know Peter was getting frustrated. I thought you demonstrated a really good understanding of your numbers.” 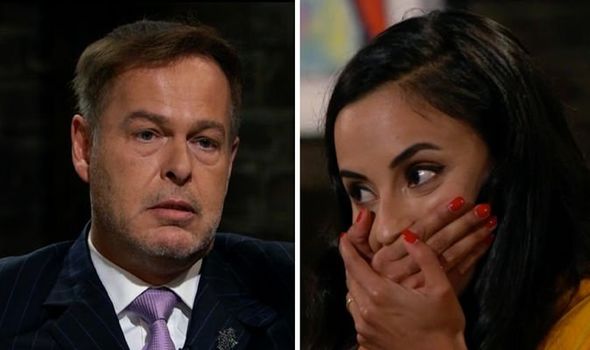 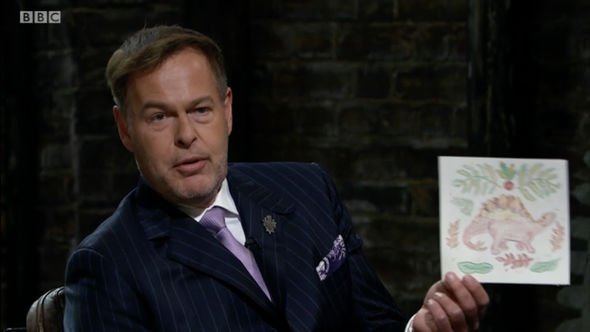 After all other Dragons except Peter and Deborah decided to skip on the investment opportunity, it was back to Peter.

“I haven’t been listening to half of this, because I have been doing this,” he said, holding up a coloured dinosaur drawing he made as part of Zena’s tester kit.

“That is so cool,” she said, jumping up and down.

Though Peter wasn’t amused and told her: “I think that your level of excitement needs a bit of a reality check in terms of putting an application like this and making it into a business.” 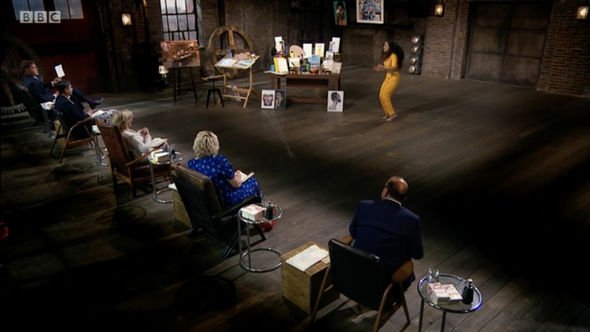 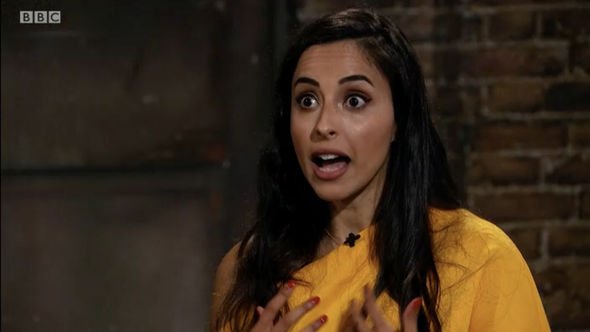 “Because to receive basically three stencil pieces of paper and four pencils. that goes as far as to say that I would be absolutely devastated that I have spent £25 on this.”

Trying to recover from the brutal swipe, Zena tried to justify herself: “While you have done a wonderful job colouring that in, the video experience that you haven’t participated in is 45 minutes long.”

“Then you shouldn’t have come in here and made me think until I have now come back at you, that this is the pack that you are selling,” replied an angered Peter.

“No, it is. It absolutely is,” she assured him to which Peter rebutted: “Well it’s a disgrace for 25 quid.”

Zena continued: “If it was rubbish, people wouldn’t be buying it,” but Peter argued: “But they are not buying it because you are only selling £4,000 a month. That doesn’t mean it’s a business.”

Tying to explain herself, Zena added: “This is what one person could source during lockdown where my suppliers had been shut down or furloughed.”

Peter then damned her idea saying: “In my opinion, it’s back to the drawing board. You don’t have to sit there and sell a potential position of being a victim, or why you have done so well to create a £25 that I am suggesting is not even worth £3 or £4.”

Realising she had made a mistake, Zena backtracked: “I apologise if anything I said came across that I felt a victim because I didn’t represent myself well in that. If that is my loss and I lost you now I am sincerely sorry.”

Peter expressed his disappointment in the young woman since her initial pitch was really strong: “I don’t think there is a successful business for an investor at this stage so sadly, that is the reason why today I am out.”

“I really appreciate and I understand, honestly I do, I did ramble and…” said Zena before Touker Suleyman cut her off saying: “He’s out, you can’t ramble no more.”

Fortunately for Zena, one last Dragon was left.

Deborah offered to invest the full £50,000 for a 25 percent share, which Zena accepted without trying to negotiate.

Dragons’ Den airs on Thursdays at 8pm on BBC One.