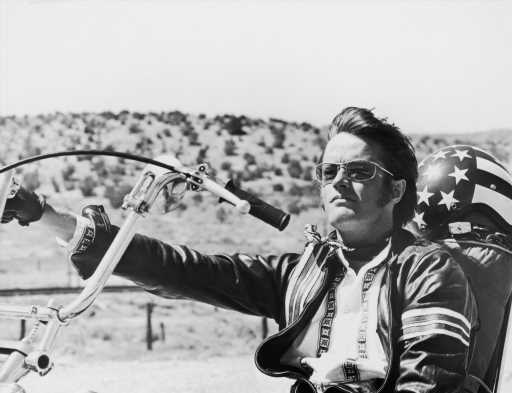 Writer-director-actor Peter Fonda, who died Friday at age 79, had instant success with the 1969 film Easy Rider, about two freewheeling motorcyclists at the forefront of the American counterculture. The movie was the third highest-grossing that year and earned Fonda an Oscar nom for the screenplay he wrote with Dennis Hopper and Terry Southern.

Easy Rider was among the first low-budget pics to compete with the large-scale studio fare of the day, ushering in the modern era of indie films.

Fonda’s career afterwards including him directing and starring in several movies in the 1970s includingThe Hired Hand, Dirty Mary, Crazy Larry, Outlaw Blues and Wanda Nevada. He wouldn’t see the the critical acclaim he received for his debut film until Ulee’s Gold in 1997, when he scored a Best Actor Oscar nomination.

Click on the photo above to look a photo gallery of Fonda’s major films.