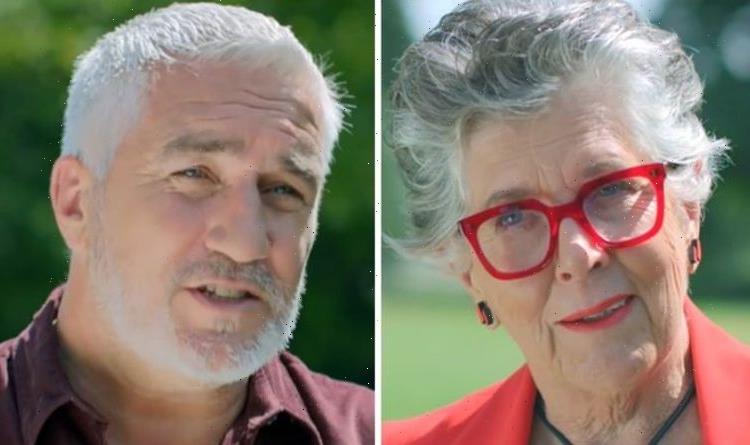 The current series of The Great British Bake Off is well underway, and next week the remaining contestants will compete for a place in the final. The competition is certainly heating up as the budding bakers attempt to impress judges Paul Hollywood and Prue Leith. Paul has been a judge since the show started in 2010, while Prue joined the cooking programme in 2017.

The duo, along with Matt Lucas and Noel Fielding, have kept viewers entertained ever since and there is plenty of banter and innuendos along the way.

The expert believes Paul and Prue have a “genuine” friendship.

She began: “I don’t think it’s possible to find an on-screen pairing quite like Paul and Prue.”

“The two have such chemistry that it simply sizzles off the screen,” Ruby continued.

“And the (what could be seen as) flirting between them has been commented on for years.

“Does anyone else remember the incredibly suggestive clip where the pair discuss how to create a cottage loaf?

“Let’s just say, there was a lot of finger talk. Even I needed to take a cold shower after that one.”

Despite their close friendship, the body language expert thinks their “flirting” is “egged up for the cameras”.

She explained: “But what I see between Paul and Prue is a genuine friendship and a love of baked goods, with a heavy dose of flirting mixed in.

“Of course, things are egged up for the cameras (since Bake Off is famous for its innuendos – soggy bottoms, anyone?).

“But what I see with Paul and Prue are two people who enjoy each other’s company.”

She went on to claim Paul has a “flirtatious personality” when it comes to interacting with the Bake Off contestants.

“Whether you’re a Bake Off fan or not, I think you’d be hard-pressed to find a person who doesn’t think that Paul Hollywood isn’t a silver fox.

“Who wouldn’t want to be on the receiving end of one of Paul’s trademark winks?” Ruby joked.

The expert also claims the baking competition has become “subtly dirty” over the years.

She concluded: “As I’ve said before, Bake Off is full of innuendos and has become a subtly dirty show over the years.

“But I don’t believe anyone actually wants to b*** one another, no matter how many soggy bottoms are around and sweet comments made.”

Earlier this week, Lizzie Acker was sent home after being eliminated by the judges.

This leaves bakers Jurgen, Giuseppe, Crystelle and Chigs to compete in the semi-final, which will be patisserie week

Great British Bake Off returns on Tuesday at 8pm on Channel 4.