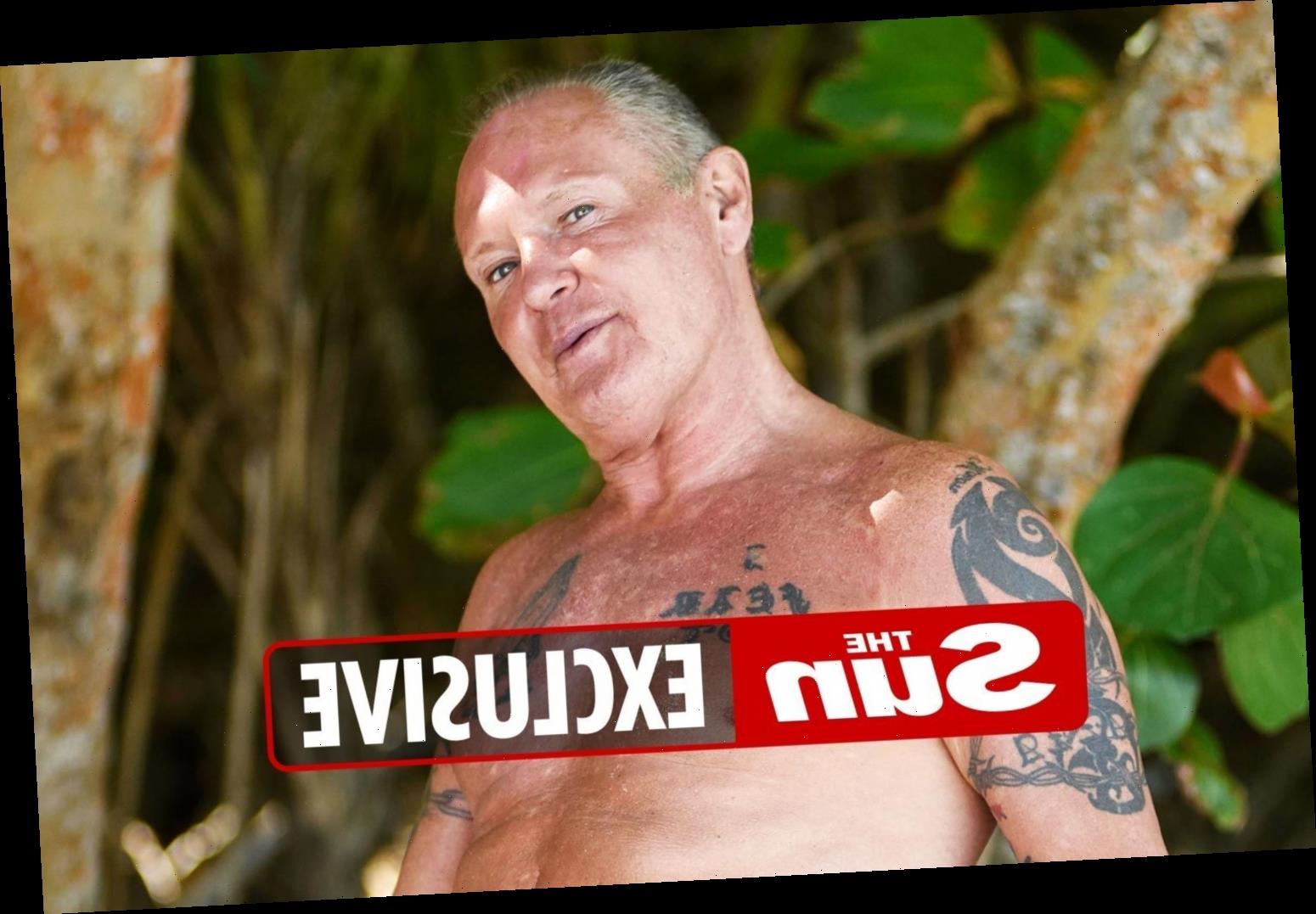 THE sister of troubled football legend Paul Gascoigne has told how she was suicidal with her own torment before her beloved brother helped her to see a future.

Anna, 54, was plunged into despair after son Jay died of an accidental prescription drug overdose five years ago at just 22 following a long battle with mental health. 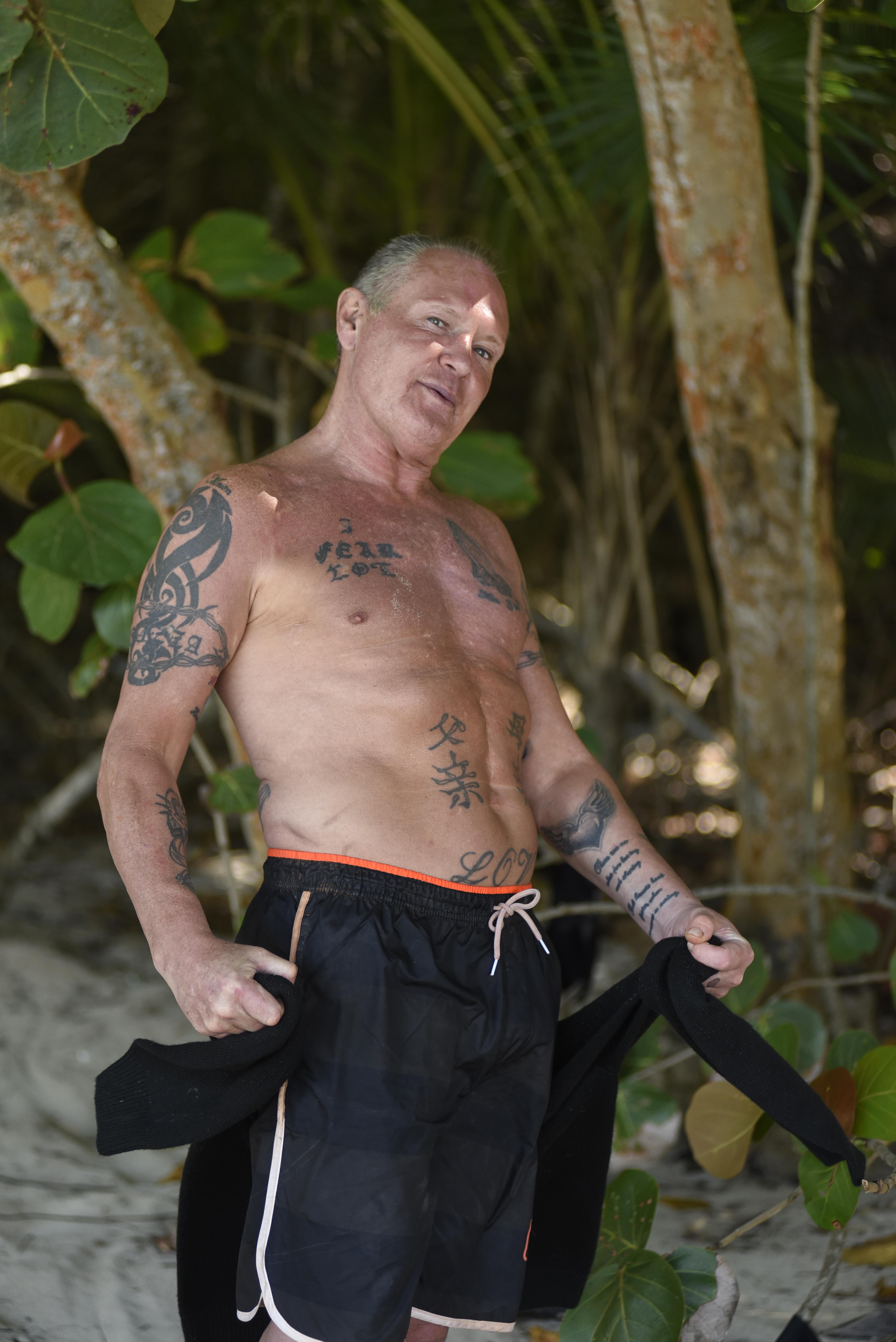 Her and Paul’s dad John was then claimed by cancer less than two years later.

Ex-Spurs and England star Gazza is now competing in Italian I’m A Celeb-style reality show L’Isola Dei Famosi (The Island Of The Famous) and Anna reveals how in a tearful call to her, he vowed to win for his nephew and give the £50,000 prize to a young people’s mental health charity set up in Jay’s name.

But when she lost her will to live three years ago, it was Paul and their mum Carol, a former factory worker, who picked her up.

Despite his own demons and drink problems after a glittering career, Paul proved to be Anna’s rock. 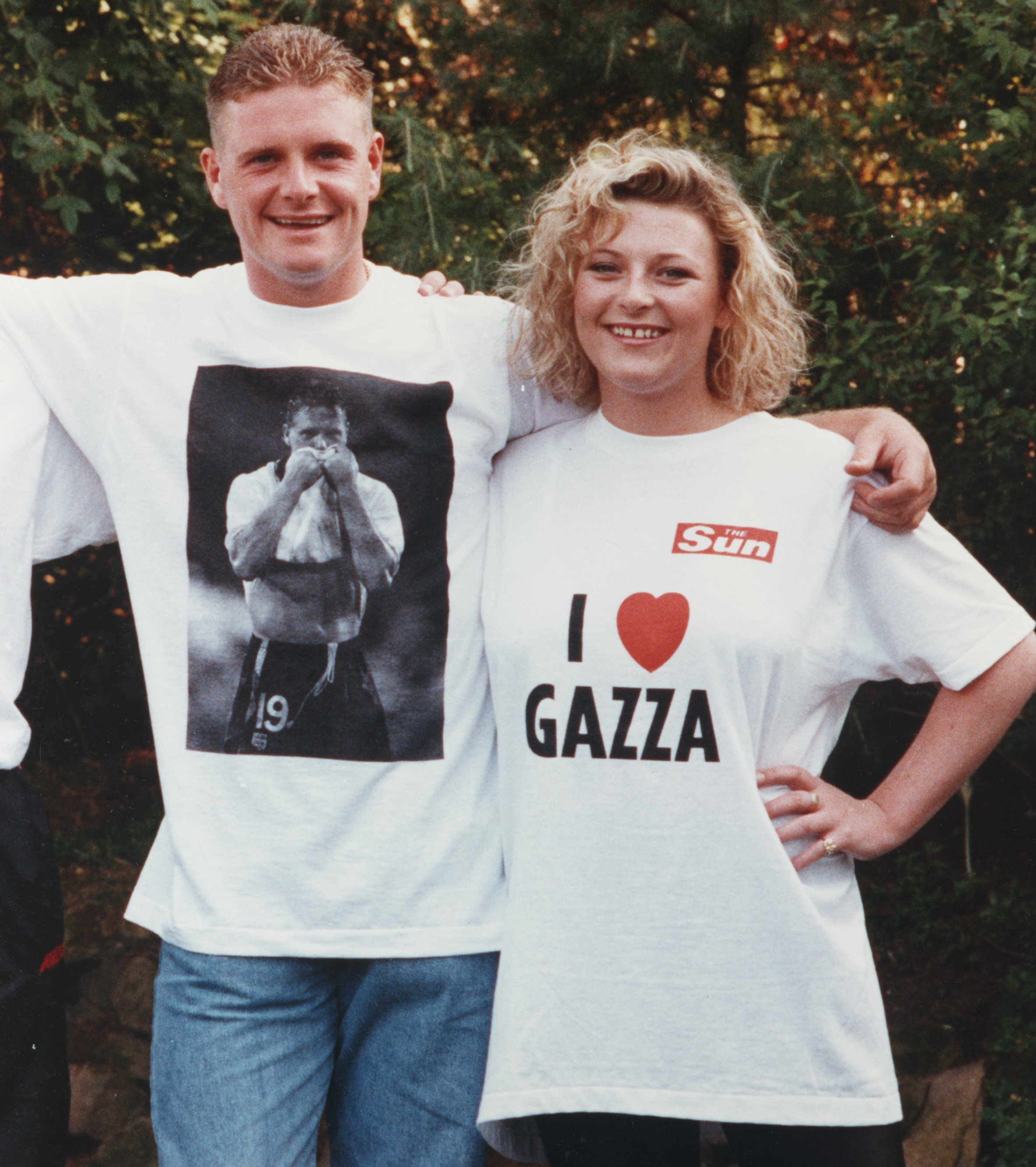 In an exclusive interview with The Sun on Sunday, Anna recalls of her darkest hour: “The scariest thing is, I was calm and methodical.

“I wrote my will and put in a letter what I wanted for my funeral, down to the casket. I ensured my daughter Harley (now 25) wouldn’t have anything to worry about.

“But I told myself Jay was in a strange place, alone, and I wanted to hold him and look after him.

“I told myself Harley would be fine as my family were there. 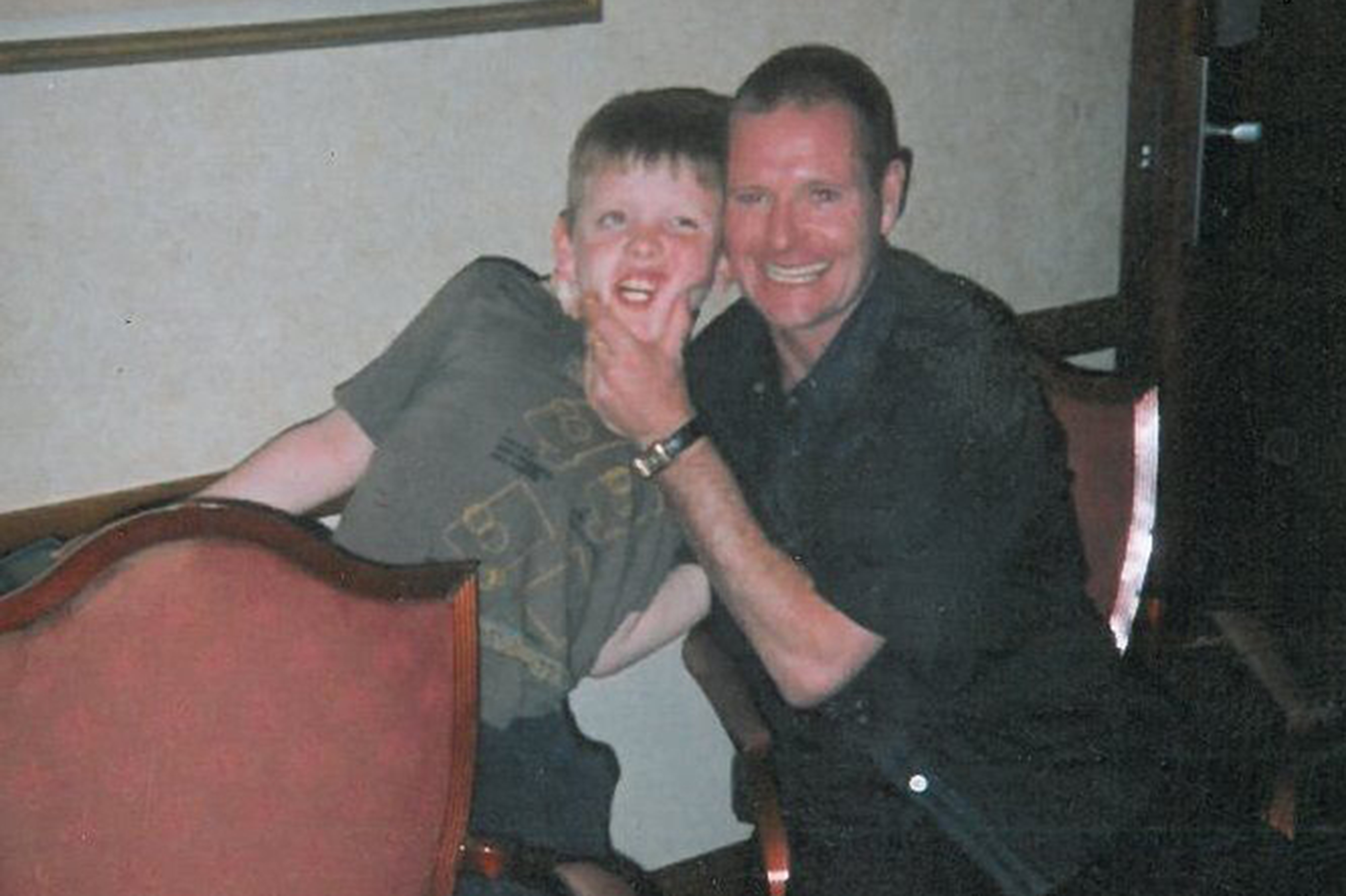 “But it was Paul and my mum who stopped me. We were in my garden when Mum said, ‘If you do what we think you are thinking, Harley will not be far behind you’.

“And losing me too? Of course she would have been next. That couldn’t happen.

“I’m now shocked how I was thinking but I was crazed with grief. Now I’m stronger and am there for Harley, although battle-scarred. 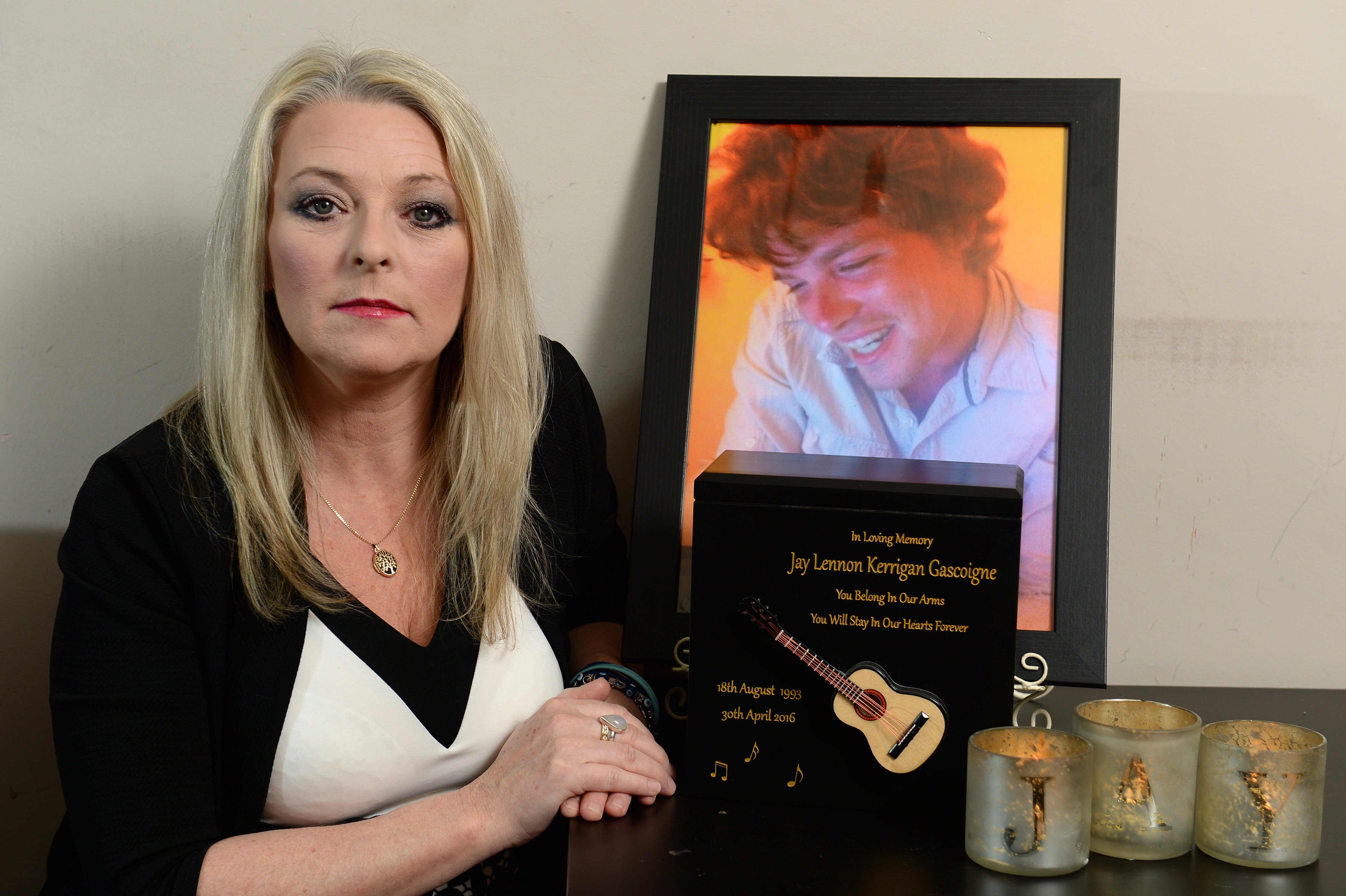 “I have my good and bad days. That’s why I’m speaking out. If you open up you won’t be alone.”

Anna says: “When Jay died, my life had become like a nuclear winter. The loss you feel when a child dies needlessly cannot be put into words.

"Dad was then diagnosed with cancer a few months later and fought so courageously. 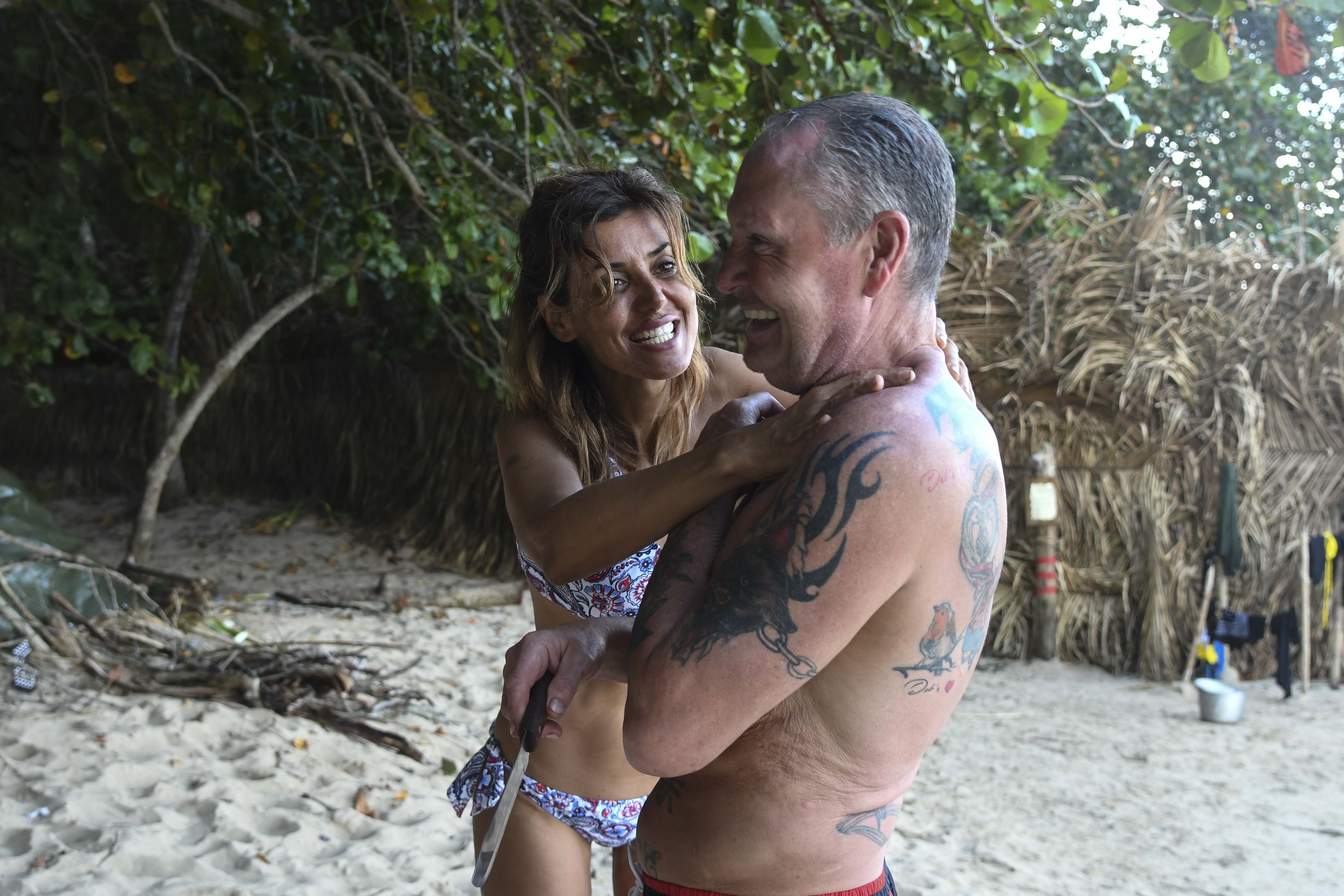 “He had always been my strong but silent comfort blanket. He never judged, just gave honest, good advice.

“Losing him, after everything else, was the cruellest blow.”

But Anna was thrilled on Monday as Paul — famed for his tears at the Italia ’90 World Cup and who also played for Italian club Lazio in the Nineties — was dropped by helicopter, along with 15 Italian celebs, for his challenge in an island jungle off Honduras in Central America.

She says: “Paul is doing this show because helping others battle mental health problems is close to our family’s hearts and that’s why he became an ambassador of my son’s charity, with (Loose Women and ex-Corrie Street star) Denise Welch.” 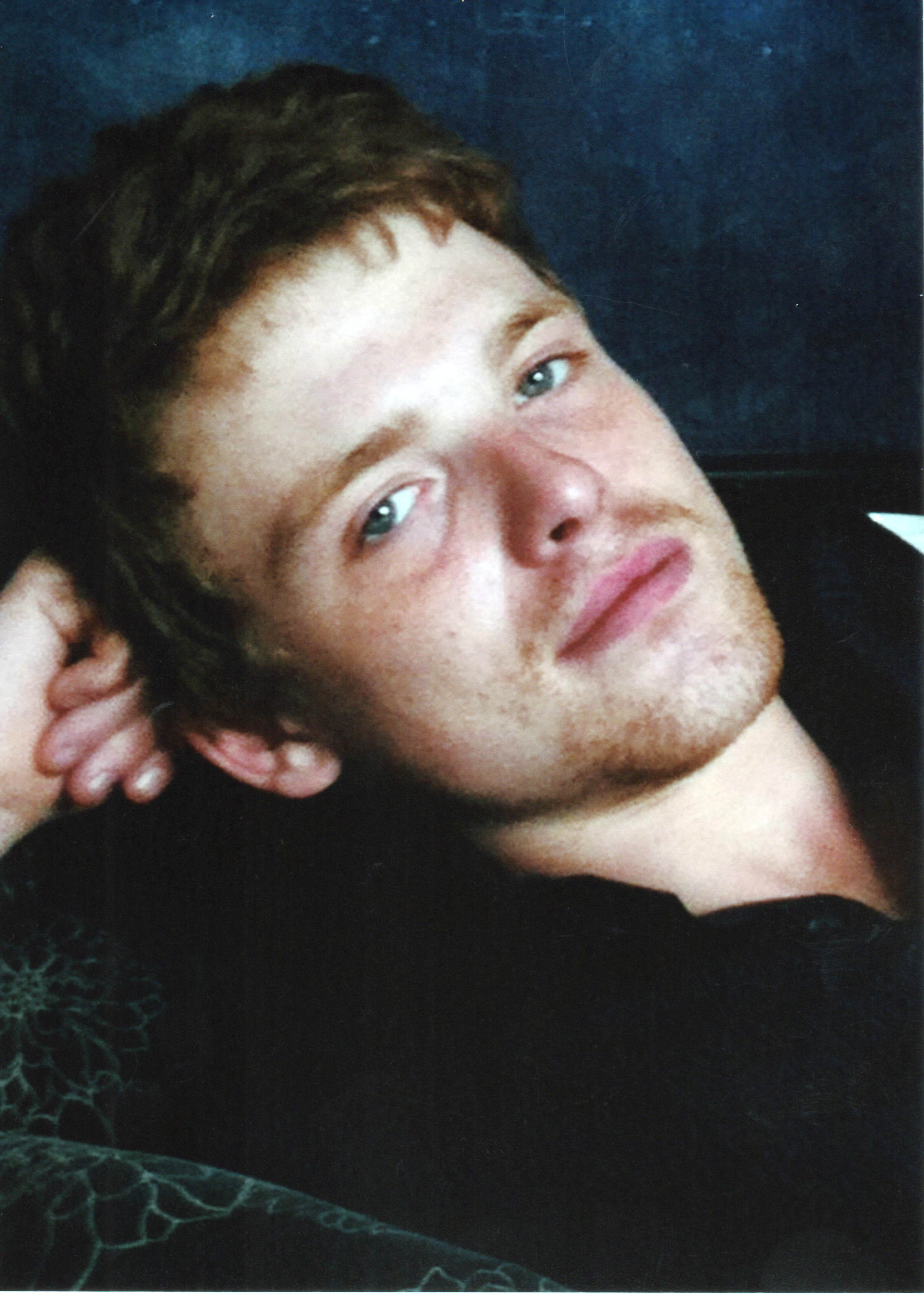 Since arriving, Gazza has had campmates in stitches with pranks and amazing stories about his life — including how he once smuggled an ostrich into the Spurs training ground and even hijacked a London bus full of passengers and got them singing.

When his campmates were asleep on the beach he cracked them up by bursting into Cliff Richard’s Summer Holiday at the top of his voice.

Anna said: “He loves practical jokes and he’s had them in stitches, that’s our Paul.”

He also horrified campmates by saying he liked pineapple on pizza — seen as culinary sacrilege by Italians. 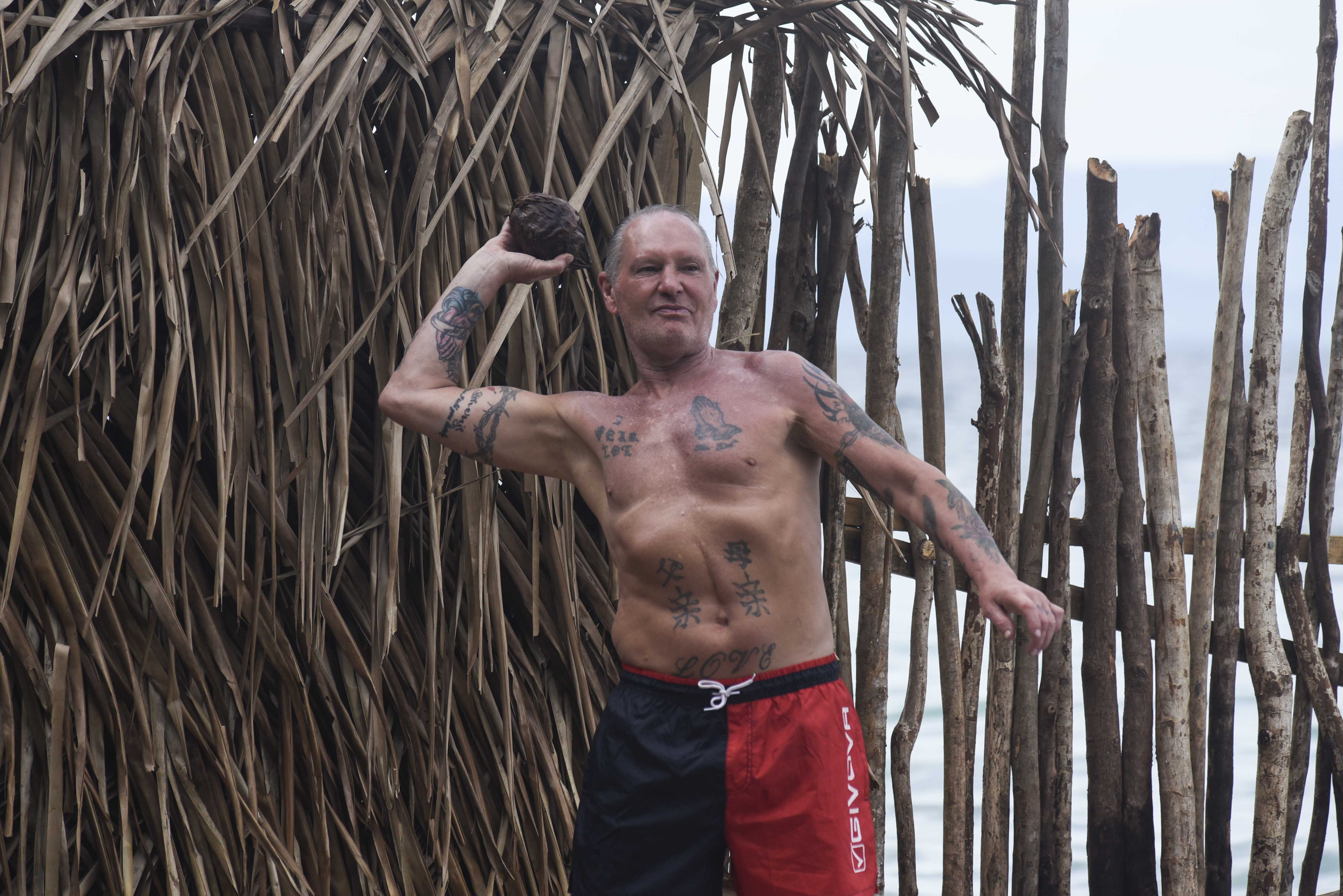 Anna reveals he is terrified of spiders and snakes but hopes to win over his campmates with his cheeky charm and angling skills.

He has already gone viral with his comical mispronunciations of Italian words.

Anna adds: “He had Italian refresher lessons before going in.

“He spoke it fluently at Lazio and is now a bit rusty, but people can still see what a huge heart he has. 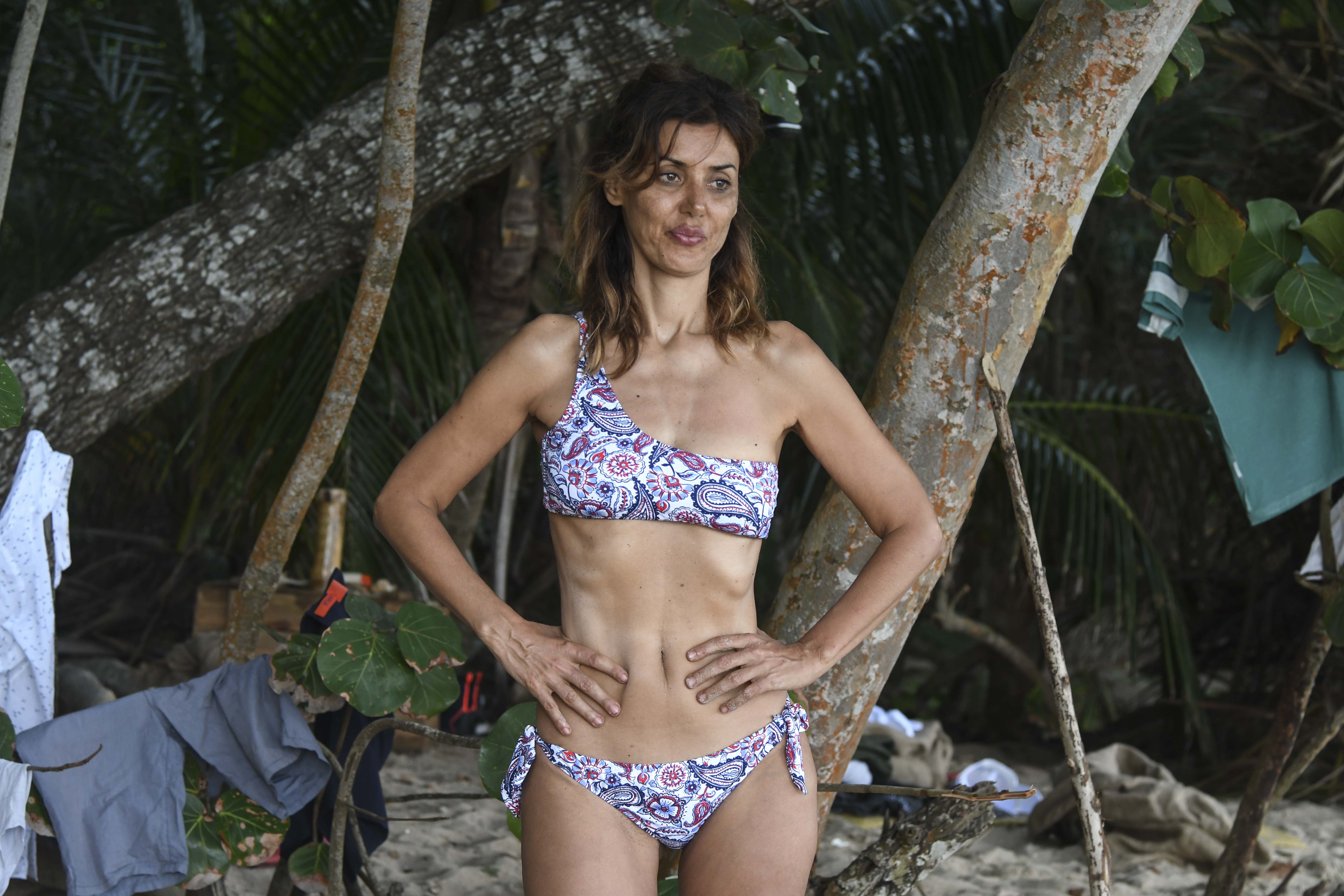 “The show is a survival challenge and he loves fishing so he will keep his campmates fed. He has overcome so much over the decades, so this will be a walk in the park.

“I’m so proud and we were in tears when he rang and said he will try to win for the Jay Gascoigne Foundation, to help others.

"Mental health problems have had a profound impact on our family.

"Jay’s death certificate names obsessive compulsive disorder (OCD) as the cause — he accidentally overdosed while trying to silence the horrendous thoughts he suffered from. 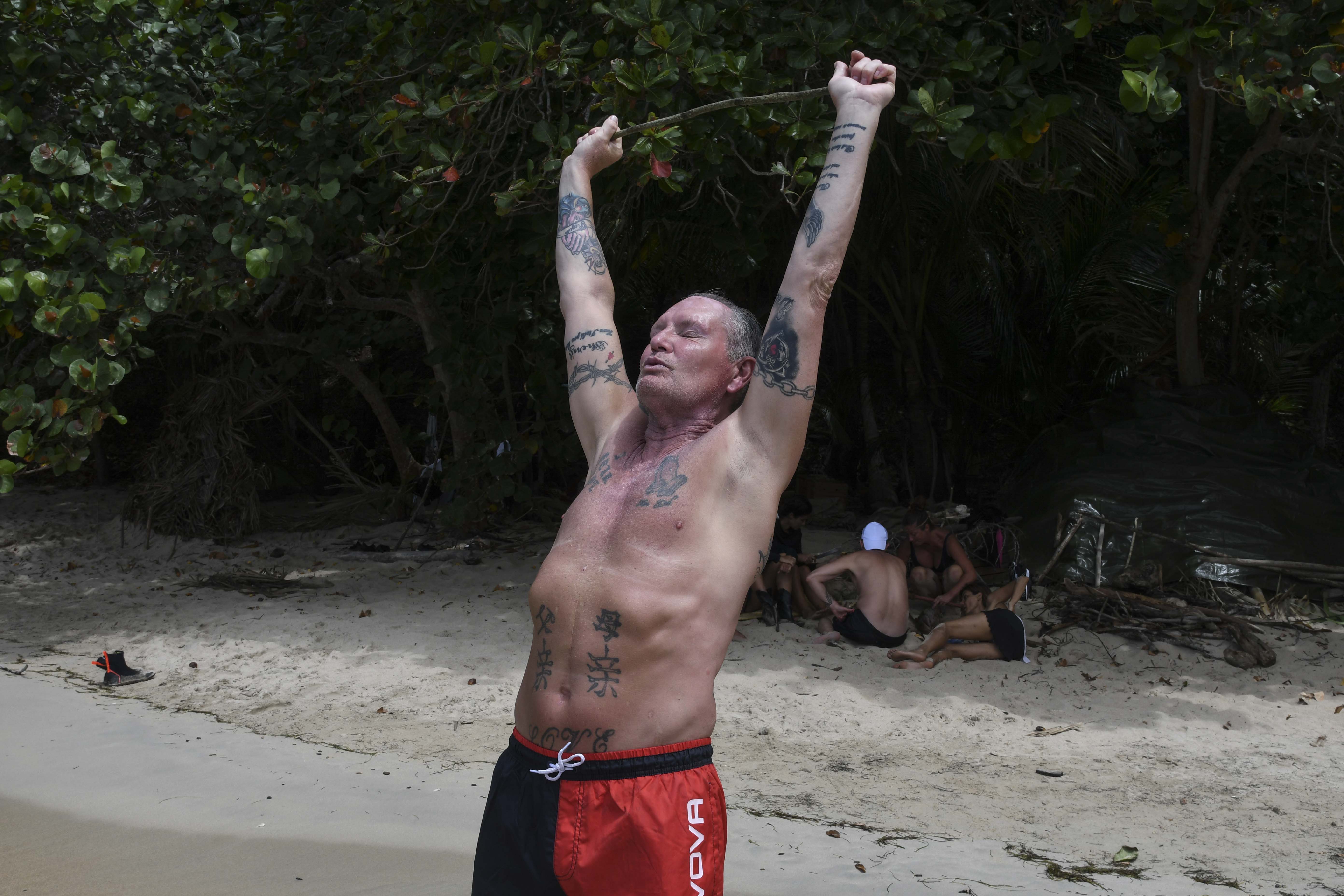 “Paul has spoken of his own battles and I was suicidal after Jay died. Paul and our mum pulled me back from the brink.

“We need to talk about mental health so young people feel they can ask for help.”

Anna and Jay lived with Paul during his glory days at Lazio and Paul called Jay his “son”. Anna’s husband, now ex, was an actor who worked away a lot.

Recalling Jay’s OCD, which has also dogged Paul, Anna says: “He’d been in and out of mental health services from age 12, when he started to suffer an eating disorder and became the youngest in the UK put on Prozac. 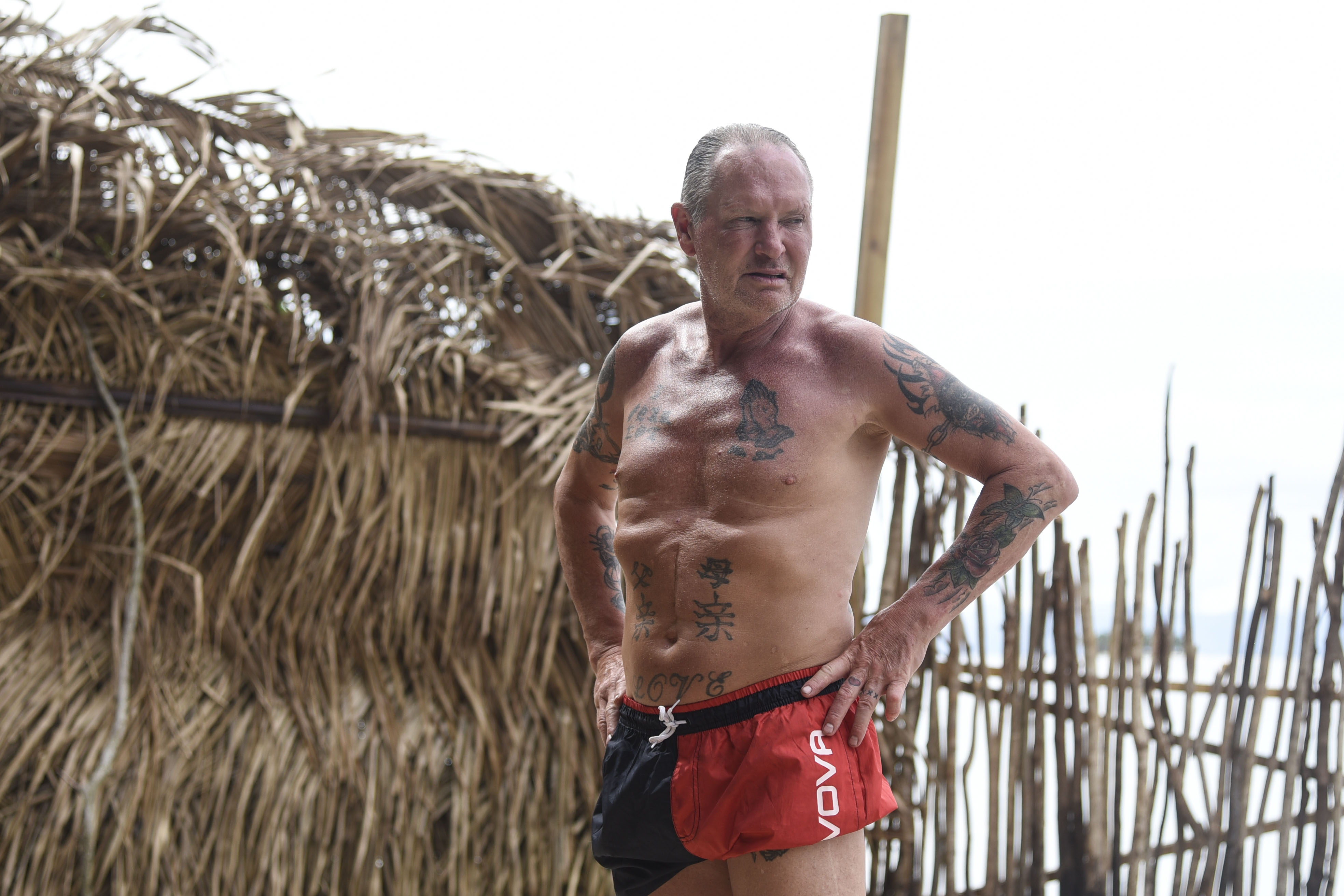 “He was the kindest, gentlest boy, a talented musician, but his life was blighted by ‘Pure OCD’, which meant voices tormented him at almost every waking hour.

"In his last years he’d begun buying prescription medication via the internet to escape those voices. He just wanted peace.

"His OCD was so extreme he was often afraid to blink in case it caused me or Harley to die.

“Sometimes he’d be afraid to leave his room and couldn’t even drink water as voices told him something terrible would happen. 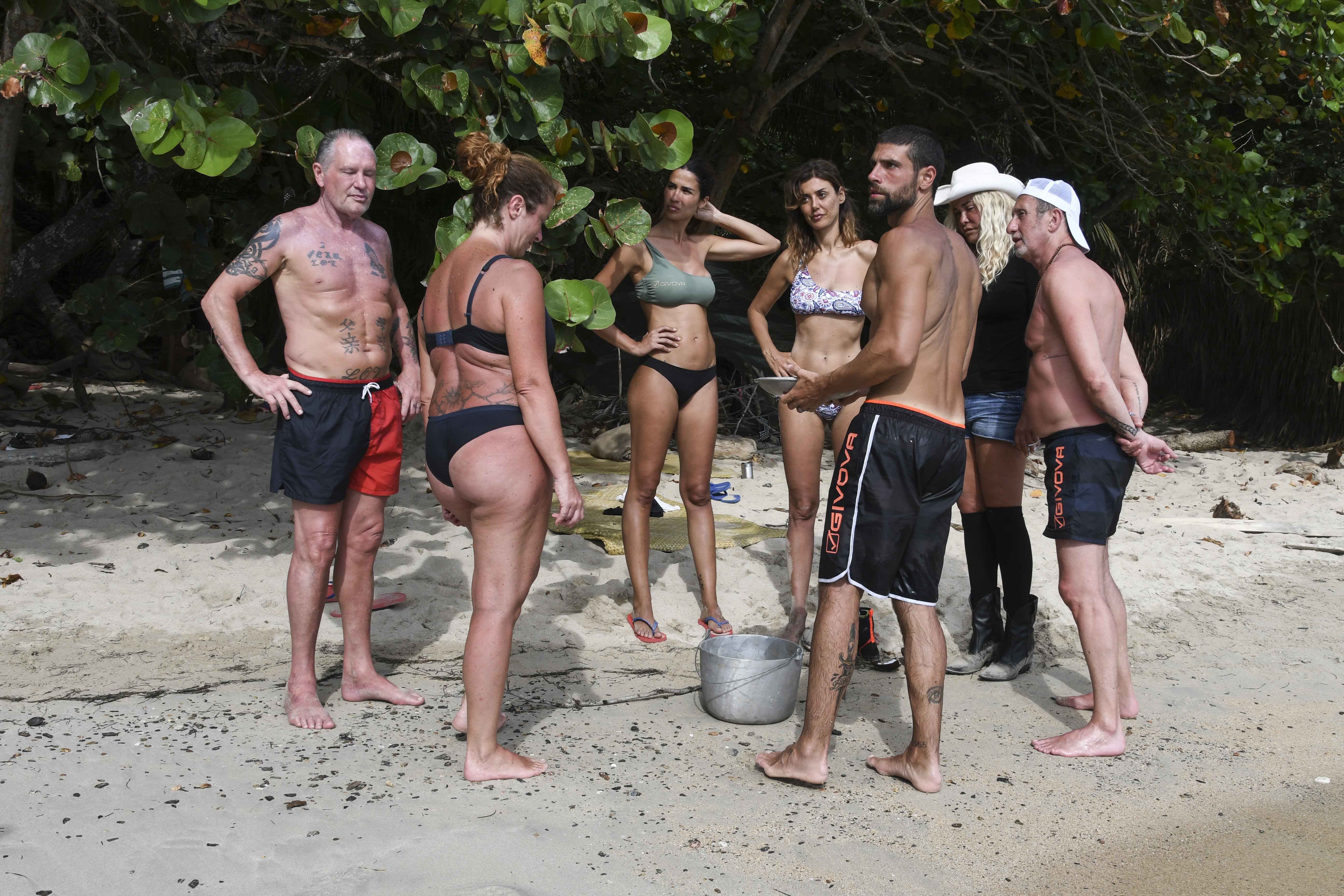 "He’d lie on the sofa, with his head on my lap, cry out for help and beg for it to stop.

“Until age 16 the help was there, but when he became an adult we had to go back through the referrals system.

“When we got him back into the mental health services he was given medications but when that didn’t work he began to self-medicate.

"Mental health services discharged him as they said he needed to sort his addictions. 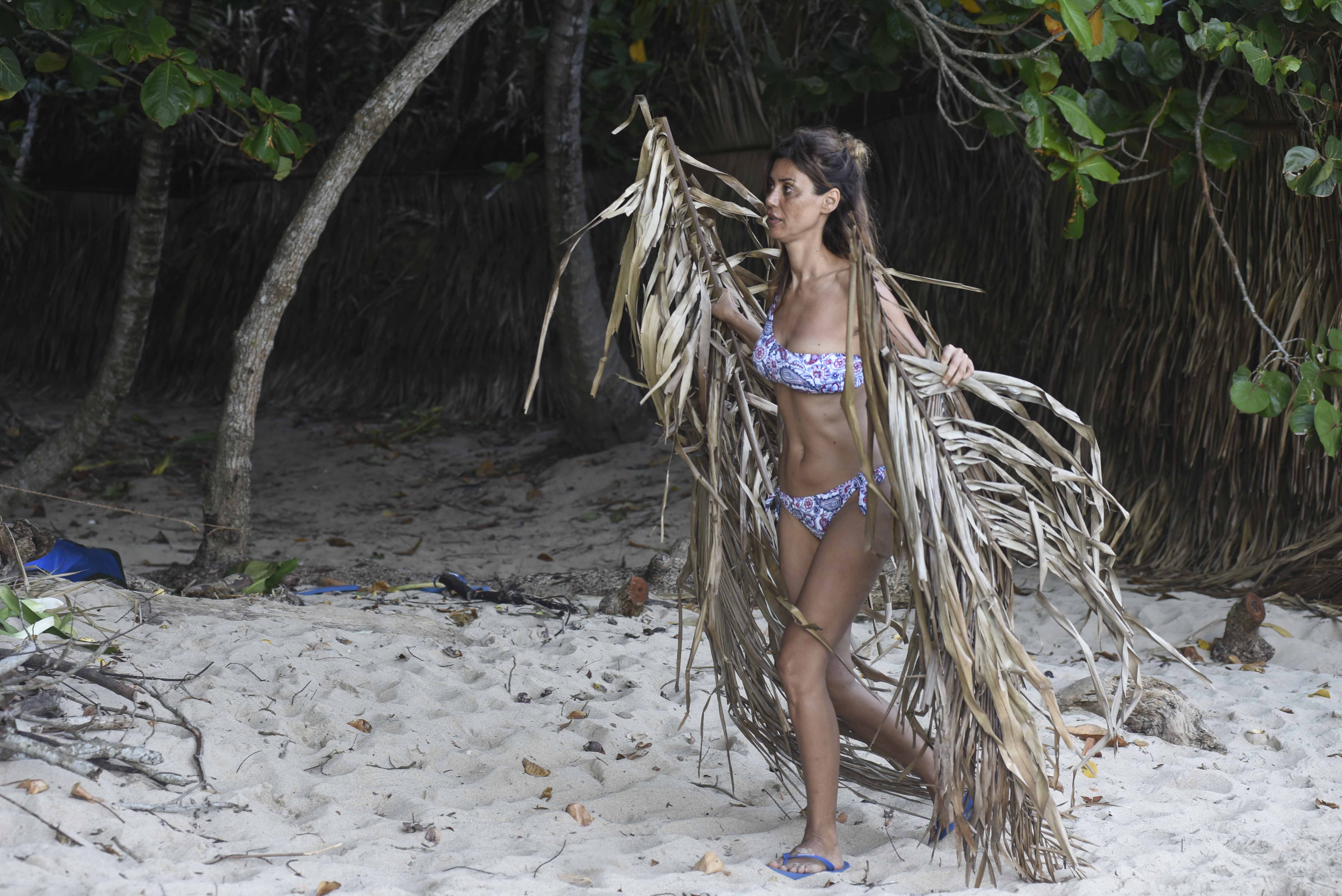 “We went to drug and alcohol services, who said they thought his mental health was the priority. That’s when he fell through the cracks.

“I’m now campaigning for addiction to be put back into the Mental Health Act. The two things are connected, as many people with addiction have suffered mental health trauma.

“Jay begged for help, wanted to live. He was excited about a family holiday — we were all going to New York and Orlando for my 50th and Harley’s 21st.

“But underneath he was so broken. Harley and I spent our birthdays in the funeral home.” 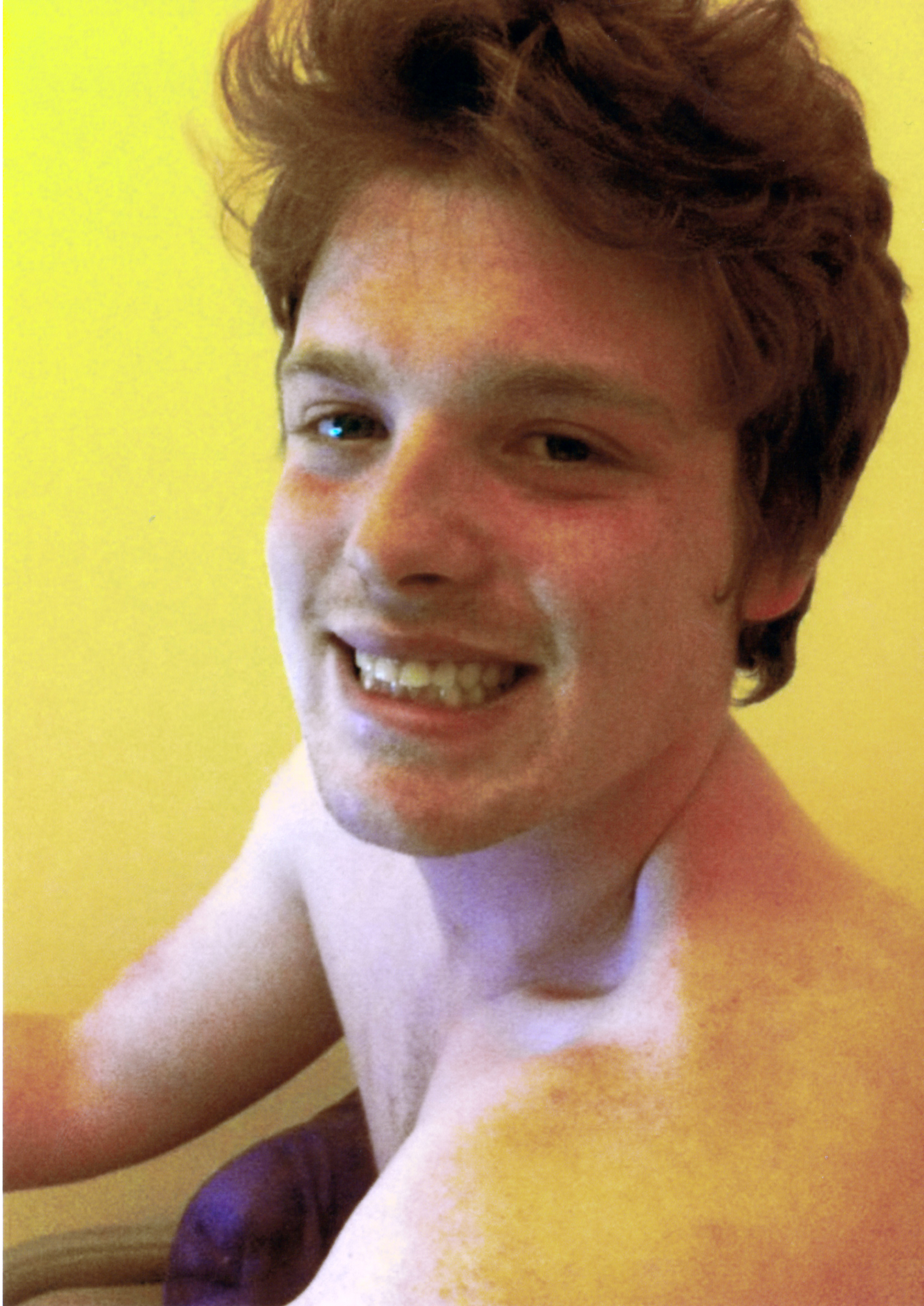 The Jay Gascoigne Foundation keeps his memory alive, and Anna says: “Parents contact me with heartbreaking stories. More needs to be done.

“If Paul wins in Italy my aim is to help fund a centre for the most vulnerable young people in crisis.

"They are waiting up to a year for an assessment, so I’d like to help fund a safe space where in that time they get counselling and workshops. It will save lives.”

EVERY 90 minutes in the UK a life is lost to suicide.

It doesn't discriminate, touching the lives of people in every corner of society – from the homeless and unemployed to builders and doctors, reality stars and footballers.

It's the biggest killer of people under the age of 35, more deadly than cancer and car crashes.

And men are three times more likely to take their own life than women.

Yet it's rarely spoken of, a taboo that threatens to continue its deadly rampage unless we all stop and take notice, now.

That is why The Sun launched the You're Not Alone campaign.

The aim is that by sharing practical advice, raising awareness and breaking down the barriers people face when talking about their mental health, we can all do our bit to help save lives.

Let's all vow to ask for help when we need it, and listen out for others… You're Not Alone.

If you, or anyone you know, needs help dealing with mental health problems, the following organisations provide support: