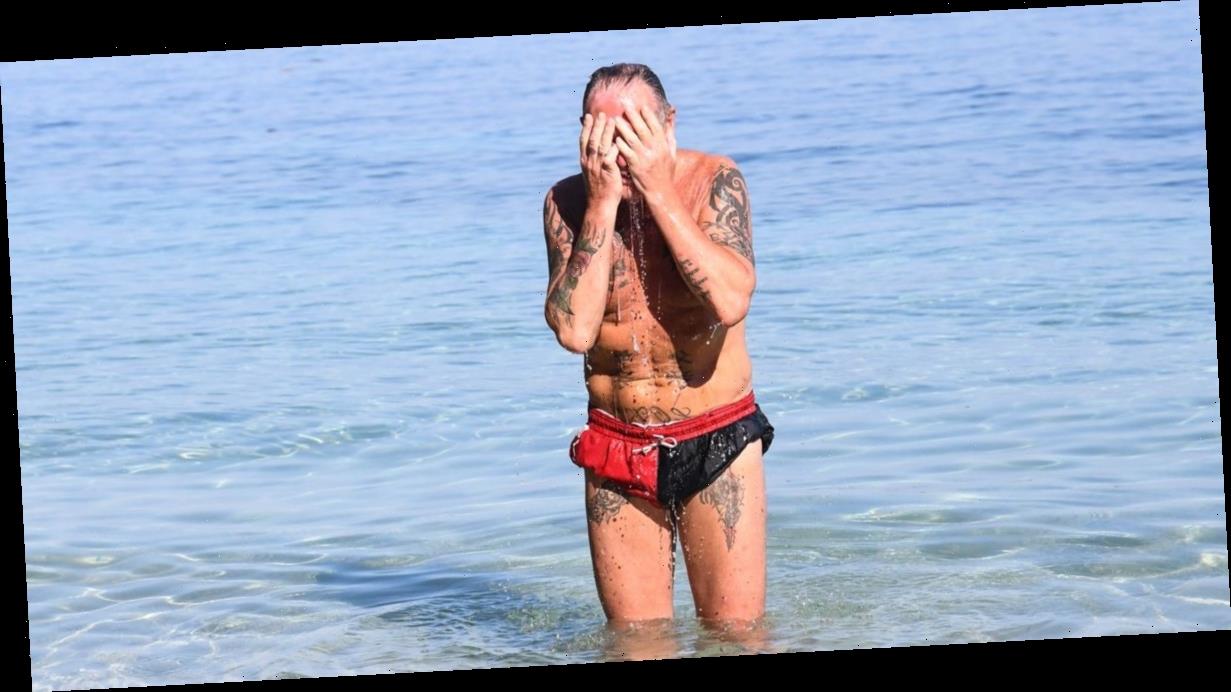 Sporting legend Paul Gascoigne made a splash as he stripped to some seriously skimpy swimming trunks for a dip in the ocean.

The football star channeled his inner 007 as he took a dip in the sea, while he showed off his many tattoos.

Gazza bore a striking resemblance to James Bond’s Daniel Craig in the photos as he recreated Daniel Craig's iconic smoulder as he came out of the ocean in Casino Royale.

Gazza is appearing in what's being penned as the 'Italian version of I’m A Celebrity Get Me Out of Here,' named L’Isola die Famosi on the continent.

The 53-year-old stunned viewers of the show on Monday when he stripped down to trunks for a workout and performed an impressive round of seated push-ups.

But new snaps have showed him taking a brisk dip in the dazzling blue ocean, with those same trunks tucked up to bare an expanse of thigh.

The hunk showed off his impressive abs and ink as he slicked his wet hair back.

The dad-of-three has an extensive collection of tattoos, including one on his left pectoral and several on his arms.

He also has two larger designs on his thighs. Gazza also had to wipe away tears on the show as his former bodyguard appeared as his mystery guest via video link.

Giovanni Zeqireya was his security officer when he played for Italian club Lazio in the early 1990s.

He told The Sun: “Paul is a fantastic guy with a heart of gold, he is so special to me.

“He’s like one of my family and I have worked with a lot of big stars around the world.

“Paul is just a big kid really but he’s a loveable big kid, who is really down to earth. He’s not a big flash star, he’s very humble and down to earth.”

He definitely showed his less mature side when making his Italian entrance, getting down with some Dad dancing in an open zebra-patterned shirt and bright pink shorts. Paul’s sister Anna revealed in an interview that the footie legend vowed to win the Italian show in tribute to his late nephew, and plans to donate the £50,000 prize pot to his mental health charity.

Anna said Paul was responsible for saving her life after her son Jay passed away aged 22.

She said: “Paul has spoken of his own battles and I was suicidal after Jay died. Paul and our mum pulled me back from the brink.”

In 2017, Paul opened up about his own struggles with alcoholism and bipolar disorder.