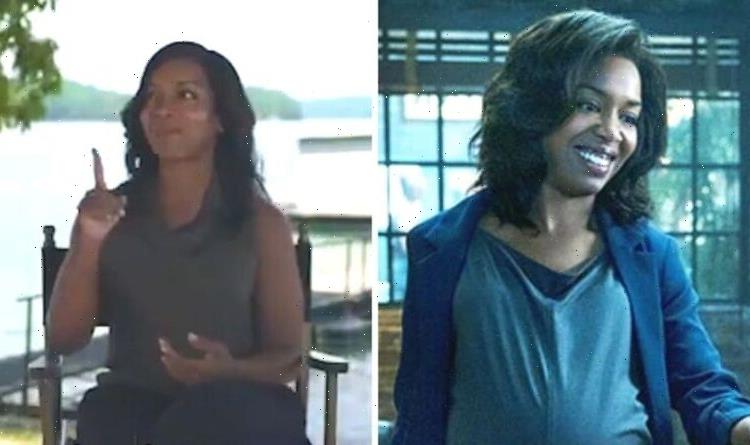 Ozark: The cast discuss saying goodbye to the Byrde's house

Netflix’s highly-acclaimed crime series Ozark is returning to screens later this month with the remainder of its fourth and final instalment. Although viewers were excited to soon see the highly anticipated episodes, Maya Miller star Jessica Frances Dukes was overcome with emotion and fought back tears as she said goodbye to the Byrde House.

After four seasons on air Ozark will be coming to an end and fans are excited to see the fate of their favourite characters.

Ahead of its release, Netflix unveiled a video which featured interviews from many of the cast and footage from behind the scenes.

Those who appeared in the clip also paid tribute to the Byrde house, which was where a majority of the episode were filmed.

Jessica Frances Dukes, who starred as Maya Miller, was featured and she became overcome with emotion when discussing the Byrde house.

While her co-stars reflected on their time with the show and how much of it was spent at the Byrde house it was Duke’s turn to share.

The actress had to stop before she even started and disclosed: “Not gonna get emotional.”

“Here we go, wait a minute, here it comes, not doing it,” she added while attempting to hold her tears back.

The actress recalled her debut as Maya and said: “The first day I was on set, I showed up at this house.

“My last day I’m here,” the actress added while choking up.

Dukes made her first appearance as Maya in season three as an FBI agent and forensic accountant.

Throughout the season she was heavily pregnant but continued to work hard monitoring the books to ensure no money laundering was happening at the casino.

However, viewers were well aware the casino riverboat was indeed a front for Marty Byrde’s (Jason Bateman) money laundering agreement with the Navarro cartel.

Back in season one, he agreed to relocate his family to the Missouri Ozarks from Chicago where he could wash $500 million dollars in five years.

Marty, who was often in over his head, was given a way out of the deal when Maya offered a way out.

Although he initially agreed to spend 19 months in federal jail for his laundering crimes, Marty quickly changed his mind after he was kidnapped by Navarro’s men.

This all changed in season four part one when she was torn between following the order from her superiors and resisting the urge to bring justice.

Marty and his wife Wendy Byrde (Laura Linney) had also reached the end of their tether with the business and wanted nothing more than to live their normal lives in Chicago.

It was revealed, cartel leader Omar Navarro (Felix Solis) also wanted to put his life of crime behind him and had appointed his nephew Javi as the successor.

However, Navarro would only let the Byrde’s free if they struck up a deal which suited him for his own freedom, however, the law enforcement weren’t having it.

Instead, they arrested Omar, which put Maya in grave danger and it appears as though Javi will seek revenge when part two arrives.

Ozark season 4, part 2, will premiere on Netflix on Friday, April 29.