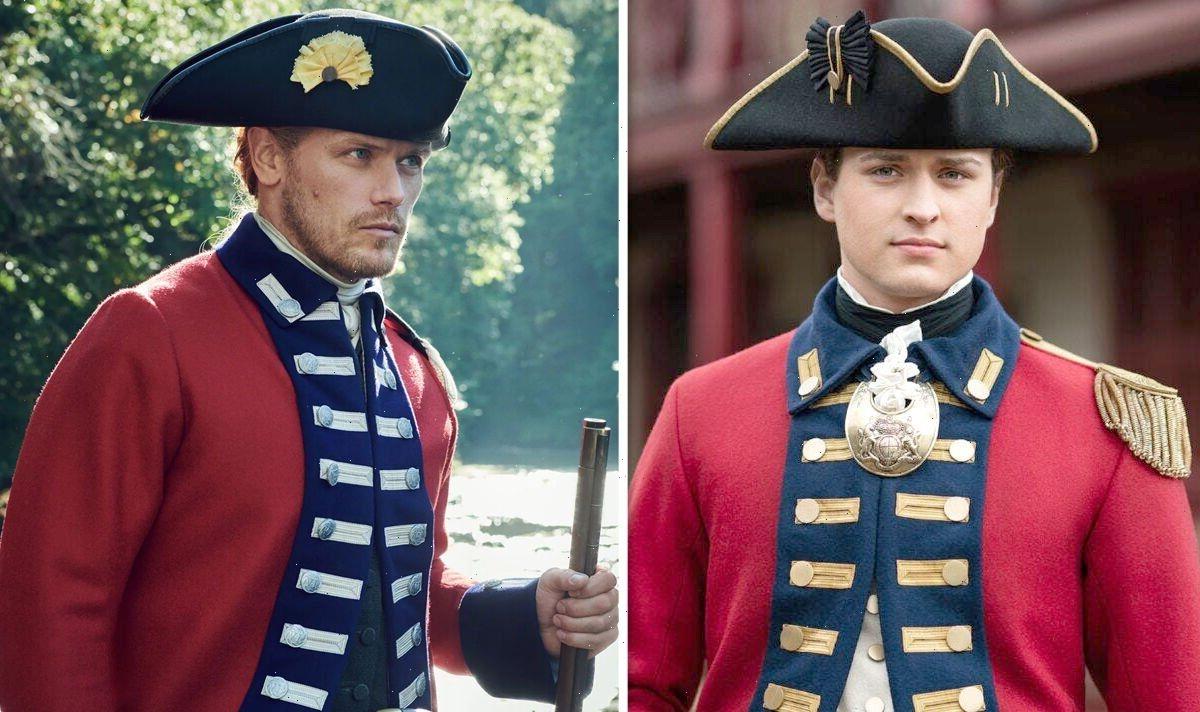 Outlander teaser: "I Am Not Alone" – Season Finale

When Outlander returns for season seven, there will be a new face among the cast after American broadcaster Starz announced they had cast actor Charles Vandervaart as an adult version of Willie Ransom. Willie is expected to have a bigger role to play in the new series given the casting news. However, some fans may be wondering why there was a cast shake-up.

Why was Oliver Finnegan replaced as Jamie’s son?

Then Oliver Finnegan took on the part as an 11-year-old incarnation in season four when Willie and Lord John Grey (David Berry) went to Fraser’s Ridge.

During this time, Jamie Fraser (played by Sam Heughan) was able to spend some quality time with his love child who remained unaware of his father’s true identity.

Fans will remember Jamie fathered Willie while serving as an indentured servant as Helwater in England in season three.

During this time, he was blackmailed into sleeping with Lady Geneva Dunsany (Hannah James).

In order to protect the child’s birthright, Geneva lied about Willie’s father and claimed it was her husband.

Geneva sadly died in childbirth while her husband was killed in an altercation with Jamie, who was protecting baby Willie.

The child was then passed into the care of Lord John, who wed Geneva’s sister Isobel Dunsany (Tanya Reynolds).

Vandervaart’s casting comes as Outlander moves on its timeline and the show progresses forward, so it is simply a case of ageing up the actor for the story.

The news was announced recently with details of an adult Willie, which described the young man as a British soldier ready to do battle and stamp out the American Revolution.

Willie will be a “courteous aristocrat” but underneath it he has a “Highlander’s fire”, much like his half-sister Brianna MacKenzie (Sophie Skelton).

Speaking about the casting, Outlander showrunner Matthew B. Roberts said: “We are happy to welcome Charles to the Fraser family for season seven of Outlander, joining the cast with the other talented actors that bring our stories to life.

“Scotland will again be our production home as the Frasers and MacKenzies try to make a home against the backdrop of the Revolutionary War.

“This season promises more adventure, time travel and emotional peril than any season before.”

Executive producer Maril Davis went on to say as per Town and Country: “The character of William Ransom is a wonderful role, and one fans have been eager to see.

“Finding someone with the talent and physicality to play Jamie’s son was a daunting task, but Charles’ charisma was evident during the audition process and we are excited to see what he will bring to William’s multi-layered journey.”

Vandervaart, 21, also posted about his new role on Instagram, sharing a shot of himself in character with his 58,000 followers.

He wrote underneath the picture: “Thank you so much for the warm welcome to the Outlander family!

“I’m so excited to get to work on this wonderful show.

“Such a fantastic cast and crew. I’m overwhelmed by all the love and kindness that has come my way since they announced me as Willie. Time to get to work!”

Filming on the first block of Outlander season seven has already been completed with the cast and crew hard at work with the story following the corresponding novel in the series An Echo in the Bone.

Outlander season 7 is in production now