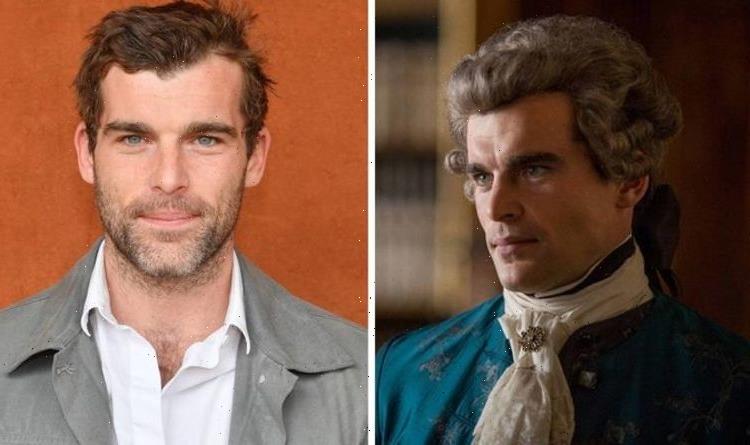 Outlander may have started off as a time-travelling romance story between Claire (played by Caitriona Balfe) and Jamie Fraser (Sam Heughan), but there has been plenty of cruelty, violence and death in every series. One of their enemies in the early days of the Starz series was French nobleman Comte St Germain (Stanley Weber) who wanted his revenge against Claire. Fortunately for her, St Germain did get his comeuppance in the end with help from Master Raymond (Dominique Pinon).

Back in season two, onboard Comte’s ship Patagonia, one of the seamen is believed to have smallpox.

Claire decides to publicly confirm this which means his ship, cargo and profits are lost.

Comte is furious and warns pregnant Claire that she would pay for her actions.

He doesn’t hesitate to act either as he poisons her with bitter cascara which made her very sick.

Claire collapsed after drinking the poison and was rushed to the doctors.

Sadly, Claire gave birth but she was stillborn, much to her distraught as she knocked over a Virgin Mary statue.

Mother Hildegarde (Frances de la Tour) tells a dying Claire that she had named her deceased child Faith and had baptised her.

She did manage to pull through though, potentially with some magical help from Master Raymond, and they both wanted justice.

As part of her payment to the king for getting Jamie out of Bastille, she helped to sort a trial to find out if the men accused of black magic – Master Raymond and St Germain – needed to be punished.

So no one would die, she had them drink a potion which would make them visibly sick but not die, proving they were of good magic but Master Raymond had another idea in mind.

He poisoned St Germain’s drink, causing him to keel over and die on the floor in front of Claire and the king.

While St Germain was a devious yet interesting character, this had always been the intended fate for the nobleman.

The Starz drama is based on the book series of the same name by author Diana Gabaldon.

Outlander loosely follows the plot in the books with series two taking storylines from the second novel Dragonfly in Amber.

This moment of St Germain being poisoned is featured in the book and so it was always the intention that actor Weber’s character would be leaving the drama.

Describing the scene, the book reads: “He took the cup from my hand and drained it, his eyes fixed on mine.

“They stayed fixed, staring into my face, even as they glazed with the knowledge of death.”

Talking about the final scene, Weber told E! News: “I think he [St Germain] sees [Claire and Jamie] as good enemies, good people to be fighting against, so I think there is a sort of like almost unhealthy excitement about it, about fighting those two and trying to do some terrible things to them.

“So when it comes to that last scene and he gets stuck in this thing, I guess yeah, that’s fair enough, and he looks at her and he’s like, well played.

“You beat me, and I wouldn’t think that anyone could beat me.”

Outlander is available to watch on Starz and Amazon Prime Video.