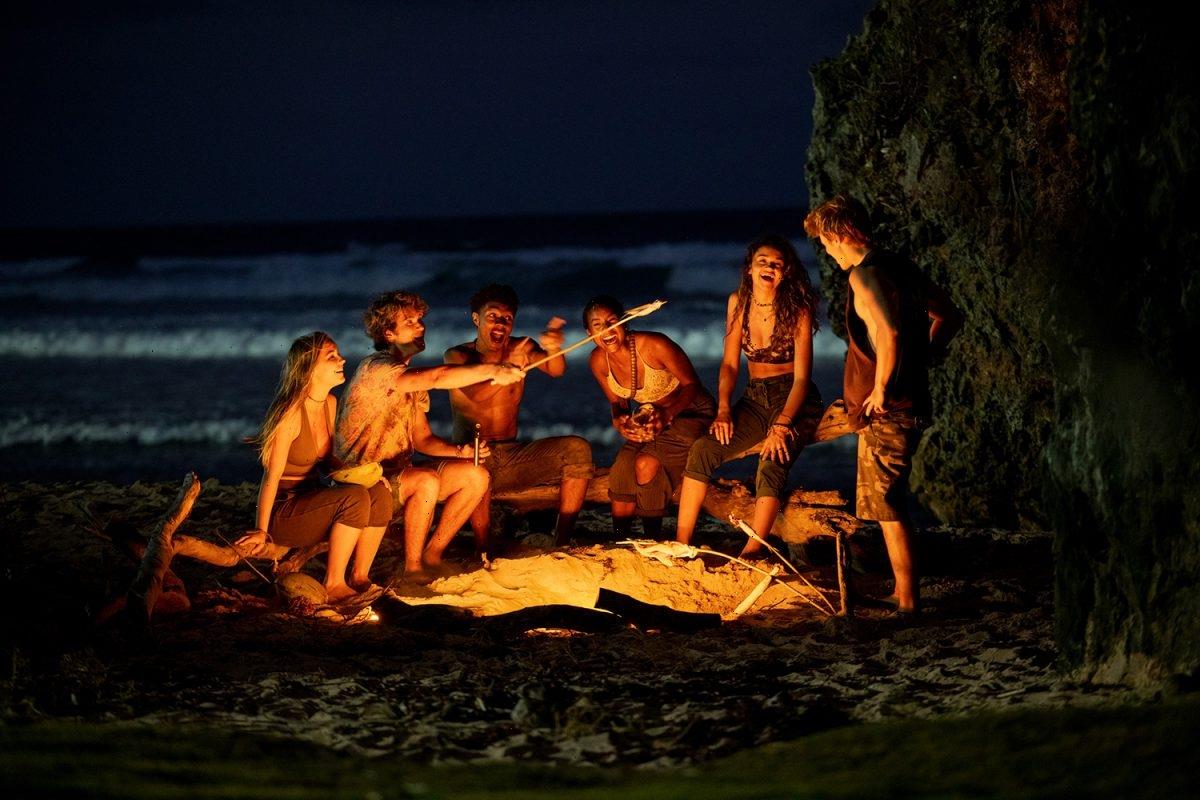 Outer Banks Season 2 had it all: action, romance, history lessons, mythology, and even some literary references. The premiere episode featured a quick reference to The Great Gatsby that even the biggest fans of F. Scott Fitzgerald’s novel might have missed. Here’s where to find the Easter egg and how it was symbolic to Outer Banks Season 2.

The Netflix teen drama’s season 2 premiere picked up soon after the events of season 1, with Sarah Cameron (Madelyn Cline) and John B. (Chase Stokes) aboard a ship headed to the Bahamas. Once they arrived in Nassau, the fugitive couple fled the port and hid on the rooftop of a local resort where Sarah’s family used to stay during their vacations.

Right across the water stood the Camerons’ massive second home, where Ward Cameron (Charles Esten) hid the $400 million of gold. When night fell over Nassau, John B. looked over to the mansion and noticed a bright green light shining in the distance. He promised Sarah he wouldn’t try to get inside the home without her, but he was drawn to the mansion anyway.

In The Great Gatsby, Jay Gatsby saw a similar green light every night when he looked across the water at Daisy Buchanan’s dock. However, the light disappeared once he finally met Daisy. The green light also disappeared for John B. when he arrived at the Cameron home.

The green light in ‘The Great Gatsby’ symbolized hope, dreams, and wealth

The green light remained a constant symbol throughout The Great Gatsby, but what did it mean? According to SparkNotes, the light was a symbol of Gatsby’s love for Daisy. After all, he purchased his home to be near Daisy and to see the light every night. It served as a reminder that even though Gatsby couldn’t physically see Daisy, she was still there “in the same world.” There was still a chance he would meet her again.

Daisy’s light also acted as a symbol of wealth, as Gatsby used his money to throw extravagant parties in the hopes that Daisy would attend. Finally, the green light was linked to the American Dream — in The Great Gatsby, that meant the desire to reach wealth and a higher social status from a lower-class starting point.

The Great Gatsby Easter egg might have been significant to Outer Banks Season 2 for a few reasons. For one thing, there’s a parallel between John B.’s quest for a better life by obtaining the gold and Gatsby’s similar rags to riches journey. It even foreshadowed the American Dream theme of a later episode, where Kiara (Madison Bailey) and JJ (Rudy Pankow) discussed how they would spend their shares of the money.

In a way, the green light also might have served to remind John B. of the importance of finding the gold beyond the financial gain it would provide. He began searching for the treasure in honor of his father, Big John Routledge (Charles Halford). John B.’s love for his father pushed him to finish Big John’s mission.

The treasure hunt also brought the Pogues even closer together, as the cast explained in an interview with Entertainment Weekly.

“The treasure, in general, is like a goal, rather than like a necessity, and when the Pogues have a goal they work better. But this is bigger than just winning and getting rich,” Pankow said.

“It ties in for all of our characters to understand that the show is not about the gold. It’s about friendship and family,” Bailey added. “We’re all brought closer together and realize that all that’s ever mattered is family.”