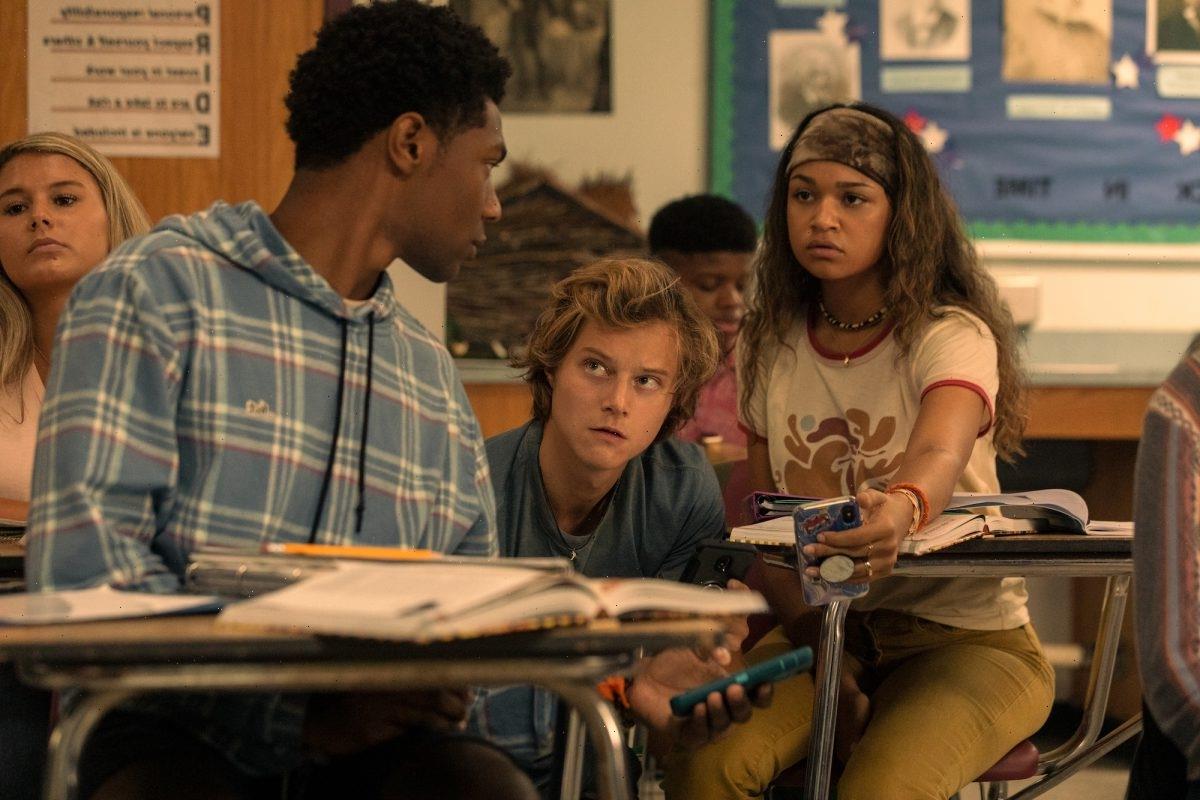 Things are starting to look up for John B. (Chase Stokes) after he and Sarah Cameron (Madelyn Cline) reach Charleston. Meanwhile, the Pogues connect with a mysterious Charleston Kook who has information that can exonerate their friend. Find out what happens in the Outer Banks Season 2 episode “Homecoming.”

After hitting a few bumps in the road, the Pogues make it to Charleston to learn more about the mysterious letter Pope (Jonathan Daviss) receives from C. Limbrey (Elizabeth Mitchell). “They’ve run Charleston for like 300 years,” Kiara (Madison Bailey) says as the Pogues arrive at a sprawling mansion.

Pope is greeted by Carla Limbrey, a well-to-do woman with a mysterious gait, and her eerie henchman. “To finding the unfindable,” Limbrey says. She also mentions her “long and tortured” past with Ward Cameron (Charles Esten). Previously, they were partners in the search for the Royal Merchant.

“I’m afraid Big John Rutledge (Charles Halford) is not the only one Ward Cameron double-crossed,” she says. Then, Limbrey reveals why she’s summoned Pope to her home — she has a recorded phone call stating Rafe Cameron (Drew Starkey) is responsible for Sheriff Peterkin’s (Adina Porter) death.

While Carla can exonerate John B., she wants something in exchange — Denmark Tanney’s key. Pope doesn’t know what she’s talking about, but Carla believes Pope’s family has the key.

Limbrey shares the tale of Denmark Tanney, one of Charleston’s most famous ex-slaves. Tanney was a freed man who was wealthy enough to buy the freedom of his three sons. But when he tried to buy his wife, Cecelia, and daughter’s freedom, Limbrey’s paternal ancestors refused.

Eventually, Tanney’s wife tried to run with the baby. She was chased by hounds and drowned, but the baby survived. Tanney was hanged for abetting a slave, but in reality, he was only trying to gather the remains of his wife.

“The key leads to the cross, the cross of Santa Domingo; the real treasure lies at the foot of the angel,” Limbrey says in “Homecoming.” Despite losing the $400 million in gold to Ward, it looks like the Pogues have more treasure to hunt this season.

‘Homecoming’ reunites the Pogues in the Outer Banks

After a wild chase scene through Charleston, the Pogues link up with John B. and Sarah. The group manages to escape Limbrey’s clutches, sailing back to John B.’s paradise for a homecoming party.

“Stupid things have good outcomes all the time,” J.J. (Rudy Pankow) tells Sarah, who thinks it’s a bad idea to be partying in such a locale. As it turns out, she isn’t wrong.

Rafe Cameron struggles knowing John B. is back in the Outer Banks

When Rafe finds out John B. is back home — he’s spotted by a Kook while getting beer for his homecoming — he visits Barry (Nicholas Cirillo) for a weapon. “You need to go at this s— like a freaking soldier,” Barry tells him, wary of Rafe’s erratic ways. But the Cameron money is too tempting and Barry gives him a gun anyway.

Together, he and Rafe head to John B.’s Pogue compound. Frustrated that he can’t find the Pogues hiding in the tree above him, Rafe starts shooting his gun aimlessly, justifying Barry’s concerns.

Sarah Cameron confronts Ward and John B. is taken into custody

After avoiding him in the Bahamas, Sarah finally confronts Ward in episode 4. “Do you remember the night of the storm?” Sarah asks her father. “You promised that if I came back, you would tell the truth. I’m going to testify against you.”

She wants him to convince Rafe to turn himself in. But Ward won’t do that. In his opinion, John B. is greedy and the reason Sheriff Peterkin is dead, albeit not the murderer.

By the end of “Homecoming,” the cops are aware of John B.’s location. They swarm his hideout and, after a brief beating, John B. is taken into custody. Like Stokes told Netflix Life, “it’s going to be another wild ride.”